The housing complex “LEGENDA Dalnevostochnogo” completes one of the newly-built blocks between the Neva and the Prospect Bolshevikov metro station. Over the recent decade, this area has been rapidly developing: the former industrial parks are being renovated and turned into housing projects, and the infrastructure keeps on growing – in addition to various shopping malls, this place boasts the Ice Palace and the base of SKA ice hockey club, the towers of the business complex “Morskaya Stolitsa” (“The Sea Capital”) are in construction, and there are plans for building the Soyuzny Prospect here, as well as a new section of the East High-Speed Diameter here.

The circle that is the closest to the metro station consists of standard prefab houses of the 1990’s, followed by the colossal housing complexes of the 2000’s, and the more human-friendly buildings, if not in height, then at least in the diversity of the facades. The city block, where LEGENDA was built upon the project of Evgeny Gerasimov and Partners is essentially a mix of the two recent phenomena: the housing complex RIO with its multicolored balconies echoes the housing complex “Skladskaya 28”, with unassuming slabs of houses between them. On the other hand, the city block has a clear-cut perimeter structure, and LEGENDA in this respect is the last missing link that completes it and marks the corner of the Dalnevostochny and the future Soyuzny avenues. 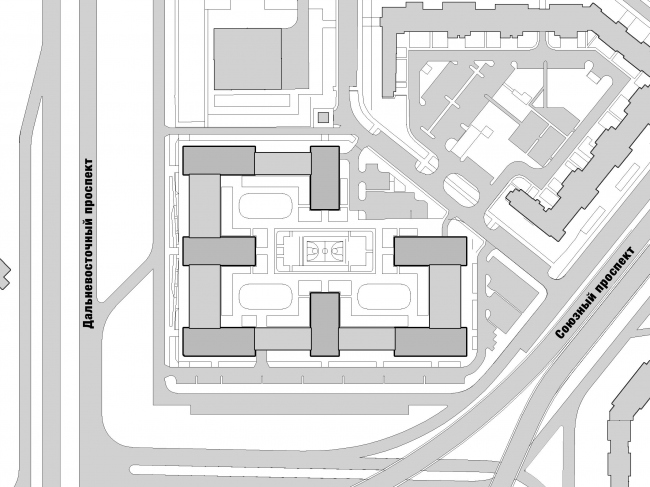 Evgeny Gerasimov shares that the architectural solution is based on the Leningrad town planning tradition with its “clarity, order, and logic, all existing in some certain economic and aesthetic conditions”, as well as has a certain oriental twist to it, as a tribute to the local toponymy, which also matches the overall minimalist concept.

The architects considered several composition options; at the same time, in all of them the volumes supported the street front: with a closed city block and towers, slabs of different height, various twists and turns of the sections. Eventually, however, they settled on a solution that was deliberately laconic: seven towers with a rectangular plan are placed alongside the borders of the land site, joined together with a two-story gallery. Three corner buildings are oriented on the street lines; four “intermediate” ones go deeper inside the yard. What the architects ultimately ended up getting is an open city block with plenty of space and light: the spaces between the buildings are large, which helps the complex to maintain its silhouette, because the sections are clearly viewable in the “gaps”, and various interesting views are seen from various vantage points. 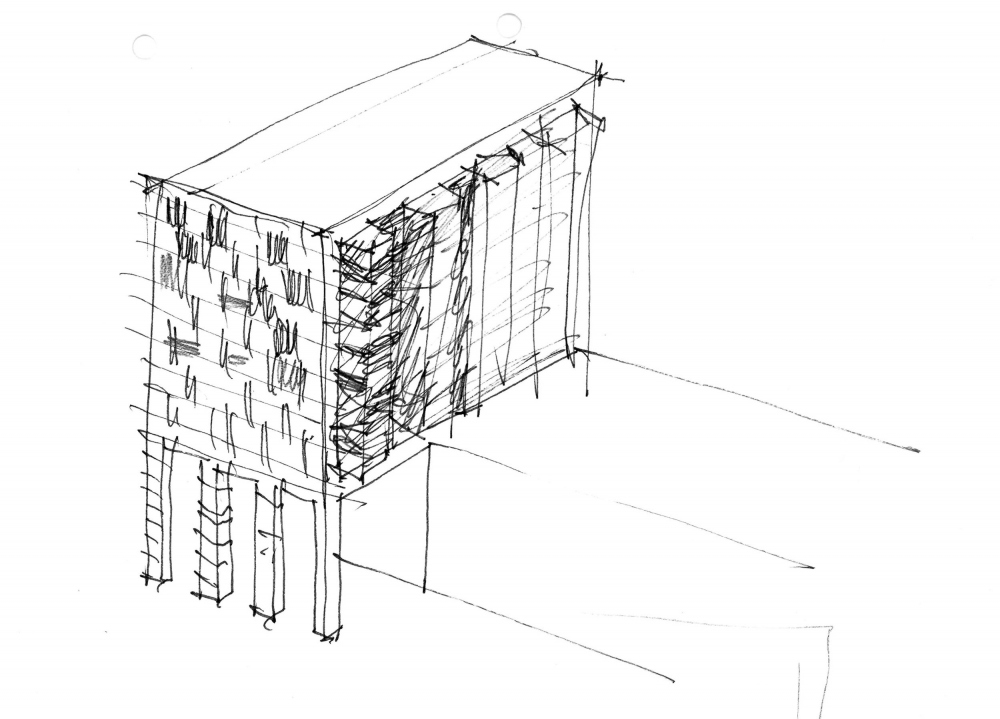 As an offset to the pristine and laconic surface of the complex, its facades are deliberately asymmetric: the windows and the balconies follow a set rhythm, yet its color accents – strokes, dots, and intertwining ornaments – arrest one’s gaze and make one look for repeating patterns. The side ends of the towers are flat; they are coated with light-colored ceramic granite. The broad wall is more tactile and has more plastique about it thanks to the wood-imitating panels, color contrasts, and balconies. Getting back to the oriental allusions – the light-colored side of the buildings looks like neat bento boxes, while the dark side like makisu bamboo mats with an array of stanza “rolls”.

The air pillow of the gallery – an element quite unusual for complexes of such class, with columns, pilasters, and transparent glass – vividly reminds us about other samples of local architecture: the House on Pillars on the Novosmolenskaya Waterfront or the Ivan Fomin and Evgeny Levinson House on the Karpovka Embankment. 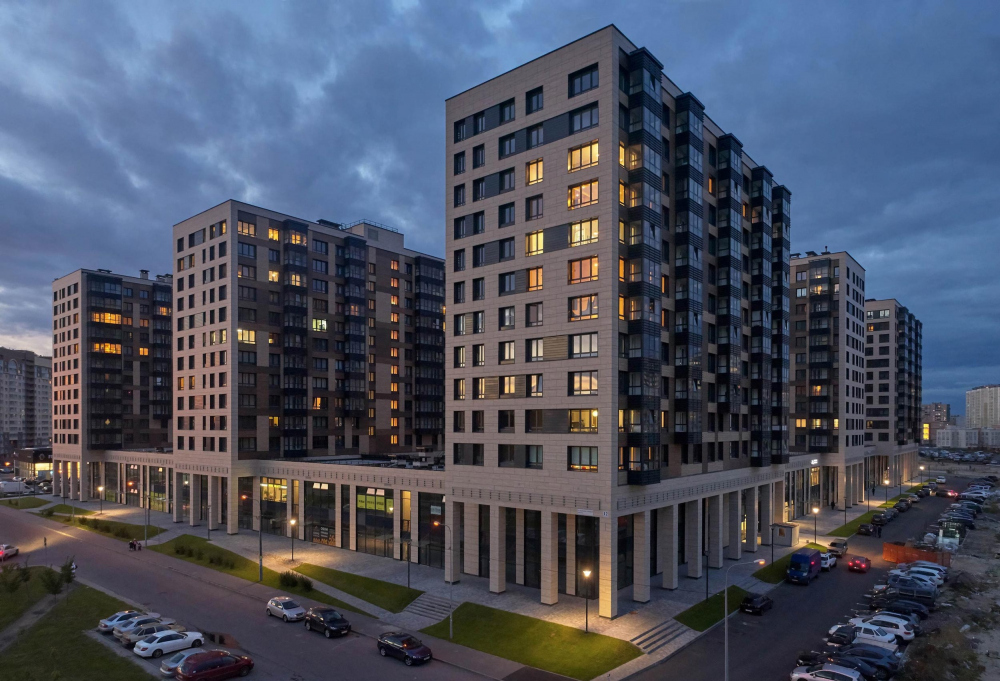 The yard is also unusual – Evgeny Gerasimov claims that in this case he took the landscaping work to a whole new level. First of all, there are many different spaces with different scenarios here. In the middle, there is a universal sports field; in the cozy corners, fenced off by the buildings, there are three recreation areas for different age brackets: the architects thought not only about the little ones but also about the teenagers (which quite a rare case), and about the grownups. All the areas are connected with trails and small spots for quiet recreation. A special mention should be given to the galleries of the entrance groups: these create a smooth transition from the street outside to the house, a place protected from the wind and the rain, where one van wait to meet somebody, and the kids can play longer. Another thing that invites people to spend more time outside is the outdoor armchairs: one can enjoy here a cup of tea while reading a book or just sit here working with a laptop. This seemingly unassuming element at once takes the yard to a higher level of modern standards for public areas.

Second, the zones of the yard are organized so beautifully that the yard, without any exaggeration, can be called the fifth facade; it makes one feel good just to look out the windows here. Each of the venues has a paving pattern of its own, while the landscaping spots merge together into a single, seemingly chaotic, yet well-thought-out, like in a stone garden, composition, which offsets the geometric rigidity of the architecture. Due to the fact that the underground parking garage runs underneath the perimeter of the building, the yard will get more “oases” of trees and shrubs – promises the developer. The apartment layouts in this complex are of the “smart” category: they were developed with consideration for various lifestyles of the future residents – from a single young man to a family with two kids and grandparents, so that in small apartments every square inch was useful, and the larger ones would get the “luxury of spaciousness”. From the housing of a higher class, the architects also “borrowed” the bedrooms with walk-in closets, children’s rooms with bathrooms, and bathrooms with windows. The total catalogue contains 250 basic planning solutions, all of which are patented. Evgeny Gerasimov emphasizes that the entire complex is bound together by repeating details. For example, the natural materials are first seen on the facades and are later on continued in the landscaping concept; the gallery is there both on the inside and outside, and the “Japanese” and “Leningrad” traditions also coexist on more than one level.

“LEGENDA Dalnevostochnogo” is the developer’s fifth joint project with Evgeny Gerasimov and Partners, and the second realization. Yet another housing complex of the same “smart” category, “LEGENDA na Komendantskom”, is being built on the other end of the city, and demonstrated quite a different approach, conditioned by the context: an urge to stand out with bright multicolored squares. Also, in the Petergofskoe Highway, “LEGENDA Geroev” is in construction, which includes all of the techniques seen in the two previous projects, and vividly demonstrates that mass housing can be indeed diverse, comfortable, and beautiful.
Text by: , Evgeny Gerasimov
Translated by Anton Mizonov 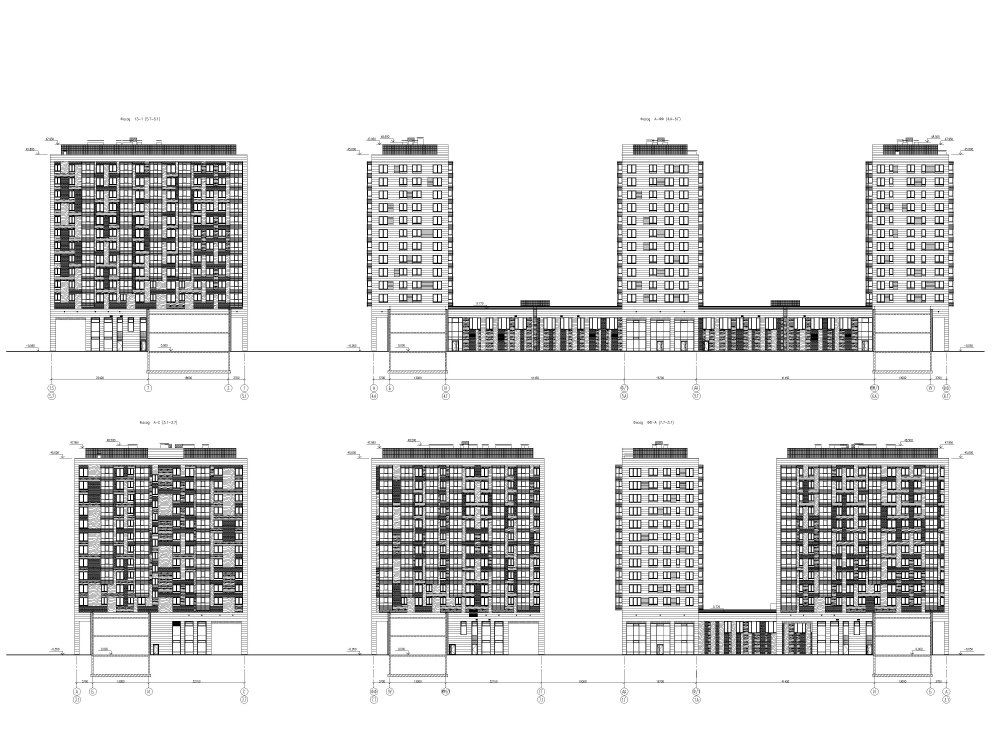