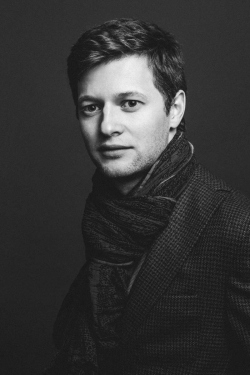 Sergey Pereslegin graduated from Moscow Institute of Architecture; he studied under the guidance of the professors Kudryashov and Michael Eichner.
After graduation, he did a course in the Technische Universität München under the supervision of Peter Ebner.
Graduated from the post-graduate courses in the Research and Development Institute of Architecture and Urban Planning of Russian Academy of Architecture and Construction Sciences.
Sergey worked in the Austrian/German architectural company “E+E architecture+urban design” and in the Swiss company “Arch4”.

Since 2013, Sergey has been the partner of Kleinewelt Architekten. Sergey Pereslegin is the author of many built and in-construction projects, including the Winery House in Gai-Kodzor (Armenia), the Movie Theater in the Gorky Park, reconstruction of the former “communal kitchen” on the Novokuznetskaya Street in Moscow, Mercedes and Audi dealerships on the ZIL peninsula in Moscow, “Park of the Future” at Moscow’s VDNKh, and others.

Sergey Pereslegin holds classes at Moscow Institute of Architecture at the Department of Residential and Public Architecture. 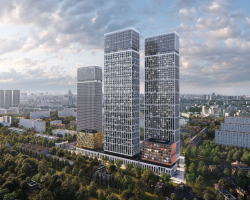 The winner of the competition for the best renovation project for the complex of buildings of the “First Exemplary Printing Works” became Kleinewelt Architekten with a project that can arguably be considered a breakthrough to a whole new level of material and emotional comfort.
see All Archi.ru Texts / Sergey Pereslegin