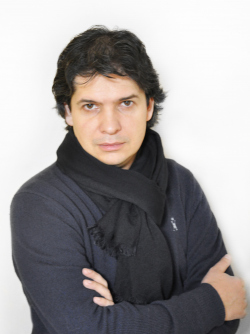 Vsevolod Medvedev was born in 1974 in Moscow. In 1997, he graduated from Moscow Architectural Institute – MARKHI. In 1997-2002, Vsevolod worked in “Mosproject-2”, in Studio №2 headed by Dmitry Solopov.

Since 2016, Vsevolod Medvedev is the Vice-President of the Union of Moscow Architects.

A school for children with disabilities, a juvenile correctional facility, an orphanage… the students of Moscow Architectural Institute are creating a new image of modern education.

A bridge that looks like an ancient fish skeleton, an art object in the shape of a giant heart and no samovars or gingerbread – a contest project for improvement of the historical center of Tula from “4izmerenie”.
see All Archi.ru Texts / Vsevolod Medvedev