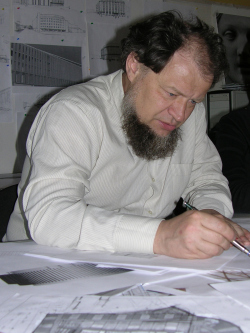 Nikita Yavein was born in Leningrad (St. Petersburg) in 1954 to the family of a prominent architect and theoretic of architecture, Igor Yavein. In 1977 N. Yavein graduates from Leningrad Engineering and Construction Institute (today it is Saint-Petersburg State University of Architecture and Civil Engineering), Department of Architecture. 1977-1989 Yavein works for various project companies of St. Petersburg as architect, then works as chief architect and the head of architectural group. In 1990, together with a number of associates he founds personal architectural studio which a few years later gets the name “Studio 44”

In 1994 there begins a new stage in the architect’s career – he accepts the proposal for the committee chairman of state control, use and protection of monuments post. Years of this work were devoted to development and putting into effect the programs of saving and development of historic centre of St. Petersburg, restoration of the city’s architectural heritage.

In 2003 N. Yavein leaves the post and focuses entirely on his architectural practice. Yet, he remains to be a notable social figure: he gives course of lectures in St. Petersburg Academy of Fine Arts; he is a board member of Union of Architects, Russian Federation, and its department in St. Petersburg. He takes part in work of a few scientific and social companies on issues of urban planning and saving of the city’s cultural heritage. In 2001 N. Yavein was given the title of Honored Architecture of Russian Federation. 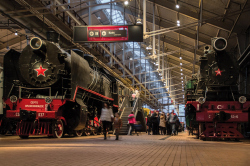 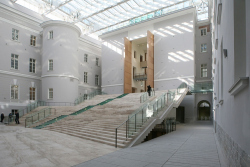 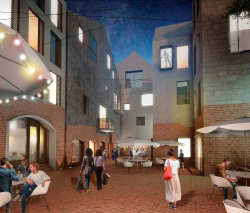 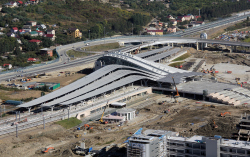 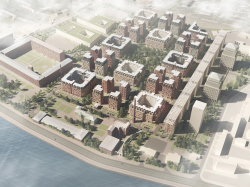 The project of the housing complex “Krasin”, designed for the historical center of St. Petersburg, and situated in a very obliging place – next to the Mining University designed by Voronikhin, yet bordering on an industrial area – became the result of a thorough analysis of the specifics of historical construction on the Vasilyevsky Island, and a subsequent synthesis with avoidance of direct stylization, yet forming a recognizable silhouette, resonant with the “old town”.

Proposed by Nikita Yavein, the concept of a museum, educational, and memorial complex to be built in the city of Sevastopol avoids straightforward accents and over-the-top dramatics, interpreting the history of this place along with the specifics of its landscape, and joining the public space of the operated stairway and amphitheaters with an imposing monument.
see All Archi.ru Texts / Nikita Yavein