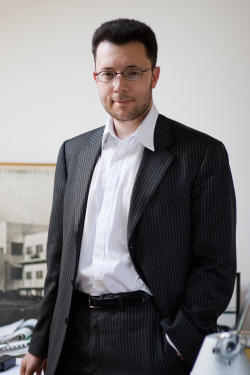 2015 – laureate of the “Golden Section” award for the project of a mixed-use center situated at 77-79, Zemlyanoi Val, Moscow, Russia
2015 – “Quality Architecture” award for design and construction of a private residence in the settlement of Krasnovidovo, Moscow Region, Russia
2011 – golden diploma of the international festival “Zodchestvo-2011” for the reconstruction project of a residential building with an underground parking garage, located at 14, Bld. 3, Trekhgorny Val, Moscow, Russia.
2011 – diploma of the Union of Architects of Russia for the complex “Maly Akhun” with 1 325 hotel rooms in the east part of the Imereti Lowlands, Sochi, Russia
2011 – the Vasily Bazhenov medal for "High Architectural Mastery"
2009 – special prize of the American Institute of Architects, a silver medal, and a laureate diploma for the multifunctional recreational complex in Dubai at the INTERARCH World Triennial of Architecture, Sofia, Bulgaria
2007 – silver diploma of the competition of the architectural projects 2005-2007 organized within the framework of the “Zodchestvo” Festival in the “Projects” nomination for the multifunctional recreational complex at the Primorskaya Waterfront of the “Solnechny” Beach and the Frunze Park in Sochi. 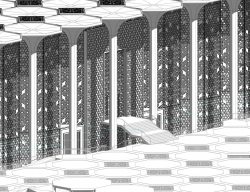 This project by “Ginzburg Architects” scored first place in the international competition for a draft project of a Cathedral Mosque in Kazan, dedicated to the 1100th anniversary of the adoption of Islam in Volga Bulgaria. The concept of a “white garden”, which the architects presented in modern shapes, interprets the rules and notions of Islam and refers to historical figures. Below, we are examining the project in detail.

Natalia Koriakovskaia. ​“Architectural Archaeology of the Narkomfin Building”: the Recap

One of the most important events of 2020 has been the completion of the long-awaited restoration of the monument of Soviet avant-garde architecture – the Narkomfin Building, the progenitor of the typology of social housing in this country. The house retained its residential function as the main one, alongside with a number of artifacts and restoration clearances turned into living museum exhibits.

Ginzburg Architects finished the restoration of the Narkomfin Building’s laundry unit – one of the most important elements of the famous monument of Soviet avant-garde architecture.

The project of developing the western part of the Nagatinsky Peninsula was developed and readjusted by Ginzburg Architects four times; the company would superimpose, layer by layer, one concept after another, forming a unique case of urban development. In this article, we are bringing to your attention all the four of them, starting from the company’s collaboration with William Alsop.
see All Archi.ru Texts / Alexsey Ginzburg