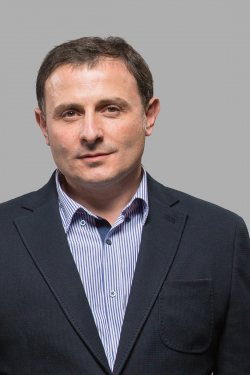 Zurab Bassaria was born in 1968 in Tbilisi. In 1987, he entered the Georgian Technical University. In 1997, he graduated from Moscow Architectural Institute. In 1997-2002, Zurab worked in GUP “Mosproject-2”, in Architectural Studio №2 headed by Dmitry Solopov.

A bridge that looks like an ancient fish skeleton, an art object in the shape of a giant heart and no samovars or gingerbread – a contest project for improvement of the historical center of Tula from “4izmerenie”.

Alla Pavlikova. In the Rhythm of a Cruise

Another project prepared for Radisson Blue Moscow Riverside contest: the architects of “4izmerenie” bureau interpreted the form of the company’s logo and combined it with a southern resort air. 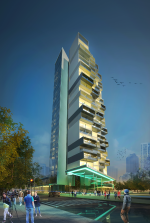