Routine of the world behind a mirror

Construction project of the new buildings for IMET RAN will probably remain on paper. But it is remarkable because vividly represents the new wave of contextual architecture – large mirror-buildings which “absorb” surrounding, reflect it and create “another”, theatrical reality of the city.

Driving along Leninsky avenue uptown, after the semiround Gagarin square, there will be a certain scene. To the right, there are brick buildings of the Stalin late period protecting their yards standing in giant solid square. To the left following the idea given by Kazakov and Bovet in the beginning of the avenue, there step out pompous palaces of the Academy of Sciences. They are like manorhouses where everything is much larger, from the masterplan to capitals (Corinthian, as a rule). Master plan is symmetrical as well, with courts of honor and side wings. Large, grand, splendid, massive palaces. They have large territories.

“Sergey Kiselev and partners” company have developed a reconstruction project of one of the palaces – Institute of metallurgy and materials. This is an investment construction project: the institute gives the territory and in return gains a part of newly built area, the other part there will be occupied by offices. The four newly constructed buildings will surround the building with columns, following rhythm of the existing ones.

Obviously the project got into a very strict, integral after-war context. It responded through the two large ”front” constructions, viewing Leninsky avenue, turned into mirror-buildings.

They include the two parts: they are stone buildings from the back side, shaped by huge steps, their fonts are shaped by plain stripes of windows and horizontal balconies (the two smaller “yard” buildings are the same). Mirror boards are attached to the plain volumes and are one third taller. Joints are maximally smoothed in order to make the surface more solid. They are on the north-west side and most of the time they are in the shadow, and the giant mirrors are designed to reflect the lighted opposite side, and the sky.

“Mirrors” are giant, each includes 20 storeys. Fist they wanted to use glass of different degree of transparency to slightly enliven their surface, placing in chaotic “pixel” order. The architectural boarder passed the idea, but the client refused it. Office renters might not like irregularity of lightning. For that purpose they used long lamells put where glass planes meet, their height hides horizontals between storeys. Like it was raining and there appeared rare lines.

So, the mirrors are another method to enter the context. No curtsey, no ruche, stucco and such. The stone is just a giant support of mirrors. The idea is not new – since mirror is in plenty, architecture seriously thinks what it is reflecting. Well, mirror glass was used in baroque interiors (remember Tsarskoselsky palace). And half of architecture of modernism consists of glass and can’t do without it.

In recent years Sergey Kiselev’s company have been developing the “theme of mirrors” even more thoroughly, shifting from the plain shapes and grey-striped facades to giant glass panel screens which merge a building with the context, achieving almost cinematic realism. Such method was applied to the yard façade of “Hermitage-Plaza” where glass planes are turned towards the sky. And also to the project of a business centre by Paveletskaya Square: glass ”screens” make buildings more impenetrable and contextual, than the stone.

Such addictiveness to giant mirrors comes from giant scales – before, “Sergey Kiselev and partners” designed individual small buildings in the centre of the city, and large glass would be considered as a challenge rather than camouflage. Today, projects are 100-400 thousand sq m and methods are different. They must be invisible, like air or water, this is only way to hide huge constructions. Figuratively, of course. Buildings are well-seen. It seems to me this play with mirrors is rather theatrical and their audience must feel and imagine in order to make it work, “absorb” its surrounding and show the world behind the looking glass.

Only, these mirrors won’t take shape. The new president of IMET RAN wanted the buildings to be constructed closer to the red line of Leninsky avenue. But glass giants can’t be moved so close, even if they are glass. And they can’t be lower, the investor won’t gain the needed spaces. This is the reason why the project won’t be realized, it will remain on paper. Behind the world of looking glass. 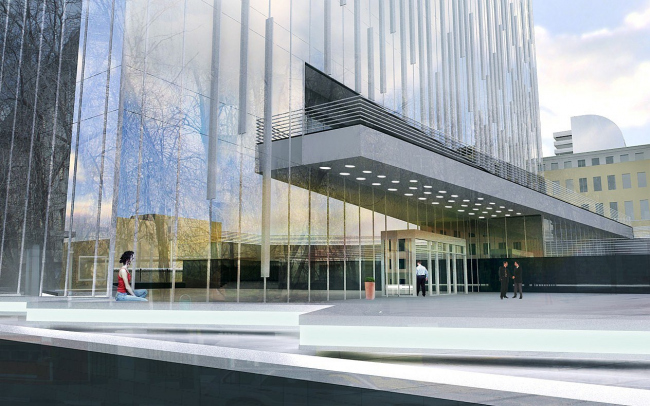 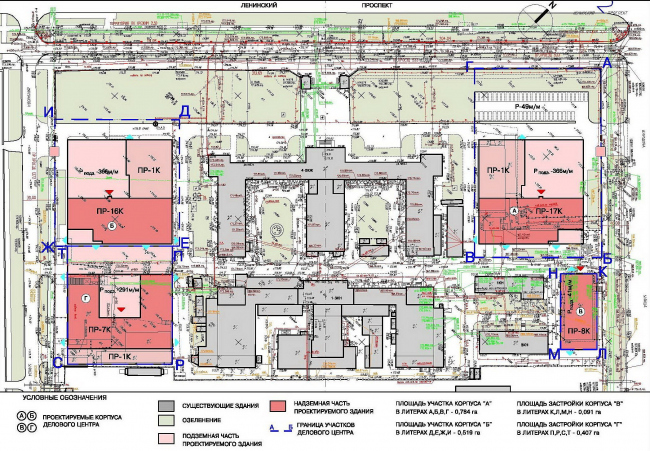 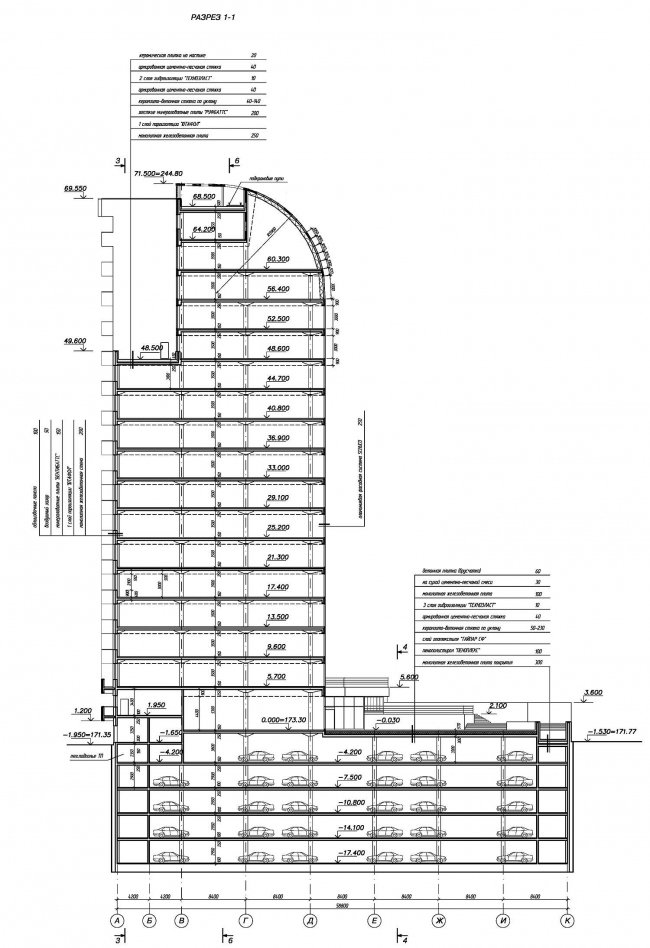