Compilation and modern interpretation of the context

Ilya Utkin, one of the three winners of "Tsarev Sad" ("Tsar's Garden") contest, talks about his project and the contest itself.

Ilya, what you do think about the contest and its results?

Frankly, I do not understand the results of this contest and do not understand its purpose at all. Agreeing to participate in it, I assumed that the customer would not want to make any radical changes to the already-existing project. Generally speaking, everything was OK with the customer - the volumes and the dimensions of the building, and its square footage, while architecture per se did not matter at all against this background. Getting a new and clear architectural and town-planning solution was something that the architectural community was after, as well as the experts and the historians. They wanted to see a different architecture in this place. Apparently, it is because of this that the contest ever took place. However, its results and its three winners will give the project absolutely nothing. In reality, this is absolute stupidity.

As for me personally, I guess everyone knows my branch of architecture. If I am invited to participate in this or that contest, that means that the organizers and the customers are interested to know what I can say on the given subject - meaning they want to know what Ilya Utkin thinks about that. And in this case I simply expressed my opinion.

What concept did you propose for this land site?

Having studied the situation in detail, I proposed the concept that, in my view, was maximally contextual; my project preserved the historical image of the place. The new complex must become the final piece in the general composition, form the eventual appearance of the quarterly building of Kokorevskoe farmstead, from which today little is left. This place has a complex history, its buildings changed over different periods of time, several times they were rebuilt, much was destroyed and lost, unnecessary and inappropriate superstructures appeared there. I attempted to gather and to restore piece by piece the morphology of this land, to find the basis of its composition and to complete it with a powerful, dramatic and expressive “master stroke”. The symmetrical solution here seems to me the most appropriate one it answers all the tasks that were set before us. Utkin Studio, one of the contest winners. Photo courtesy by contest organizers.

The solution is based on the traditional layout of an expensive hotel of the early previous century. This is an extended building with a central entrance that is accentuated by the symmetrical facades of the side wings. Before the main facade, there is a long court, flanked by three-story structures. From the side of the Sophiyskaya Embankment, I proposed restoring the historical perimeter planning, while the courtyards were to be linked with passageways running through arched double-height openings. 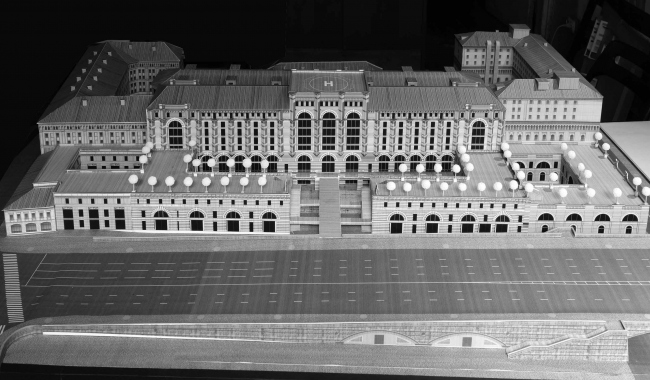 One can argue about the architecture of the complex, of course. Some people will even say that my project looks more like a train station or an airport. But I think it is far from that. Any architectural detail can be revised, shifted left or right a little bit - this is not what matters. What does matter, though, is finding the optimum volume/space/composition solution. And this is what my whole project was about.

What style would you prefer when forming the external image of the building?

The style that I proposed for the facade design may be called eclectic. This is a contemporary style that employs every architectural technique there is. This is freehand compositional design that uses natural materials exclusively. The tectonics of the buildings that are already there on the land site set the tone of the new construction. These are the arch spans, the facades coated with bricks, stone, ceramics, and metal. All the details of the project are conditioned by the environment. Besides, the architectural image was defined by the proximity of the Red Square, Saint Basil Cathedral, and the . My project also takes into consideration the architectural traditions of the late XIX century. This is some sort of a patchwork, compilation, and a modern interpretation of the context.

The specifications of the contest included "preservation and improvement of the Kremlin Ensemble from the apartments". You can only see the Saint Basil from the windows of each of the apartments if you use the classic "bay window" layout of the facades or if you use extended windows. Our proposal is based on the triangular bay window that protrudes a meter and a half from the wall surface. All the basic markers of the existing project that was developed by Vyacheslav Osipov, are preserved in my concept - because they were gotten by sweat of the architects’ brow in the course of the studio's three years' work. Fragment of the facade with triangular bay windows. Project by Utkin Studio

Project by Utkin Studio. Facade from the Kremlin side

Do you plan to take part in the development of the project on the conditions that were offered to you?

So far, I am not in the loop of all the intricacies of the implementation plan of the projects, I only heard some bits and pieces of how the contest ended, and I am afraid to even suppose how it might develop further on. I did not communicate with the commissioner on this subject either.

I would describe the whole situation, however, as “Swan, Crayfish and Pike” (A classic Russian fable by Krylov that has become the Russian idiom close to the English “circular firing squad” – translator’s note). As we all very well remember, the heroes of this fable never did move the cart off its place. Any project activity must be centralized and must be submitted to a single "brain center". There must be someone who is accountable for the fate of the building that is under construction; somebody who is capable of making the right decisions. In the situation where the borders of responsibility areas are vague, and important decisions are made by different people, it turns out that nobody - and I mean nobody - is responsible for the end result. And this is a system of ultimate negligence and irresponsibility. And, to be quite frank, I do not at all feel like trying to prove something and carry my own millstone in this situation.

Contest project by Utkin Studio. View from the side of the Moskva River
Text by: Ilya Utkin, Alla Pavlikova
Translated by Anton Mizonov 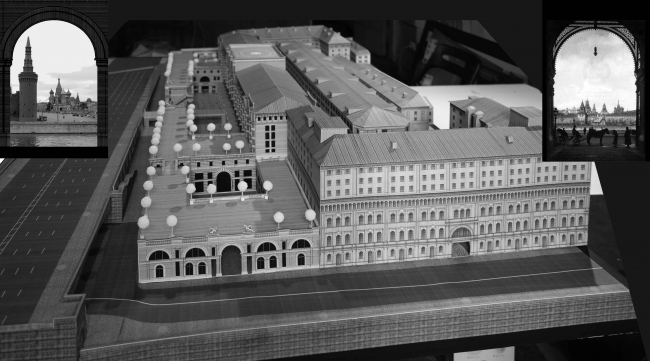 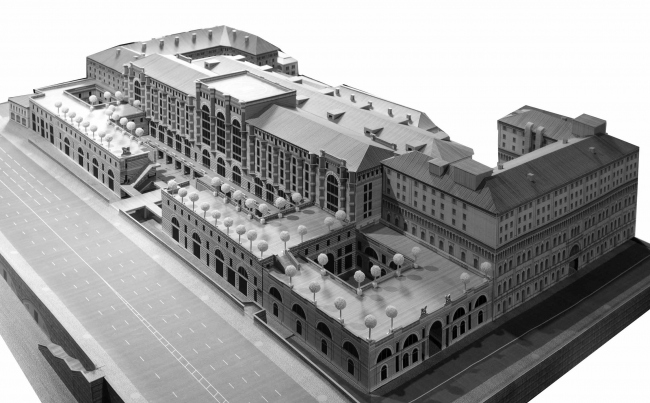 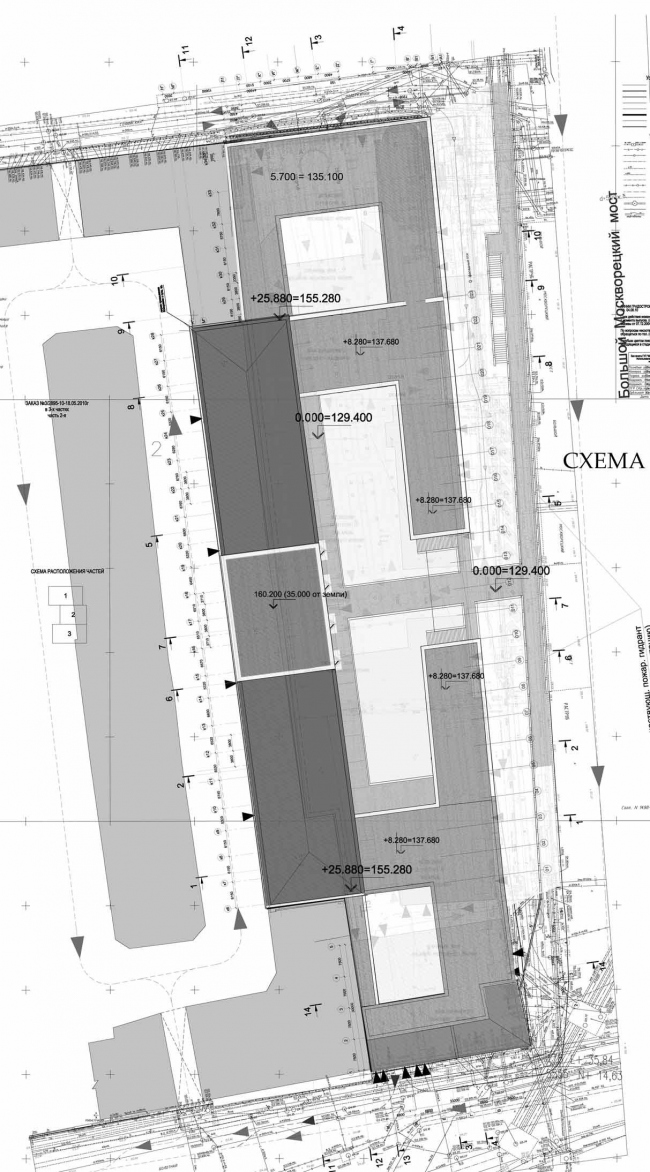