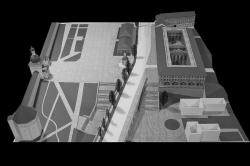 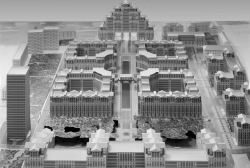 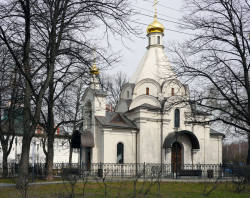 Lara Kopylova, Julia Tarabarina. ​Hearing the Tune of the Past

The Church of the Beheading of John the Baptist in the park near the Novodevichy Convent was conceived in 2012 in honor of the 200th anniversary of the victory over Napoleon. However, instead of declamatory grandeur and “fanfare”, the architect Ilia Utkin presented a concentrated and prayerful mood, combined with a respectful attitude of this tent-shaped church, which also includes some elements of architecture of orders. The basement floor hosts a museum of excavations found on the site of the church.

The housing project “Metsenat”, which occupies the area next to the Resurrection Church in Moscow’s Kadashi, has a long and complicated history, full of protests, victories, and hopes. Now the project is complete: the architects were able to keep the views, the scale, and a few historical buildings; we can examine the end result now. The project was developed by Ilia Utkin.

Alla Pavlikova. Compilation and modern interpretation of the context

Ilya Utkin, one of the three winners of "Tsarev Sad" ("Tsar's Garden") contest, talks about his project and the contest itself. 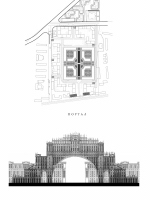 Administration building of Perm city has developed into a complex of the urban center in Ilya Utkin’s project. It combines the three themes: administrative building, office towers and a new traffic interchange, into a single austere Art Deco ensemble.
see All Archi.ru Texts / U-Studio