For the tourist resort "Cote d'Azure" that is located in Istra district of Moscow area, Totan Kuzembaev architectural studio has designed a guest cottage with facades that look as if they were multicolored wooden jigsaw puzzles.

Initially, the studio got the commission for designing the entire resort, and Totan Kuzembaev team developed the general layout and the master plan of "" resort, as well as the sketches of the public buildings and the solutions for improving the quayside and the embankment with its floating swimming pool. Against the background of such grand-scale work, the little guest houses were little short of being the most insignificant part of the commission. The architects even had the time to come up with such unusual volumes for the new resort as a suspended tea house and a dance floor terrace of a water-drop-shaped layout, when it turned out that the commissioner was only now planning to limit himself to the construction of cottages. Thus the initially peripheral project became the main and only one, serving to show how responsibly and unconventionally Totan Kuzembaev studio approaches the task of designing each and every tiny volume.

The initial specifications for the guest house were simple and as expectable as one could ever imagine - with a structure as economic as possible it was to look unusual and recognizable, have a convenient layout, and, generally, become the great getaway to spend your vacation in, one that makes you get back to it over and over again. At the same time, the commissioner intended to get a scalable project that he could multiply many times gradually increasing the number of cottages, and this is why Kuzembaev was to propose some sort of a versatile architectural solution that would only get better with being multiplied many times. And it was this very task itself that prompted the architect the image idea of the project: if one house here is part of the whole, and this whole is to be formed for years to come, then Kuzembaev thought it appropriate to liken the guest hose to a piece of a jigsaw puzzle. This metaphor found its reflection both in the name of the house and in the decorative design of its blind wall. The layout of the house grew literally out of its purpose: the most lapidary part with private and technical premises (bedrooms, bathrooms, stairways and the like) is complemented by the freely drawn recreation areas - both indoor and open-air. These areas are of a rather varying character: apart from the traditional space of the living room, joined with the kitchen and the dining room, there are open and closed terraces, elongated ramped galleries, green roofs, a barbecue spot, and even an open-air bathtub. The system of these spaces embodies Kuzembaev's yet another important idea that he himself calls a "Passe-Partout for the forest". In other words, this house is intended as a means of contemplating the surrounding century-old forest. This is why each separate room has in it huge transom-less window openings; the opposite walls of the living room slightly "open up" on the floor plan, setting the direction for admiring the beautiful scenery, and the open-air spaces of the house are really numerous - according to the architect, if one goes out to see the nature, he shouldn't bar himself away from it with any walls.

The premises are arranged in such a way that they smoothly "lead" the guest out of the inner space into the open one - via the roofed terrace onto the open-air terrace, and out of the gallery onto the gently sloping ramp. This idea is also implemented by the devices that in fact erase the boundary between the house and the woodland: the facade of the house overlaps with its interior, the railings of the terraces are transparent, and some of the living room walls are designed as vertical Venetian blinds. Besides, in accordance with the original design, the roof of the house will be pierced with green plants: so far this "green roof" idea has not yet been implemented but with modern insulation materials it should not present any difficulty.

The interiors of the house, supporting the Passe-Partout idea, are as laconic and clear as possible. Their main decoration consists in the massive glued beams that are part of the structural design of this framework house. Their array is a little bit more saturated than is necessary for performing the bearing function, which is made for the decorative purpose - the inner spaces take on a more dynamic feel. The design of the house has yet another solution in it, hat serves both utilitarian and aesthetic purpose. These are the stairways that lead to the second floor and double one another. One of them is located in the inner space near the bedrooms, and the other one is in the gallery that is separated with the Venetian blinds wall that echoes the rhythm of the beams with its verticals. This solution will give the owners of the house rent it out as a whole or rent out some of its floors only. Visually, the stairways are connected, and, together with the semi-transparent wall, and the passage running alongside the gallery, create the multi-layered space, a little tangled, and incredibly attractive.

It should also be noted that the "Jigsaw Puzzle House" exists in the single-story version as well. In the single-story the outdoor stairway leads to the accessible roof area, while the indoor one disappears, which makes the space even more simple and larger. As Totan Kuzembaev himself says: "While what city needs is beautiful and imposing edifices, here, in the woodland and near the water, one only needs architecture that is very simple and laconic". 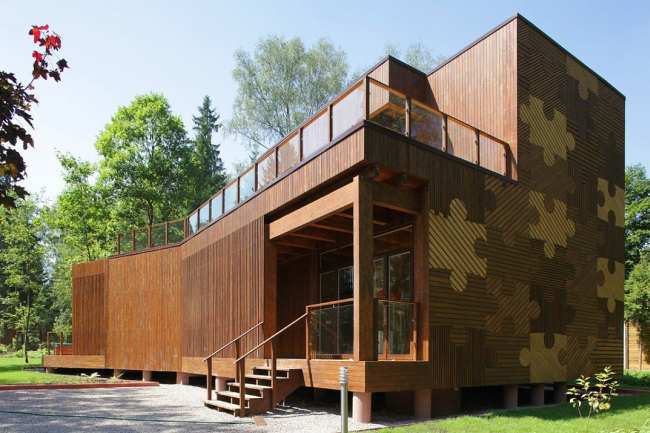 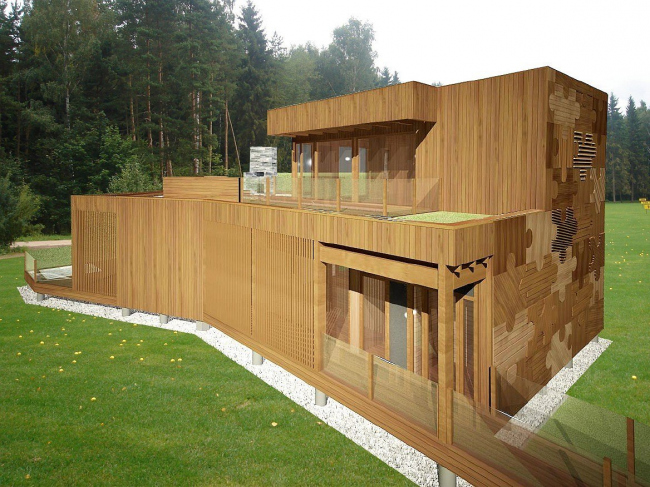 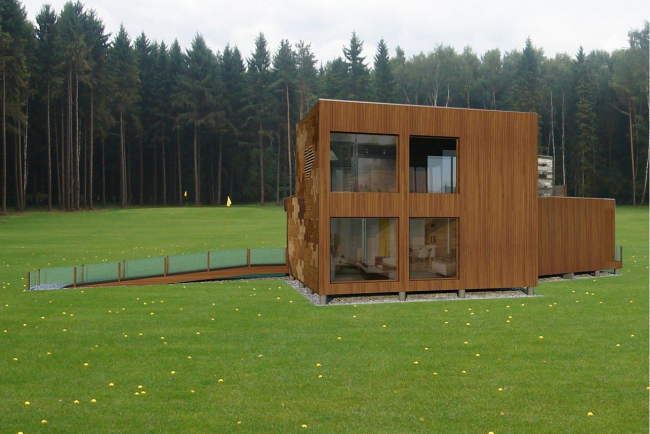 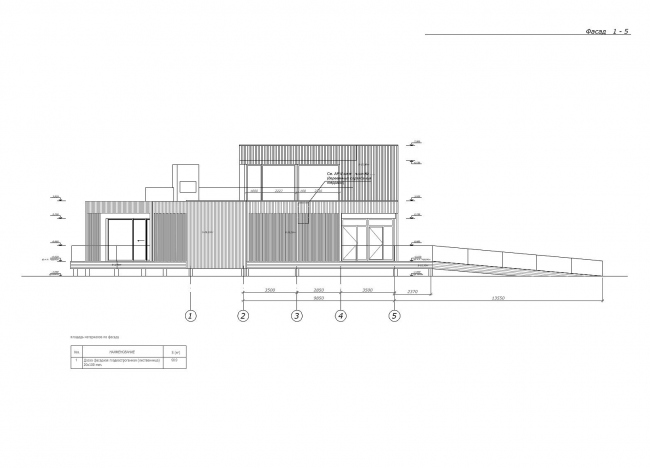 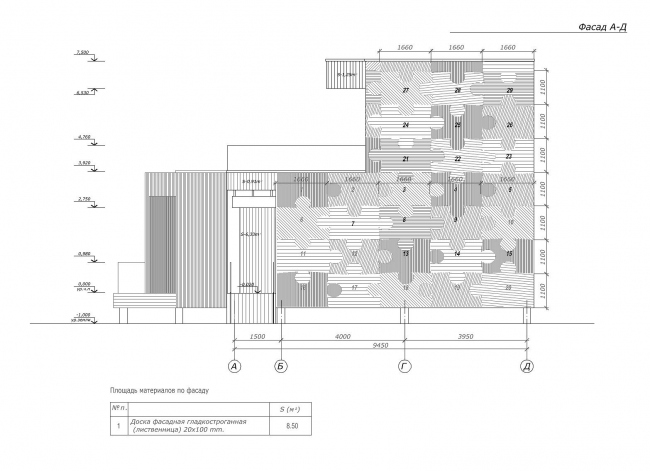