Stella Maris house completed last year and marked by a number of awards, is now nominated for House of the Year 2009 from Petersburg award. Looking at this house, we reasoned that, Peter the Great would, possibly, like such idea of Petersburg’s contextualism

Walking from Petropavlovskaya fortress to Strelka, one will see a few sailboats, as a rule with restaurants inside, moored to the banking. Once, there might be many of such along the Neva – now it is "retro". Anyway this is a very characteristic picture for St. Petersburg. This image historically typical for the city can be seen in the outline of the club house known as Stella Maris on the embankment of Malaya Nevka. The house is designed and constructed by Evgeny Gerasimov, and last year it received "silver” at “Zodchestvo” festival.

The most characteristic and recognized element of this house’s architecture is that it has two large arched canopies over the glazed penthouses of the four buildings. This is what makes the silhouette of building unusual, hinting at something seagoing at anchorage. The name also goes in unison with the architectural image – Stella Maris from Latin means a "Sea star". This poetical name is used in a wide range of disciplines from biology up to mythology, but also a ship can be named so. The house with the romantic marine name is a little like a ship and vaguely like those moored at Petersburg embankments.

Must say, a house-ship is so popular in modern architecture, that we can say quite surely about ten percent or even more of buildings have been once compared to a ship. But usually we compare to a modern ship, some ocean liner that itself is like a house, and interaction of images occurs in both ways so to say: many modern houses look like ships and many modern ships are like houses… And this idea is not fresh anymore. And it is different if think of a sailboat. It is new for comparison, there are few houses that look like a relic ship.

And here the allusion to a ship of the Peter I times calls to another – so beloved to Peter Holland, or lines of brick houses with steeply pitched roof built along its embankments. Lines are long, houses are alike, and roofs are high pitched. The brick alternates with stone. Stelle Maris is of that kind but different: roofs are not gable, but of "sails" type, a Dutch house of Peter I (for example) time grew together with a Dutch ship of those times. But this is just an allusion. No exact images and no pseudo-Amsterdam: however, we shall agree, it would be strange to put a ship mast onto the house even to remember the founding father of city. So the house on Malaya Nevka can be understood as a recognized image of reflections on one of Petersburg’s favorite themes, but nothing more – this is just a part of the building’s architecture.

The second side is obvious – this is a modern club house of elite level. It includes four alike volumes united by two and divided by a caesura in the middle. Through the hall of the ground floor it is possible to pass all the way from front entrance from Dynamo avenue to the exit to embankment and to private yacht quay. Higher the ground floors there are apartments, few as it is common for a club house, two on each floor in each half. Apartments have free layouts for a person or family, and terraces completely glazed, with a view to the river and opposite embankment.

Finishing of the building is high-end and various. Brick planes and glass ledges and balconies of bay window face the embankment. Here all works on mentioned earlier similarity to a Dutch embankment: the brick, much of glass, quiet rhythm and especially narrow vertical proportions of repeating volumes. On the yard façade there more Petersburg, than Amsterdam – here dominates stone facing with austere image imitating block of brick laying and very close to classical. The river façade is of glass, water and brick, the yard façade is of stone. Variety of textures is seen in the hall as well. There one can see marble and matte tile, bamboo and glass; wicker and leather furniture.

So, the house located nearby the seashore, is not large, elite, high-end and reminds minimum two favorite Petersburg’s themes – beloved Holland of Peter the Great and the ship (same in their main point). Here joins another Petersburg’s conversation about embankments. It is well known there are many in Petersburg and historically they were built up as “continuous façade” according to the tsar’s order. But Krestovsky island is far from the central part of the city, once countryside, and now a park place, it has almost no embankments. Well, there are a few fragments and one of them is located very close to Stella Maris – in front of the house number 6 of the beginning of 20th century (considerably damaged in this century). To this fragment of the embankment, the new club house’s one was attached, taking some part in improving of Malaya Nevka's banks. Maybe this was the reason why the architects had a wish to break the volume into four parts – visually extending this part of embankment, adding it more solid look. Anyhow, Peter I would be happy – such building of Krestovsky island’s banks, most likely, would please him – it follows the letter and spirit of the rules he made. 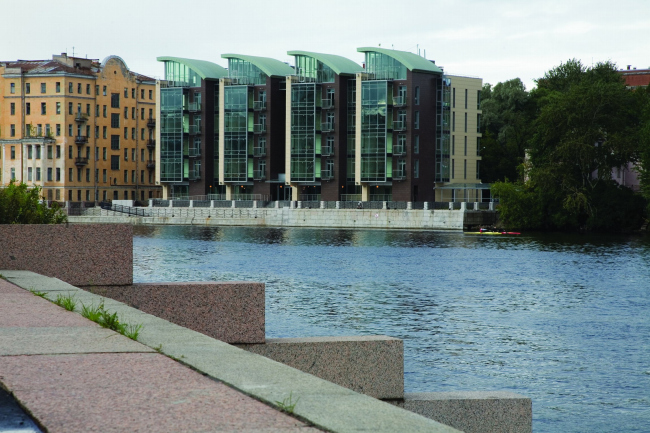 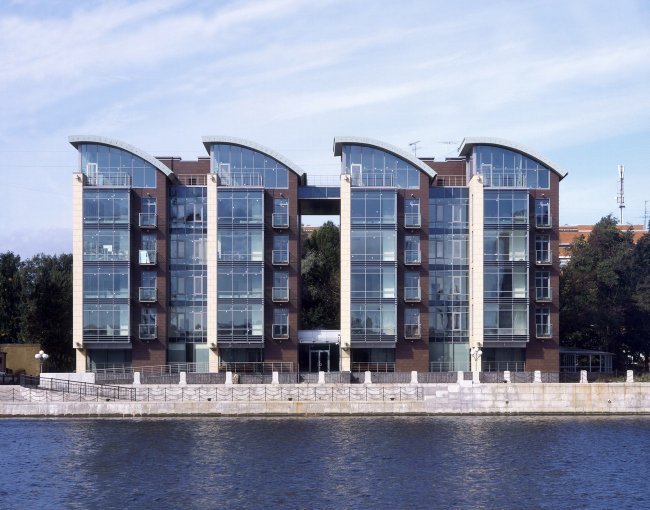 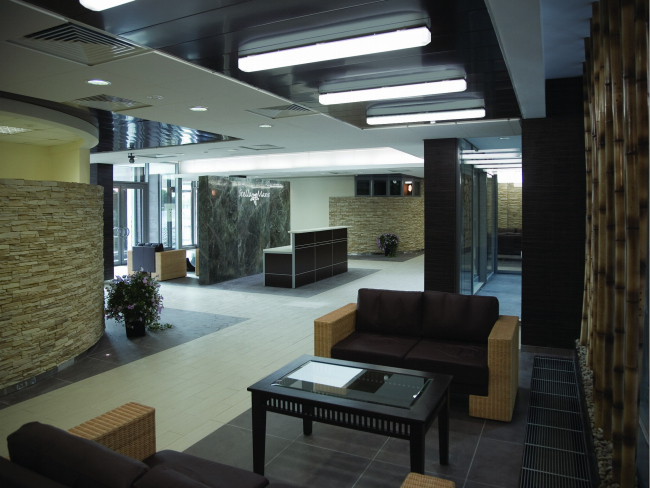 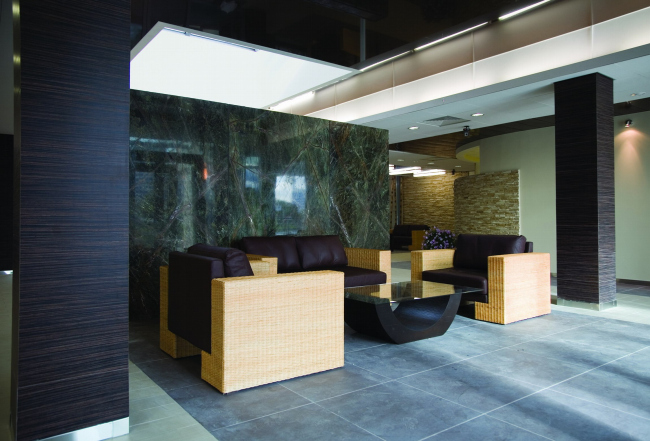 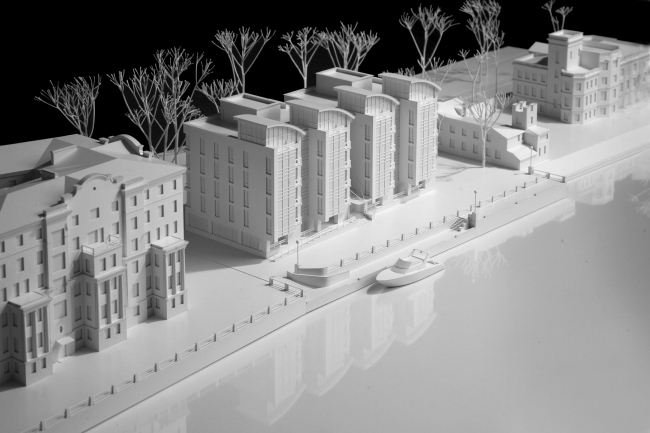