The project of the building on Granatny pereulok looks like a resumption of Sergey Tchoban’s graphic-ornamental searches started in St. Petersburg. Being grafted in Moscow the themes undergoes a number of changes, puts on stone and brings to life Byzantine memories which get an absolutely new interpretation here.

The chosen for the building site is simply exclusive, and for the other is merely significant because it is right by the Dom Arkhitektora [House of Architect]. For all the rest people the area is just nice, it is one of those parts of the capital centre that managed to save historical development and consequently – almost original urban environment of the end of 19th and beginning of 20th century. Classical embassy district, quiet, status, rich with various architecture – from such well-known masterpieces as private residence of Ryabushinsky by Fedor Shekhtel or house of Tarasov by Ivan Zheltovsky, to “ordinary” commercial apartment buildings constructed hundred or more years ago. They all had minimal influence of the soviet period and have even less of modern time. A zapovednik [a conservancy area]. Well, the eastern part of the site borders with one of such Moscow “zapovednik”.

No wonder a residential building will be elite in such company – “ostozhensky” format. Each of the three buildings will be 1-2storey and have just 27 apartments. Its volume composition is common for such types of elite houses in center – the building consists of the three volumes different in height, joined be high glass bridges of passages – from Spiridonovka side there is 9storey one, then closer to Granatny the height lessens to 6 and then to 4 storeys, responding to the presence of Empire house, a monument of architecture. The building are placed “cornerwise”, isolating the small square yard from which through the trees of the small neighbor garden the Dom Arkhitectora will be well seen.

For such elite buildings, in the centre of Moscow, many things are “foregone” – their height is strictly determined by landscape-visual analysis, costly design and facing of facades – by the high price of the future apartments. This is paradoxical – the typology and location suppose strict standards and a multitude of rules, require respectability and make these innumerous buildings imperceptibly alike. And this elite typology demands from each building to have a highlight – some recognizable peculiarity, an attribute, and best – combined with a brief name. “…Semen Semenych, will you live in Medny house? – we will in Rimsky…Ivan Ivanych in Visantisky…”.

The house in Granatny is that “Visantisky” [Byzantine]. The origin of the name is historically literary, almost touristic and obvious. The method of its realization is an ornament that covers the building everywhere – outside and inside, including lift cabins. Ornament will be applied to the stone facing; glass parapets of “French” windows from floor to ceiling; to iron gratings where these windows are transformed into balcony-loggia; to oak entrance doors; hoods over those doors; ceilings in halls and walls of the mentioned lifts. In the yard there will be a small glass rectangular of a summerhouse – even glass has ornament. Such a list might make anyone dizzy, and it seems the house is not Byzantine, but Asian, because only there one can come across a house-size carved chest.

But this is not really so. Ever-present ornament, successfully established on the four (as minimum) types of materials – actually is arranged in style of simplified and enlarged art-deco. Vertical windows merge into 2torey height stripes, carving is inserted onto fielded panels adding a rhythm to the facades typical for architecture of modernism looking back to classicism. Basement is faced with classical rustication, central parts of facades, following axes symmetry, are marked by rows of loggias. This brings to architecture of Stalin period, notably rather post- than pre-war. Indeed – famous architecture Andrey Burov (1900-1957), many graduates of MarchI consider him their master, he experimented with such ornamental filling of façades. He designed the portico of Dom Arkhitectora in Granatny, which will view the yard of “Byzantine house” – a thread of succession is obvious.

However, need to remind that Art Nouveau in 1910 started experiences with “carpet” (or almost carpet) facade décor – the style interested in ornaments in all forms. By Pokrovskie Vorota on Chistoprudny boulevard there is a house covered by enlarged and flattened copies lions and deer of Vladimir and Suzdal, it is a close relative of the “Byzantine house” but built a little over hundred years ago. Besides, it is well-known, even after Burov in Art Nouveau architecture Soviet as well as European, interest in ornament was alive and developed, but never developed in to a mainstream. Nowadays, lace is very popular in architecture abroad, it seems that even more than in 70’s – they are used as decorative insertions or they cover the whole giant buildings, like airport Jeddah (Saudi Arabia) by Remment Koolhaas.

Generally speaking, if leave out “brutalism” that respects mass and texture, and also “minimalism” that likes plainness, ornament can be declared an essential part of architecture of 20th (and 21) century. It is well known that modernism also aims to dematerialize and make work light, aerial and transparent. The main methods here are the high technologies: transparency of glass and resistibility of iron concrete. But the old method of dematerialization – ornament and lace are also used and notably more often. By the way, about the potency of the method – erasure of material by covering it with some ornament – best of all knew in Byzantium, which passed the knowledge to architecture of the Islamic Orient.

And finally – Sergey Tchoban, the author of the building in Granatny, for some years now has been developing the theme of a facade-image and in particular facade ornament. In St Petersburg he has already constructed “Dom Aleksandra Benua”, a multi-functional centre, the front facade of which consists of Benua’s theatrical sketches applied to glass and are arranged like a chequered chessboard. “LangenZipen”, business centre in St. Petersburg, imitates a renaissance ornament with the help of glassprinting-photo applied to glass. More severe, geometrical variant of ornament is will be used on stone for Forum-Plaza, business centre, that is being designed by SPeeCH and about which have already told. “Byzantine house” mostly resembles “LangenZipen” by the net of facades with vertical windows, and also by the fact that the ornaments take us to a particular city – Rome, from where the elements of décor were taken (photographed). “Byzantine house” fits to the sequence – this is the next step, made for Moscow this time, which obviously takes much of the previous but uses more traditional material – stone. It seems that having left St. Petersburg for Moscow, the ideas of Sergey Tchoban “are turning to stone”: either materializing or become more traditional. Must be St. Petersbug is more graphic and ephemeral for the architect and Moscow is “of stone”. Well, the old “Byzantine” capital. St. Petersburg otherwise – new “West”, Roman, theatrical.

All Sergey Tchoban’s “facade-pictures” have a number of common peculiarities. They are used for buildings of average size, according to modern architecture standards. They are very classical, again according to modern architecture – but they do not have any column – decorations that are numerous, all refer to visual art: painting/graphics or sculpture. Seems that columns are purposely left out – because they are elements of specific architectural language. Architecture of columns has gone, and art of decoration is still here. These decorations are taken from everywhere, but with the only fundamental requirement – accuracy. Benua’s sketches – copies, Roman relieves – photos. In selecting the Byzantine ornaments was engaged a specialist-historian who has selected historically authentic images and motifs. So, on the 9storey building there will be Byzantine motives (12th-14th centuries), on the 6storey one – of Valdimir and Suzdal, on the smaller, 4storey – Balkan and early Moscow.

Another peculiarity of Tchoban’s facades, in some way is the result of previous – their concept richness. These facade-messages, and this was started by the house of Benua the architect considered it as a tribute to favorite artist whose home was not far away. This is why it is particularly interesting what Byzantium displays us the “Byzantine house”

Such Byzantine is new to Russian architecture. For one thing, it is unthinkable to imagine Byzantine motives in soviet architecture, in Burov’s work. They were ideologically strange, and firstly because before the revolution were ideologically overloaded. Conservatively overloaded. Byzantium for Russian 12th century is Orthodox religion and monarchy. In 19th century where Byzantium there is some giant dark (this is why unlike) church-stylization or Empire double eagle. And release of the Serbian brothers or even a Christ over the St. Sophia. That is not to say, these motives are left behind today – on the contrary, there was a movie on that not long ago.

But in “Byzantine house” there is nothing of the kind. No double eagles. With elegancy of St Petersburg and German composure the architect somehow managed to ignore that heavy burden, having taken form the theme only most essential – décor with light subject charge. Which is enough to have a discussion over – what a Byzantium we have got! Sure this is Byzantium, but of take another look – it is not. Or vice versa? 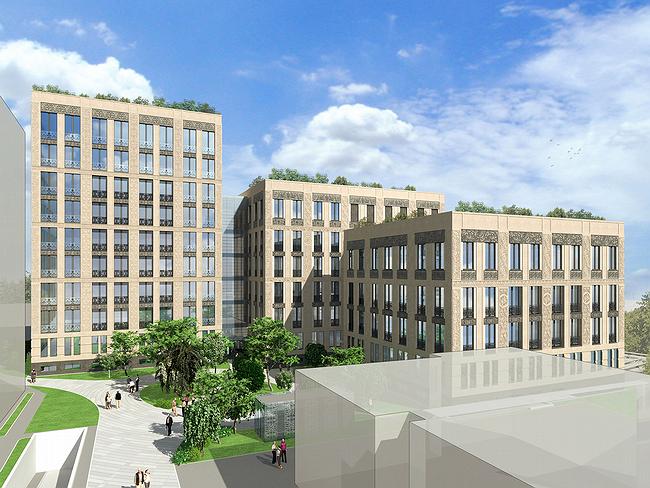 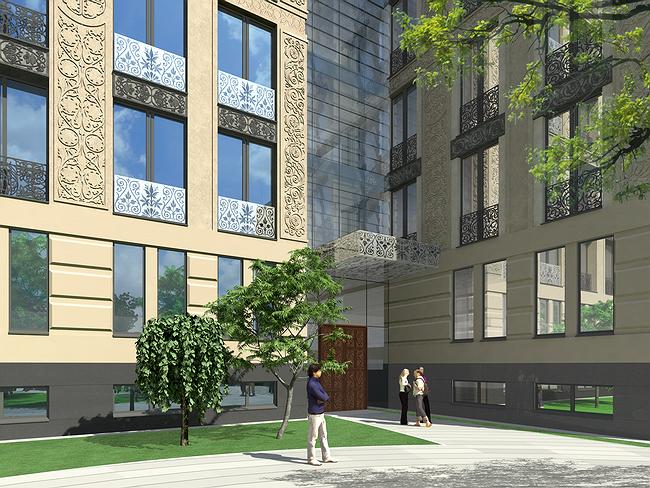 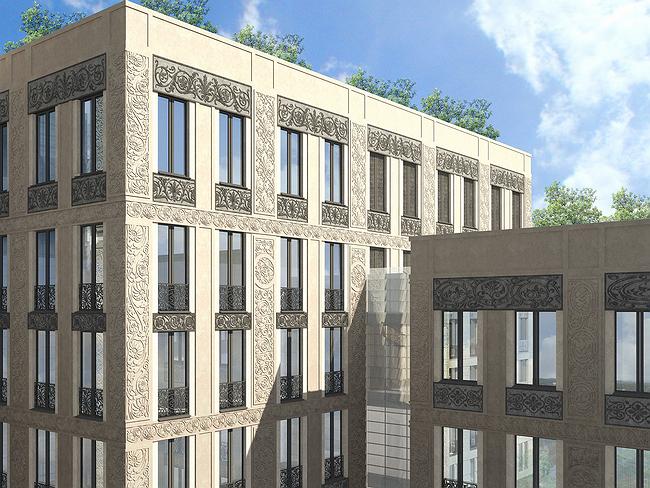 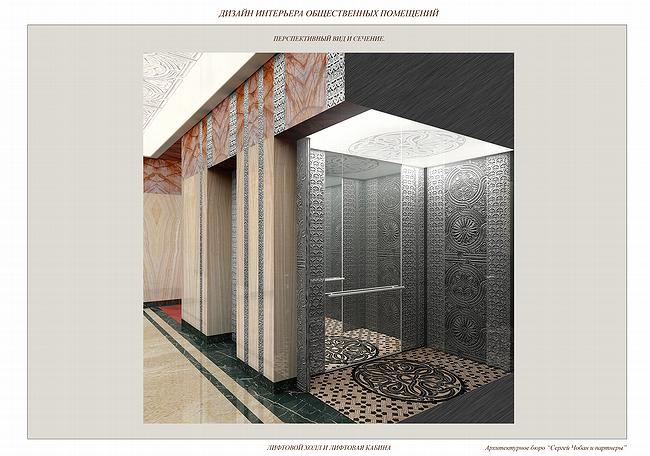 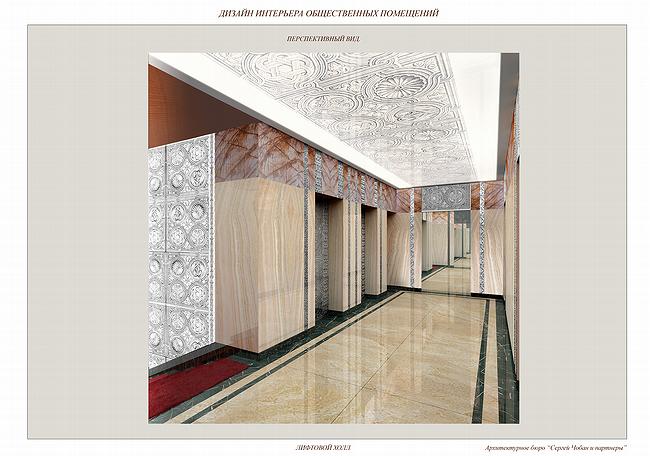 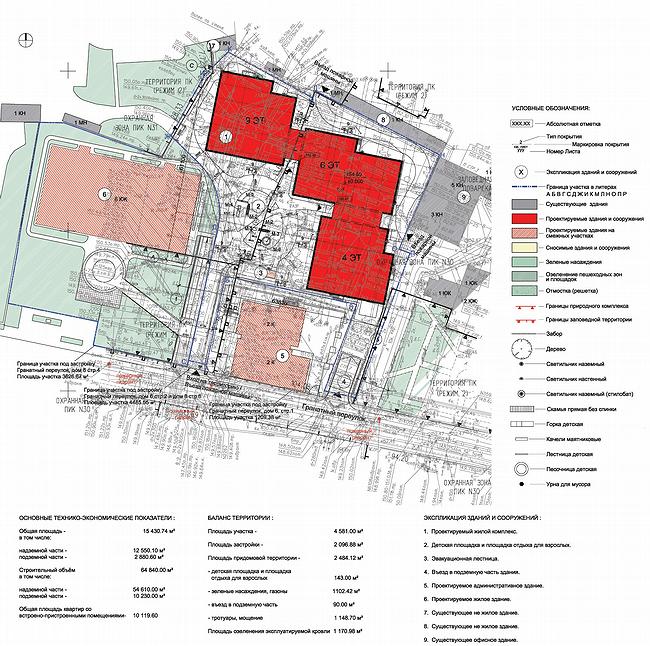 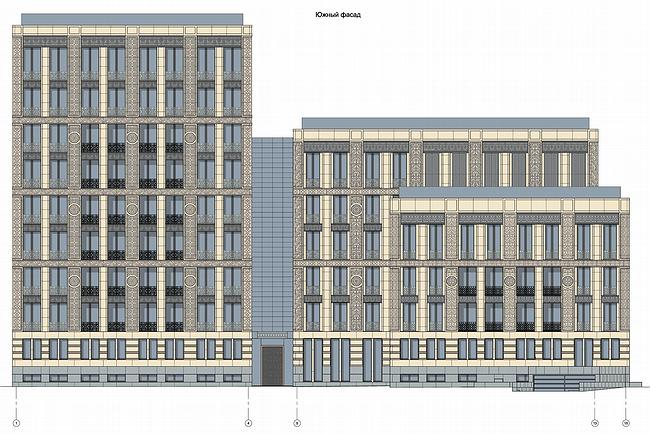 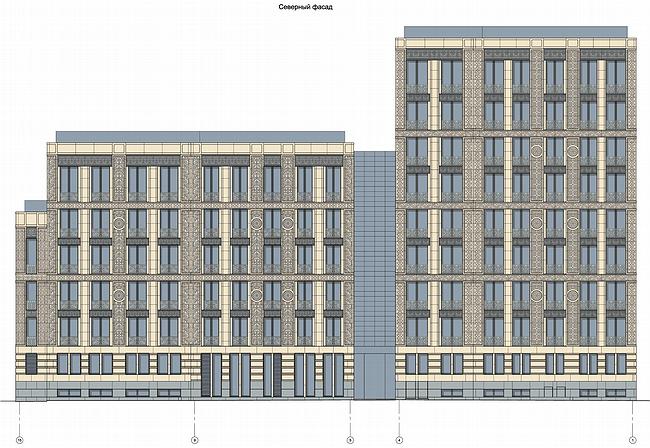 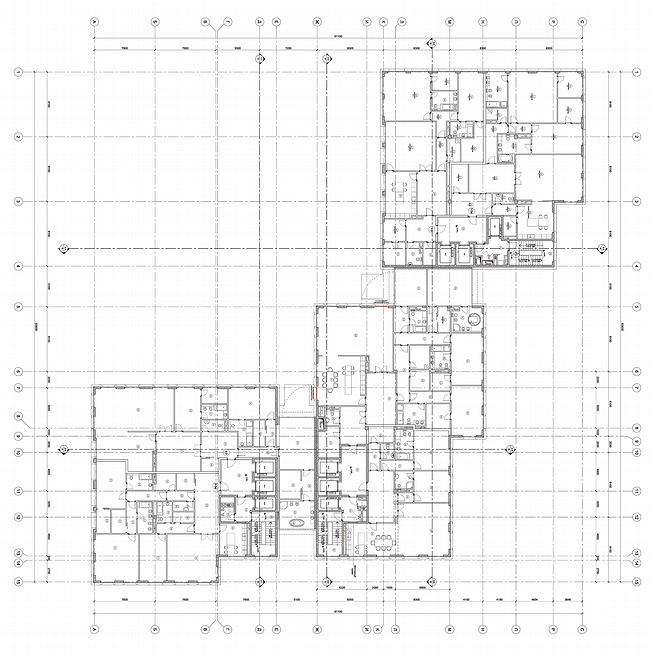 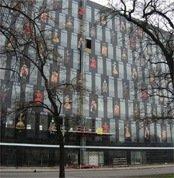 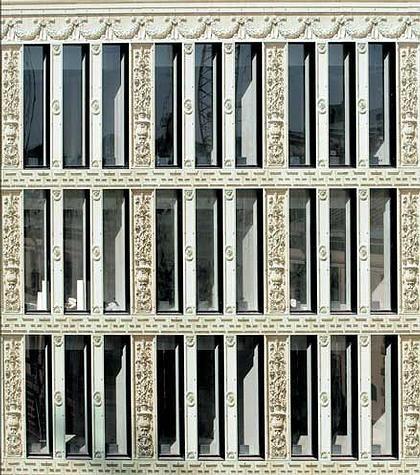