Construction of the building that its authors – the architects from Nikolay Lyzlov’s studio – called “Rafinad” has been finished on Stromynka. By present day standards this is a very small building, designed in a rare genre of architectural miniature that is not very popular in modern Moscow.

In the end of Stromynka street, before Motrossky bridge, where the street visibly goes down to the river a small shop construction has been finished. Its owner used to have once the two market stalls, she sold them then to have her own shop. She is hospitable and kind, cooks delicious salads and makes wonderful coffee.

This suggested the architects, Nikolay Lyzlov and Olga Kaverina, the initial idea. They decided to make the building white, outside, like sugar, and brown, like coffee inside, on the second level, where would be the cafe. At evenings, through the small square windows spread on the western wall, cafe’s interior would be cut with slight sunrays. The gray-brown balcony would echo the dark interior walls; under the balcony salads and different delicious things would be sold. From the opposite side on the roof of the extended first level there formed a terrace with open stone stairs.

The square windows designed as filter for sunrays are not only on the western wall, but also on south and eastern ones, resembling pixels, and at the same maintaining the “sugar” theme – these either sands of refined sugar, or extinguished pixels on a monitor. Due to whiteness and these sands the project got the name Rafinad.

Strictly saying the house is not at all sugary, even its color not really white but a little gray. Its closest relatives – it becomes clear if walk around – are conservatism constructions. Not far, on Stromynka, there is one of 1920’s masterpieces, melnicovsky club in the name of Rusacov. Not far there is very well known but typical for those times construction varied by the later insertions. And the new building by Nikolay Lyzlov perfectly fits this company.

“Rafinad” is a thoroughly designed architectural miniature of conservatism. Most of the methods, starting with light-gray facing of facade, refer us to 1920’s. The southeastern corner is glassed inviting inside maximum sunshine and opening views to the river and the bridge; interior of the shop will be well seen at evenings, so this is also a large shop-window. The western corner is closed. There is a high concrete wall that in top blends with the roof and in front of the main facade wall it forms a small space swirl, a “buffer” area inviting passers by to come in. Between the corner of the building and this wall there is a thin vertical gap that makes the massiveness lighter and intrigues the creating a nice shoot – a view to the street in a concrete frame. Needless to say that alike glass corners and alike walls by entrance can be found around in constructivism constructions.

But it’s not only about the context. In front of the most modest northern facade, beside, there are growing the two trees which were saved during construction. Together with the lawn and birches they create a completely idyllic and rare for Moscow, fine modern image. Constructivists hardly ever kept flora on construction sites: architects were interested in quite different issues.

The whole image is comfortable and nice, but not very common for Moscow. When another municipal order made temporary market stalls transform into shops the process somehow passed by the famous architects, reasonably dedicated to offices and elite residential projects. Nowadays huge complexes are popular: if residential development it will be a whole district, if a shop –nothing smaller then a retail centre, or even a multifunctional complex. Nikolay Lyzlov does design such giants, in particular, we have written about his “Perovsky” and “Podsolnukhi”[sunflowers]. But hardly anyone tried to work in miniature genre of “a small shop”, the genre that has not survived in our grand architecture.

And the story itself is not very Moscow: the client has sold the market stalls and in return wants a new shop from the architects who elaborate it – cafe’s interior lightning, balconies, consider how to attract visitors. Thoroughly fit to context, to some part, frankly, in order to pass tough Moscow official agreements, which are especially hard to pass for small low-budget projects. They keep trees… Everything is cozy, very humanly. And obviously due to these characteristics the architects especially liked the project and sincerely told about that. This is a miniature utopia, in popular fantasy genre of alternative history. Such a shop might have been designed by constructivists for a napman, if avant-gardists of 1920’s respected napmen and if there was no industrialization… In short, this is utopia, and not architectural really, but more narrative. They had been constructing it for 8 years and it is especially pleasant that it has been finally finished.

But like any utopia it has not been entirely put into life. It has been constructed according to the project but during the construction the upper level was sold for offices and now there will be neither café, no black “coffee” interior with sunrays at evenings. Not yet, at least. 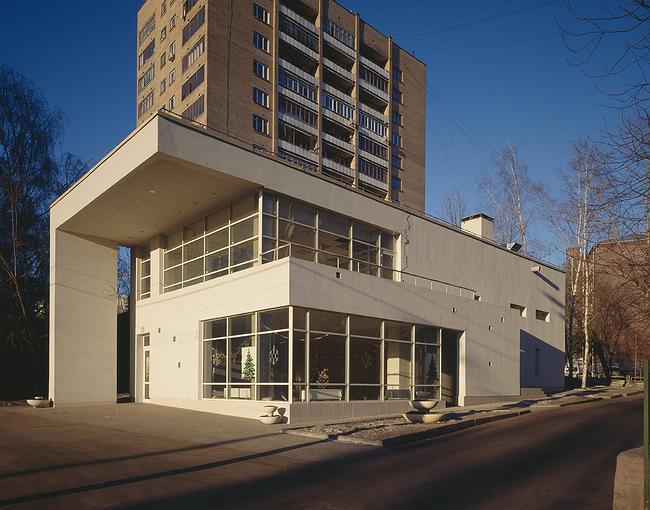 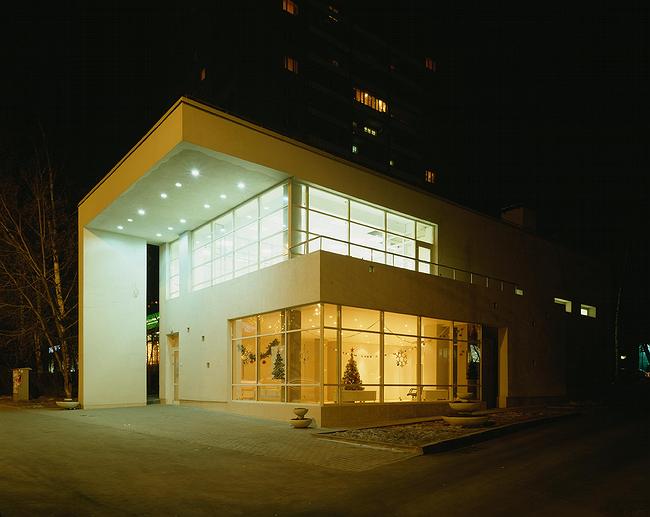 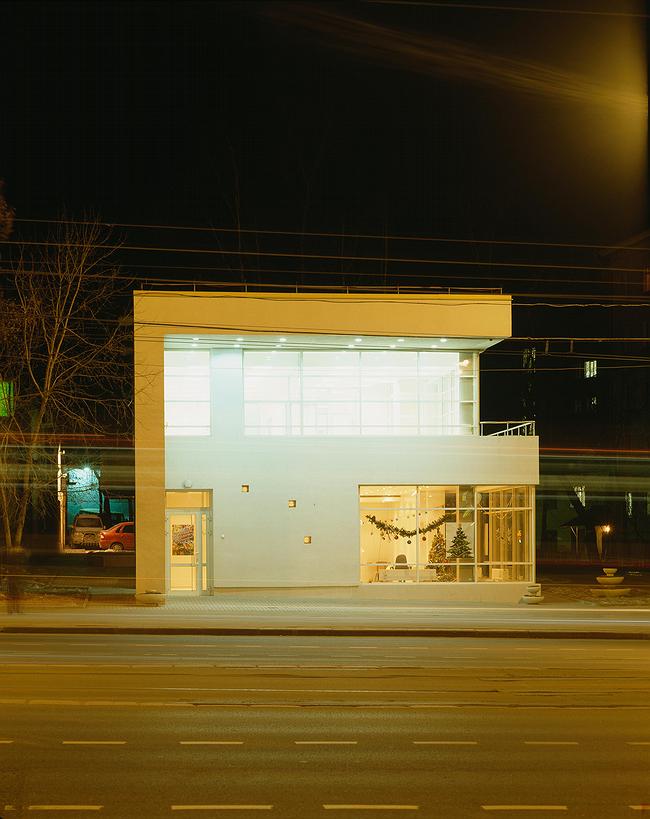 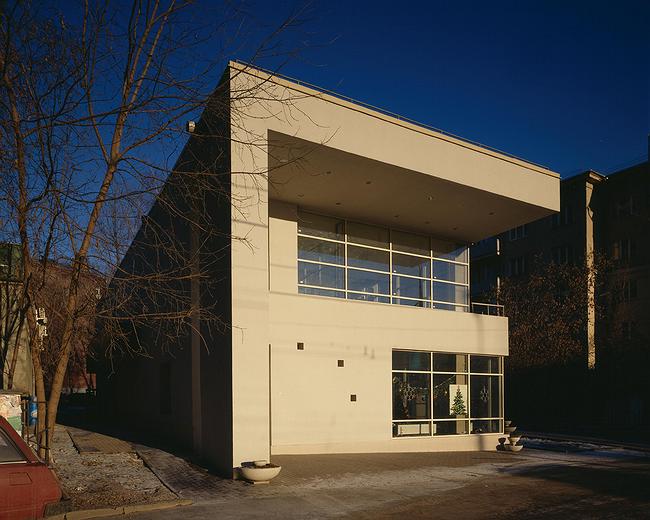 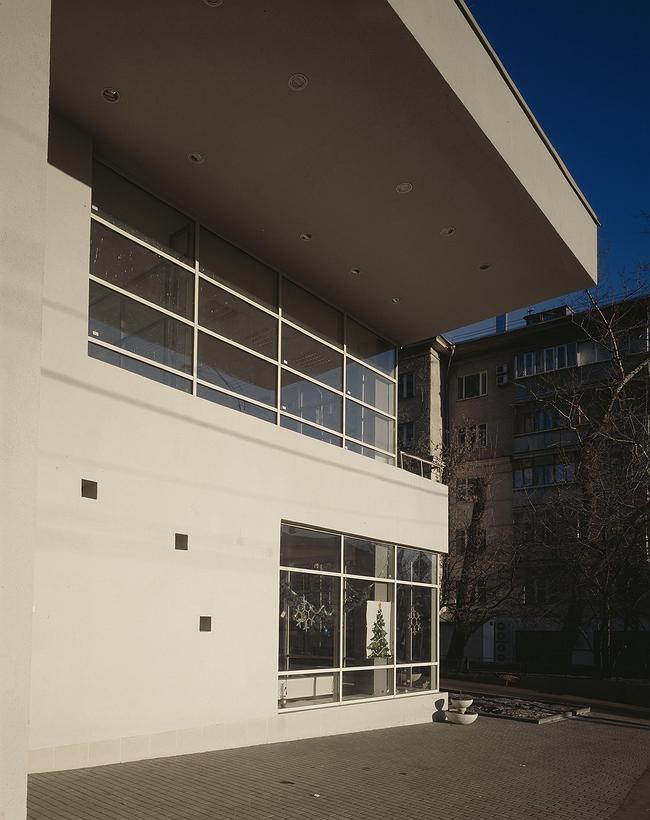 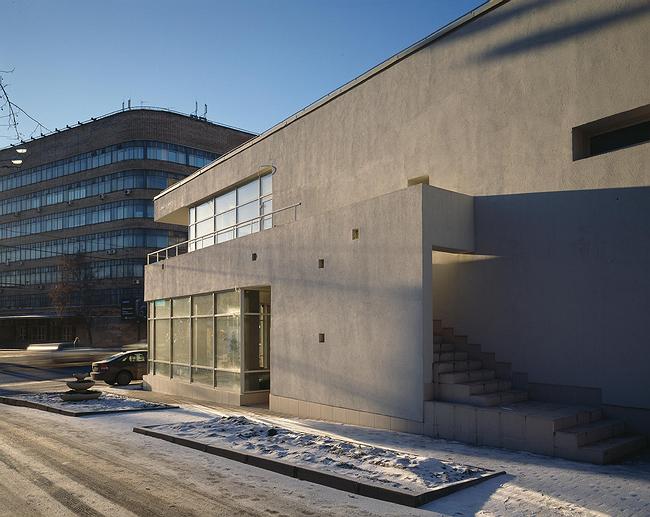 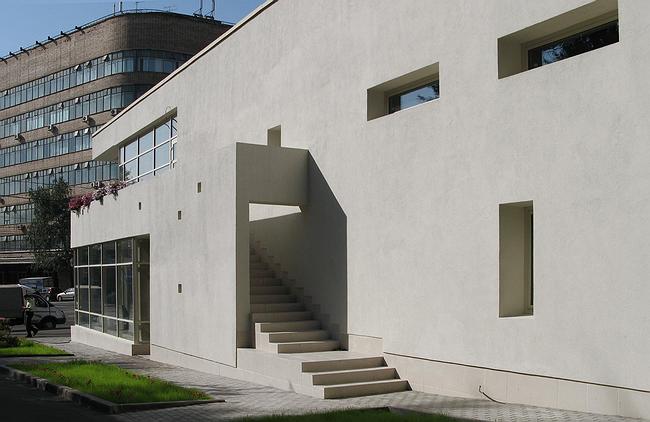 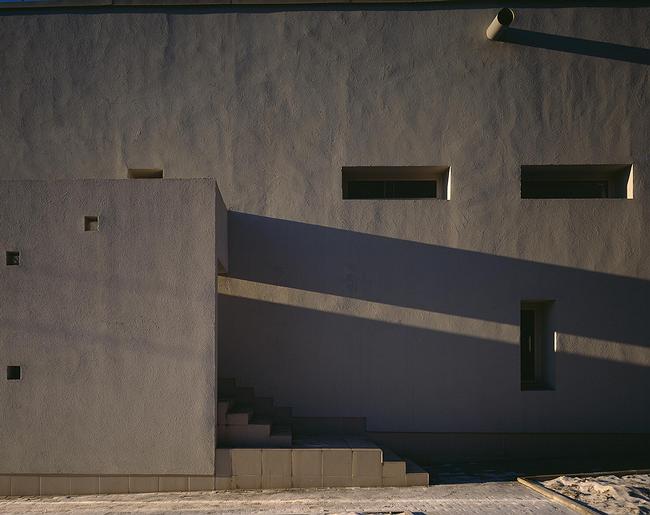 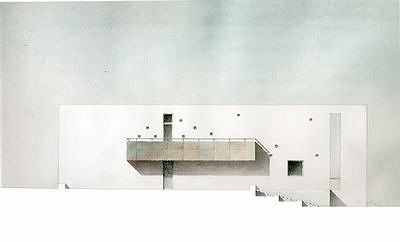 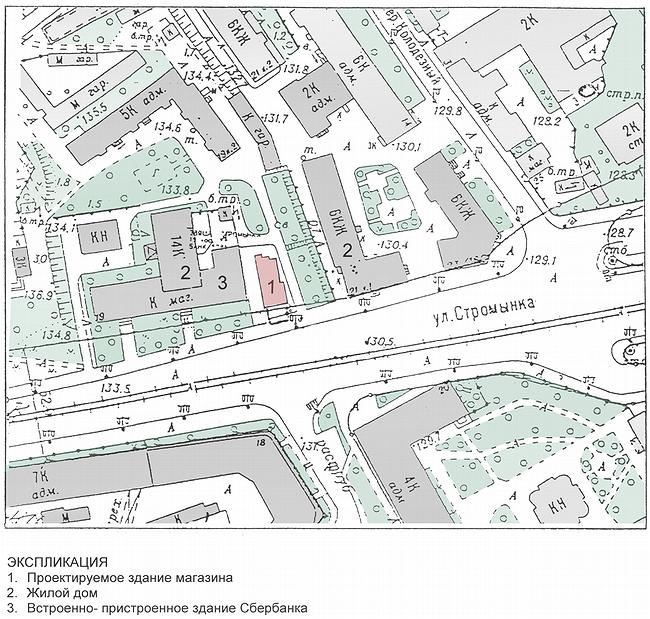