The workshop is based in 1992
From the moment of formation and up to nowadays the creative and organizational principles of a workshop have not changed. It is the mobile, organizational structure not burdened by the bureaucratic device focused on functional, structural, socially responsible architecture. Credo - game by rules; if there are no rules, Lyzlov likes to invent them. In designing the main value for him is an inventive refinement of the order.

«The vital chaos is inclined to accept uncontrollable forms in Russia. For the lack of the standard norms and game rules any accident, gesture for the sake of gesture and following to a conjuncture are capable only to aggravate a situation. An ability to create and the personal responsibility of the architect in these conditions are indissolubly connected. Architecture for us - a way of struggle with entropy, a way to give in our life order and harmony. This ethical imperative is based on personal belief, that we can develop, only developing and improving the general situation. We consider design process as collecting in focus of all conditions of a problem to find the decision dictated by internal logic and an environment. Connectivity of answers to questions gives rise to responsible realistic architecture. The realism does its correct, contextual, fair and convincing ».

Horse-racing complex with the hotel, 'Pirogovo' 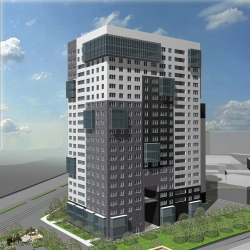 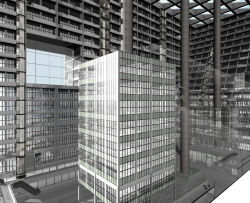 Project of a mixed-use complex with apartments and an underground car-parking (in the place of "President-service, "Mirax-Plaza" complex) 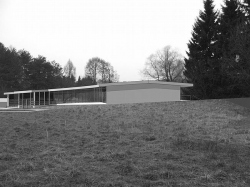 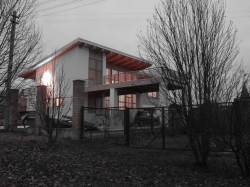 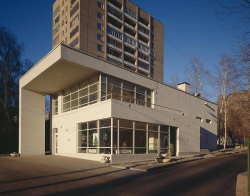 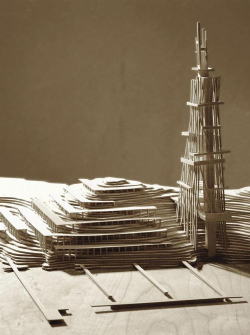 The architectural concept of hotel-residential recreation complex in Budvanskaya Riviera 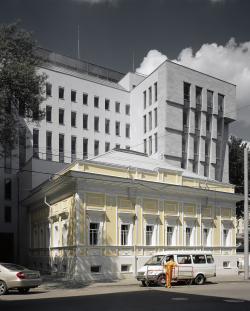 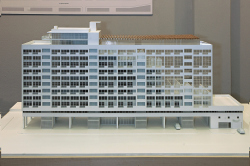 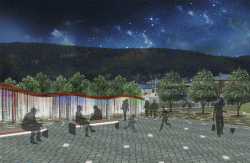 In this issue, we are publishing the results of the workshop organized in Kazan by the architectural school MARCH. The contestants developed the designs of seven public zones in different cities and settlements of the Republic of Tatarstan. 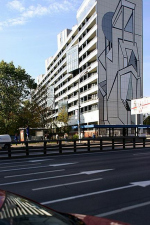 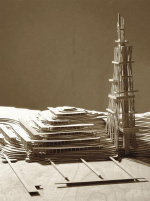 Construction of the building that its authors – the architects from Nikolay Lyzlov’s studio – called “Rafinad” has been finished on Stromynka. By present day standards this is a very small building, designed in a rare genre of architectural miniature that is not very popular in modern Moscow.
see All Archi.ru Texts / Architectural workshop Lyzlov («AML»)