The construction of the “VDNH” [Exhibition of Economic Achievements] tower was finished last year. The 35-storeyed dominant, which architecture is complying with the spirit and the letter of Russian rationalism, is a remarkable mark in the panorama of the north part of Moscow, at the same time it does not suppress the closest surrounding.

Rich and well-proportioned tower, well-observable for anyone who’s passing by VDNH by car or monorail, has appeared due to the good position of the site. It is surrounded by panelized buildings and those of Stalin period, and is quite far from Mira highway, so initially they wanted to build a 20-storeyed building not higher then rest. But after the required sight-landscape analysis it emerged that “from Moscow”, from Rizhskaya, Alekseevskaya and the centre the building stands on the prospect’s line and finely closes the perspective. The thing is that the prospect turns to the East before “VDNH”, and the new building – that is far from the road – and at some moment it appears “straight ahead” the drivers heading to Moscow Ring Road. Thus, the project developed from merely construction of another elite house into a town-building project – and it was allowed to be built tall. A rare case in Moscow that a building project is approved to be higher but not smaller.

This is really an exception, the dominant hasn’t just grown that is custom in Moscow, but it happened according to all the rules of the most distinguished types of Russian avant-garde – the ASNOVA school, which is very well known and admired by the architect Aleksey Bavykin, The architect rather often does the projects that embodies ideas of the school, for example, the building of Infobank, a comparatively old (1994-1997) one on Vernadsky prospect or quite new project of the building on Nizhnyaya Krasnoselskaya. Their most remarkable features are the slightly arch-bent façades that make the silhouette various, and in some degree unpredictable: the carcasses of Infobank are thin from one side and are broad from another and resemble sails. The alike effects are achieved in the project of the “VDNH” tower, but in larger range.

Aleksey Bavykin’s another favorite conception is a ‘plastic game’, which idea is in imitation of interosculation of different kinds of material. In the “VDNH” tower bright red and white in the form of rectangular-shaped islands grows through glass, red pierces white and visa versa, and the top layer is the netlike metal of large and small balconies. The last are like multiplied along the height ‘balconies of the lonely smoker’ from Trubnaya street. Actually these small balconies are for air conditioners, but you can go out there to have a smoke, if height doesn’t scare you.

All these associative keen things have the only one result – it is interesting to look at the house. It is not dull, changes and at different points of view it is getting light or dark, broad or vertical and slim – from prospect, and even subtle and taking off – from Yauza. Despite rather large height, the building has comfortably fitted into the mixed surrounding on the line/next to 20-storeyed buildings of Khrushchev and Brezhnev periods, and not at all overwhelming. There some elegancy, joy and goodwill in this giant of elite construction, that make it all right to be beside leonovsky park Yauza’ bank.

In the history of this building the moment of realization seems to be emphatically important. The thing is that the movement of Russian rationalism headed by Nikolay Ladovsky, in contrast to more known constructivism, has few constructions. It took shape in theory, teaching, ‘plasticity’ of works in studio, ‘fertilized’ western modernism, but almost was not put in practice in Russia of 1920’s.

Aleksey Bavykin’s “VDNH” building is likely to repair this injustice, enlivening ASNOVA’s principles and applying them to a modern construction. Not without a reason firstly it was presented at exhibitions as a purposely stylized image in specific Rodchenko’s camera angle – sooner the picture was replaced by alike photo. The photo is realization of the picture, it is an evidence that the building was constructed accordingly the initial idea – the architect has managed to reach the cherished thread to realization, to interlace his version of known historical avant-garde into the mixed chorus of modern Moscow housebuilding. 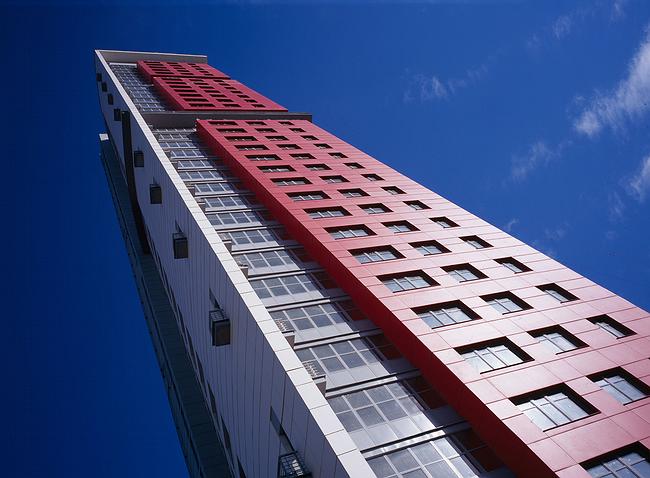 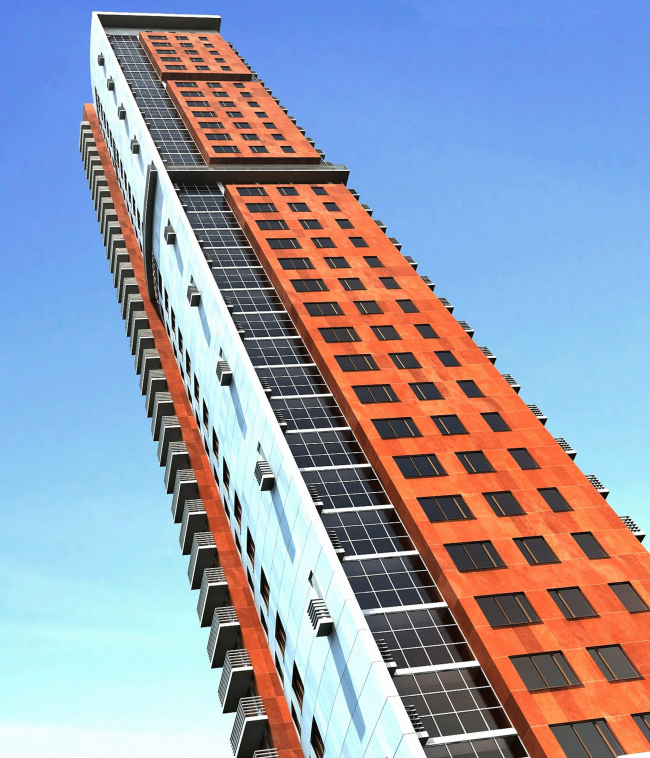 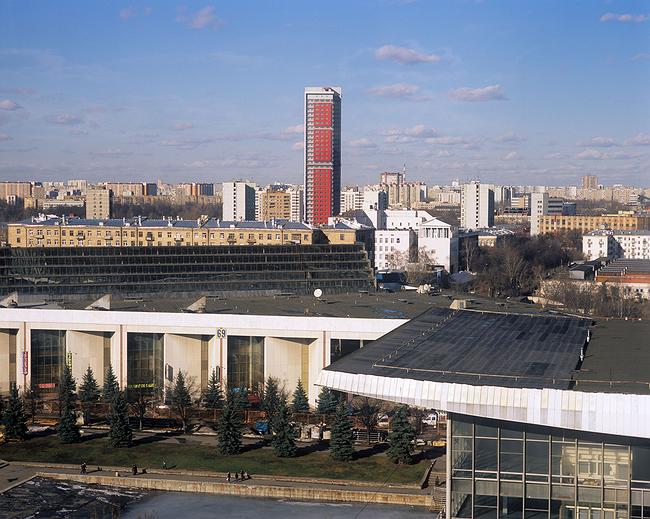 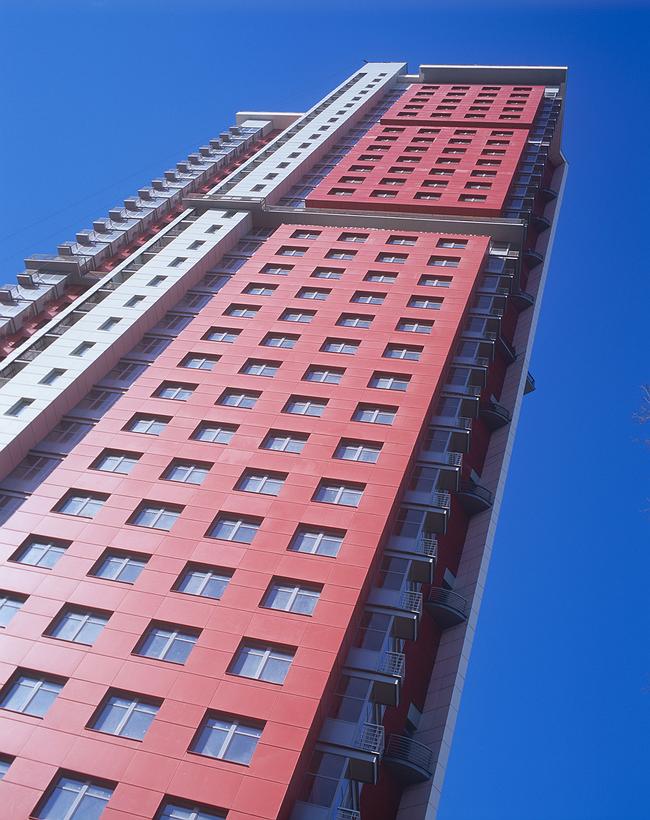 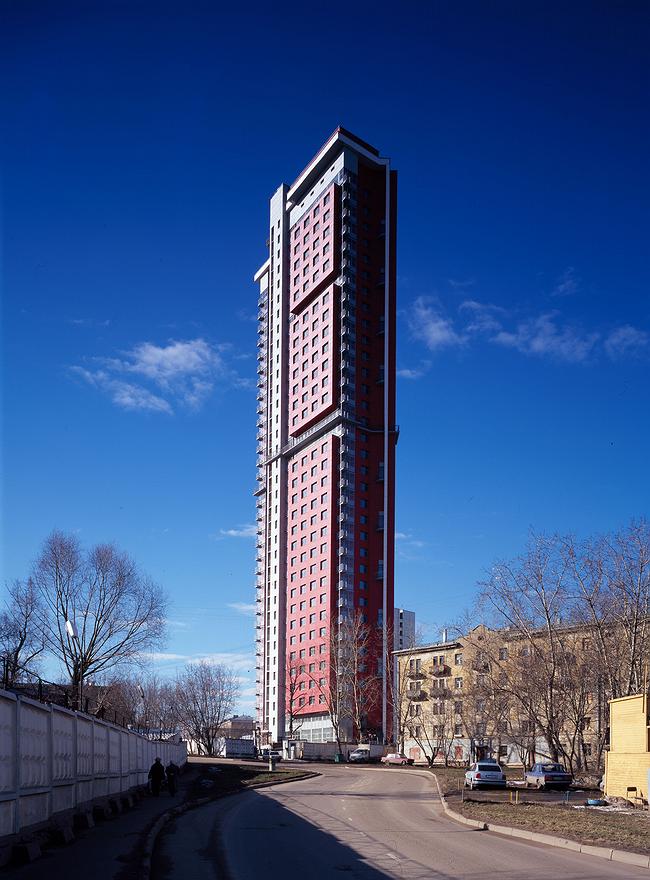 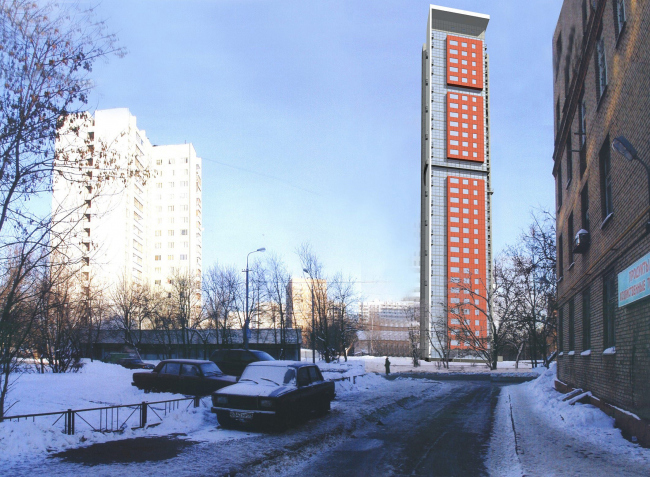 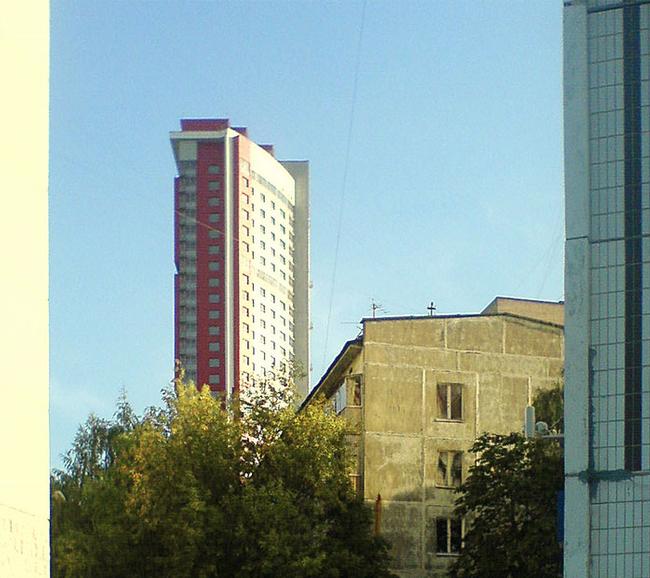 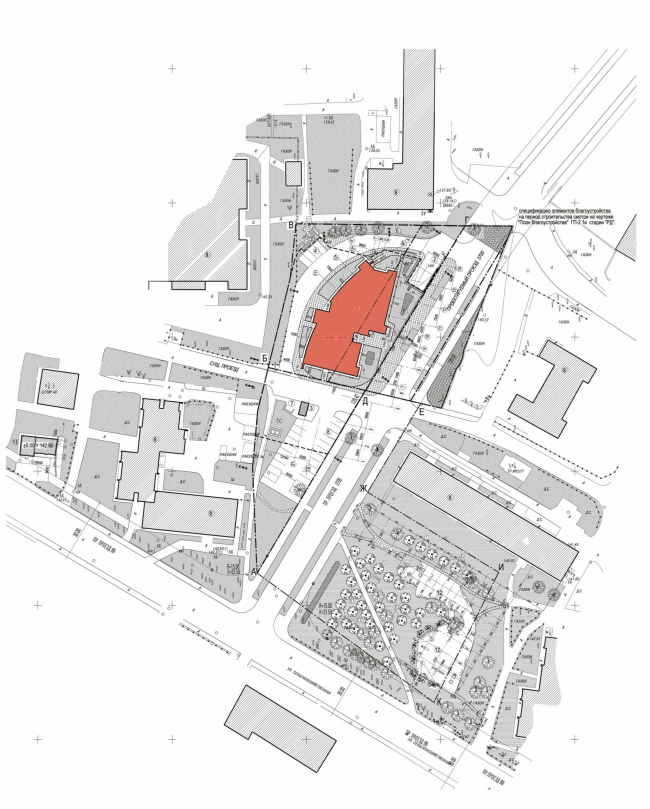