The project of a residential building offered by Eugene Gerasimov Studio to be built on Pobedy Street in Saint Petersburg, combines retro phrases and a modern vision.

The construction site of the new building is located on , the one that originally appeared on the city map in connection with its general reconstruction program that started back in 1935-37. This street was designed in the form of a boulevard that meets diagonally. After one crosses the Obvodnoy Channel, the XIX century houses give way to the buildings of Stalin era, and it looks as though it was this combination of two different eras of architecture that determined the image of this house located in the immediate vicinity of the avenue. The three-part structure of the facade seems to be unfolding in time. The texturized rustication, the chamber stanza of the central entrance, its arched shape with a lion mask on top of it, and particularly its proportions matched with a couple of Dorian columns set in pairs – the solution of the ground floor doubtlessly takes its origin in the architecture of the tenement buildings in the style of Northern Modern style. Eclectics, however, is flesh and blood of this style, this is why, in quite a harmonious manner, this basis gives birth to the main body of the building whose shapes are extremely resonant of the late Stalin era: the slightly protruding pilasters, the combination of the almost-square window openings with the openings of the French balconies that are vertically stretched, and even the facing of Rosetta stone. The similarity between its color and the color of human skin is, according to Vladimir Paperny, the researcher of Stalin era architecture, one of the most tell-tale signs of the fact that the building was treated not unlike a human body back in those days. Today the buildings are treated differently, of course, which is illustrated by the top part of the house: the three-storey penthouse with floor-to-ceiling windows presents a modern interpretation of Stalin architecture with extremely stretched out semi-circular pilasters, a round-shaped cornice and the obeli at the corners of the building. The construction site is of a fairly modest size, this is why the underground parking garage takes up the whole of it, even setting up a driving rampant proved impossible here - the cars will go down to the garage by a special elevator. The small yard with green planting is placed on top of the parking garage. The entrance lobby corresponds to the high-profile character of the building in general - it takes up most of the high-ceilinged ground floor and opens to either side of the building. 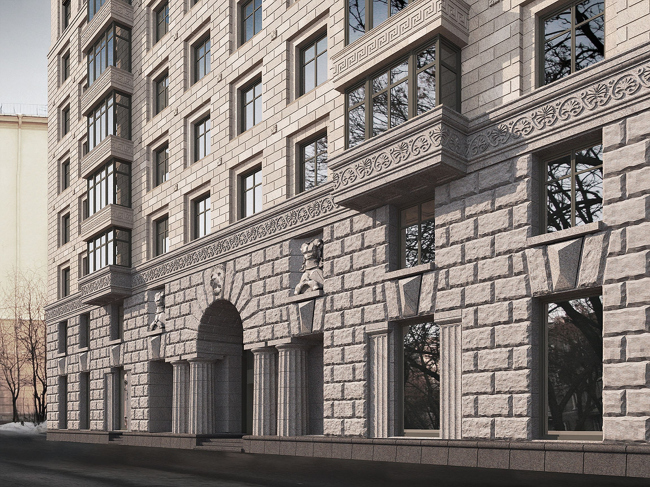 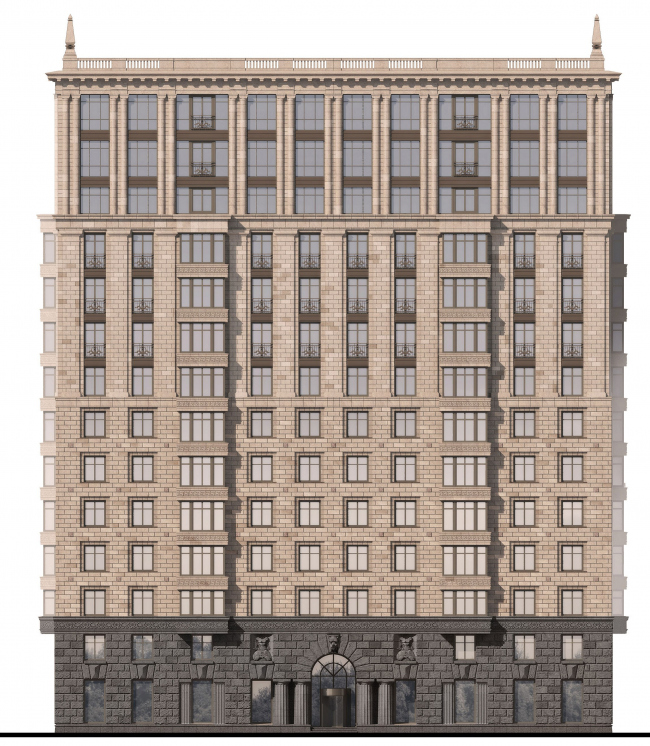 Lobby with the reception desk. The building at 5, Pobedy Street. "Eugene Gerasimov and Partners" 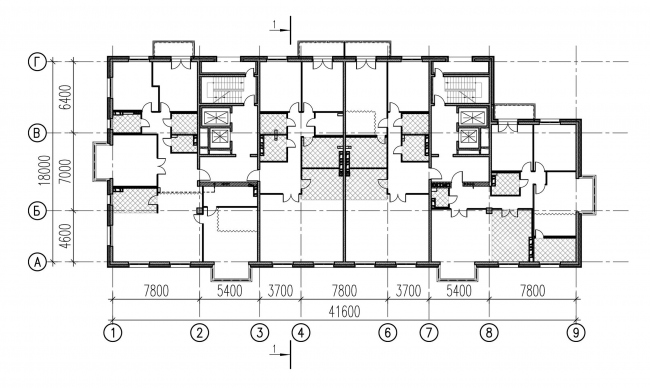 Plan of the typical floor. The building at 5, Pobedy Street. "Eugene Gerasimov and Partners" 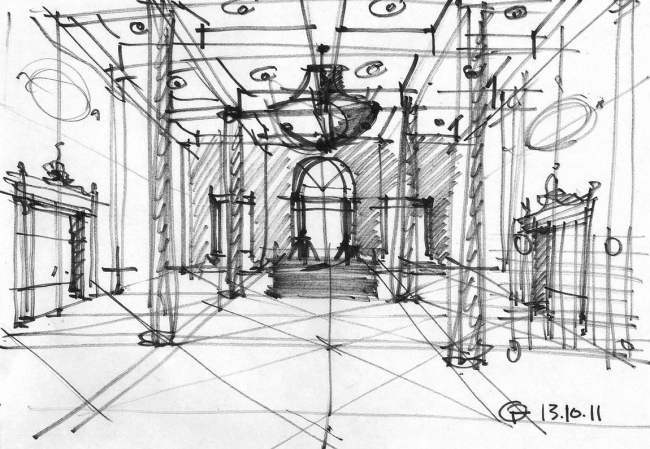 Sketch of the entrance lobby. The building at 5, Pobedy Street. "Eugene Gerasimov and Partners"