Working upon the redevelopment project of the “Novoslobodskaya” Metro Station neighborhood, the architects of ADM Studio opted in favor of keeping the regular housing of the XIX century intact, and focused on the design of the courtyards, creating an atmosphere of peace and comfort.

The project included redeveloping the former “Salute” weaving factory, and the “Reklamfilm” building on Palikh Street, into a small up-to-date business compound with a total area of some 21,000 square meters. The architects had to work with a few buildings of different styles built in the early 20th century, 2-3 floors high, and a 5-storey building apparently built in mid 1970’s. However, despite the fact that none of these buildings presented any historical value, the architects treated them with utmost care. “We immediately noticed a very curious courtyard system that connected all the buildings. Because of the numerous later additions, however, it was almost indiscernible to a casual observer” - Andrew Romanov explains. These courtyards became the starting point of the construct of the future development. The architects insisted on keeping the territory motorcar-free (the 144-place parking lot was organized beyond the confines of the courtyards). And all this inner space got “chamber”, almost interior, solutions. Truly, in ADM’s project, the three courtyards look a lot like the cozy little squares of historical European towns: first of all, because they are all fully paved with white and red granite tile, second of all, because of the green planting elements: flowerbeds and trees, framed, like jewels, into neat frames of benches executed as disks of white polished concrete – they will look cool even in the wintertime. The program also includes live trees and benches made by designer sketches. The design proposed by the ADM architects is primarily aimed at fighting the boredom of the dull rectangular spaces of each one of the courtyards. The paving pattern is slashed by a few diagonal lines that disseminate the feeling of perspective and create an illusion of a slight relief. All the other shapes – from the bench-framed flowerbeds to the drain covers – are round. As far as the inner façades of the XIX century buildings were concerned, the architects opted not to hide them behind the modern coating but keep their original look intact by just covering them with light-grey, almost white, plaster. This neutral background was then covered with bright spots of colored glass with silk-screen decoration. For one, the entrances to different parts of this business compound will be marked with huge, 3.5x2 meters backlit panels of various colors bearing giant figures showing the hallways’ numbers. Each block is assigned its own color, and, combined with the figures this “code system” is meant to help the visitors of the office center get their bearings more easily. The most difficult challenge, however, was the 5-storey building of the Soviet era – besides, it was meant to be the main façade of the compound. First of all, the architects decided to pay special attention to the windows, each of which they split in two with a thin light lintel. Instead of heavy “squatting” windows, we now see the thin glass verticals covered by thin striped inserts at the bottom. The pieces of glass hung outside the window frames on fixing points look particularly impressive, their striped pattern echoing the ribbed ceramic piers. The old building has virtually changed beyond recognition: its old façades, from being inert and solid, turned into a light, if pristine, black-and-white openwork grid.
Text by: Ekaterina Kuznetsova, Andrey Romanov, Anna Starostina
Translated by Anton Mizonov 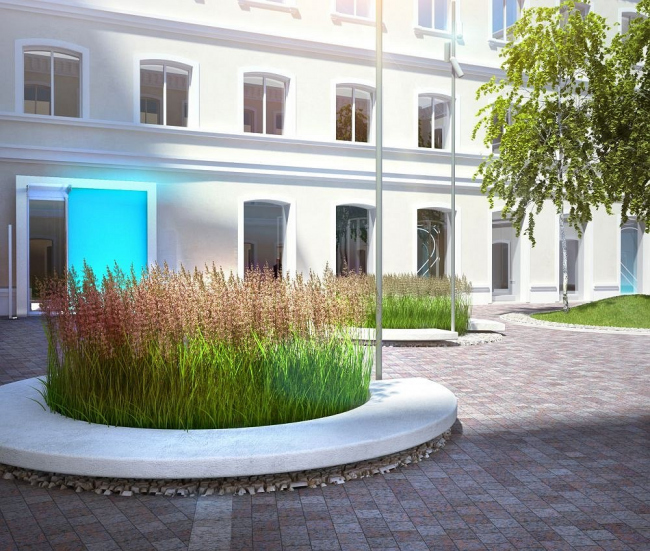 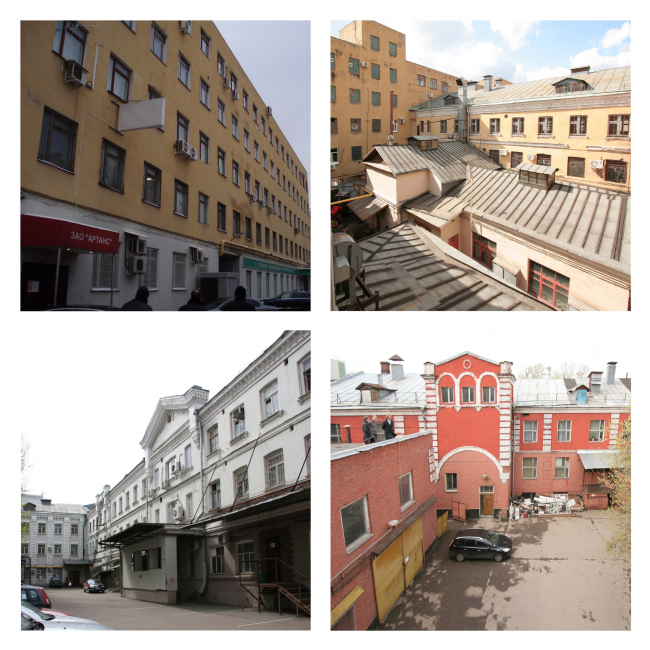 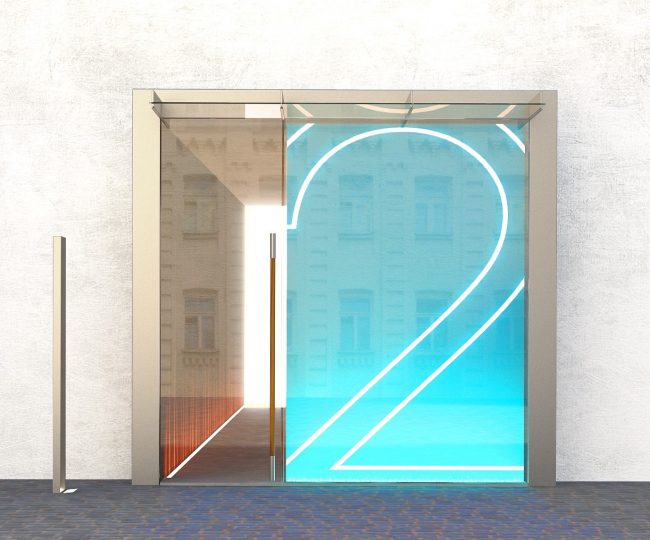