Humanism and the transport unit

The multipurpose complex, a part of transport unit near to terminal station of the underground of the «red branch», combines the laconic architecture, complex system of the organization of pedestrian and automobile streams, and the close attitude to people who will use this "unit"

The place beside the station of underground " Street Podbelskogo" for which the project is intended, under the plan for development of city should become the transport unit connecting Moscow and Moscow suburbs. Coming to city, people can leave machines here on "intercepting" parking, and to go further by the underground, to avoid traffic-jams. Besides the terminal station of the underground the district railway which is planed to make intercity transport passes here - then there will be a new platform. In parallel the railway, on a line 6 travel Podbelskogo, will construct 4 transport ring - on a crossroads there will be a multilevel outcome.
The complex will borrow a spacious site between an output from the underground, the railway and the highway. Offices and a hotel are under construction from the site of the future 4th  ring, that is to be convenient to approach at them, a "high-altitude" part of the project. The 40-storeyed tower, pertinent in scales of a modern automobile line, "fixes" a corner of a crossroads, applying on a role of a new dominant of the area. The plate of hotel fences off the other complex of a line of a ring, maybe, a little protecting from the noise. The second part of a complex, as opposed to a skyscraper is split on the general part of the territory, being extended aside the underground as though "tower" and "plate" have rejected in the evening the long shadows materialized in the form of 2-3 floors. Or in the form of « a horizontal skyscraper » - the extended left case reminds it very much.
Architecture is laconic: these are correct prisms of different proportions and the sizes. There are no slops, bends, turns or inclinations. Facades are entirely glazed, the planes of the roof are left for a "stone" surface, as if with the purpose to reveal essentially different nature of brilliant coldish "vertical" and dense reliable "horizontal". Windows disappear as a concept, the wall is also, actually, is not present as well as a roof in habitual narrow-minded sense, and there are abstract elements or concepts. Such sequence adds some abstractness and idealism, « breath of the absolute » to a pragmatically part of the project, and all together seems to be the result of some geological experiments.
The complex is resolutely multipurpose - besides the offices and a hotel of a "high" part, a "wide" contains shops, cinema halls multiplex, fitness, restaurants of two categories (fast-food and more expensive), and even the agricultural market in one more extensive case. Under all territory - the parkings closed in full or in part intended as for visitors of shops, tenants of hotel and workers of offices, and for daily "interception" of the machines going from Moscow suburbs. To dissolve on different levels streams of pedestrians and machines, architects, also as well as in other project of workshop Lyzlov, TK «Perovskij», used difference of a relief and have closed the site by the ground floor, having raised the square above the street. Machines get in on a ramp under a skyscraper in the bottom circles, people enter in the top, generally from the underground; all circles are connected by lifts and to move more quickly inside the moving paths are projected.
The project has one more remarkable moment - multifunctional "giant" includes pedestrian road on which people go from the underground to transition through the railway, i.e. to that place where the new platform is planned. Now this « national track » crosses on a diagonal all the site borrowed partly by the industrial zone, partly by the trade zone. Architects keep this « national track », adhering to it a new complex, more precisely, tieing its volumes around. Such reception exist: first to look where people go, and then to lay there paths (or built around the «ant tracks» a multipurpose complex) - is well known in architecture of XX century, however it is not very popular yet in our architecture. It is possible even to tell, that two types of city planning exists - one imposes the mathematically counted principles to people, and people in the meantime resist or suffer, and another studies, what is necessary for people, and creates for them a comfortable atmosphere. It is easy to notice, that the second is more correctly and more favorably, and it seems, that in this case we deal with such a human variant of the town-planning decision.
Text by: Nikolas Lyzlov, Julia Tarabarina 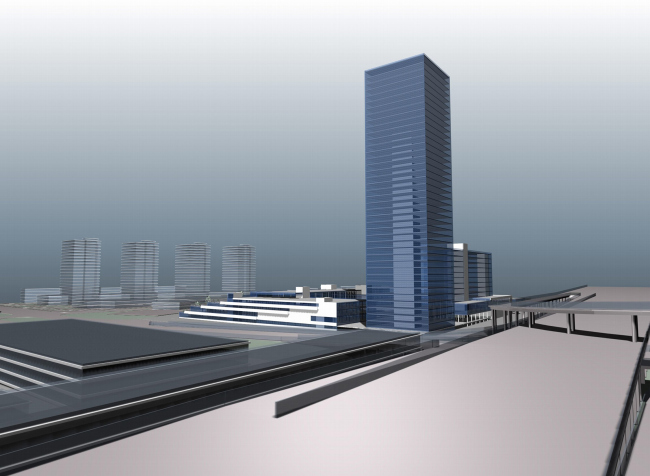 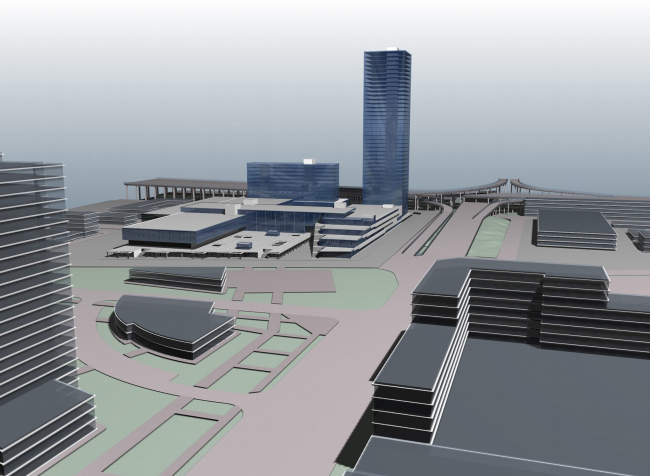 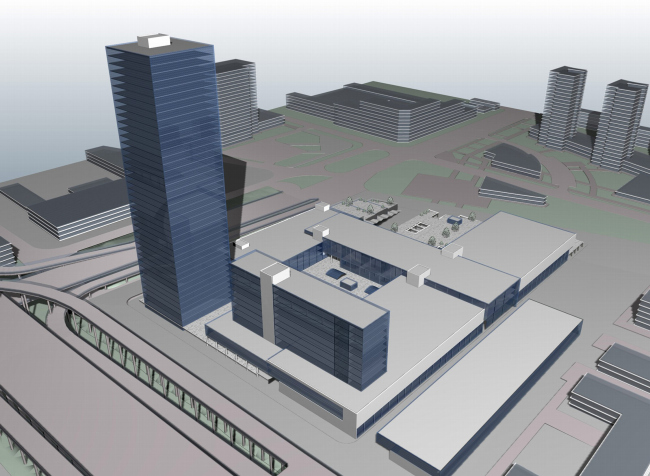 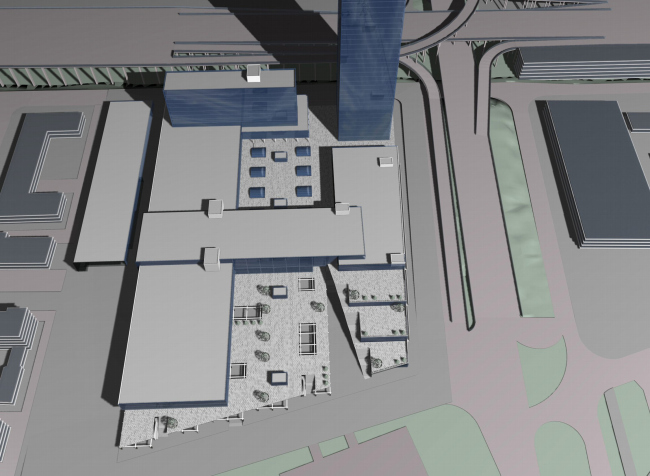 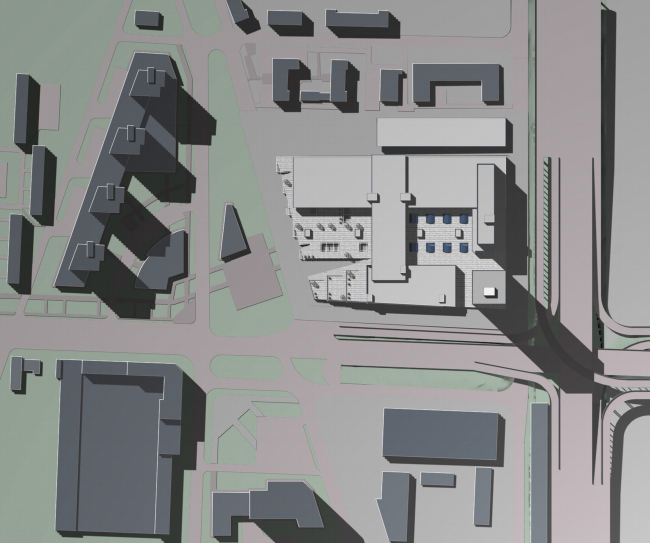