Design of the future from Present of Future: winners are named

On October, 14th in «Crocus Expo» the announcement of winners of architectural Competition Present of Future, organized by the magazine Interior Digest, companies Emporio Casa and Cosmit took place. The best projects were selected by the international jury on five nominations, one of which was won by the Russian designers. Works of the participants have been shown at the stand of magazine within the limits of the Italian furniture exhibition iSaloni WorldWide in «Crocus Expo»

In total on the international architectural competition « the Present of the future » has been sent 70 works from 12 countries of the world which struggled on five nominations, main of which « Interior of the future ». The choice of nominees passed "blindly" - the projects presented before jury have not been called, therefore scoring of results became opening not only for participants and visitors, but also for selecting. The announcement of winners passed in a friendly circle of designers and architects, with participation of the Italian visitors, organizers and participants of an exhibition iSaloni which met a name of each winner a rough applause.

The winner in the main nomination, architect Present of Future - which name declared designers William Sawaya and Paolo Moroni - became Japanese Satoshi Okada, who has presented in his house the example of expressive organic architecture.

For the best realized project of inhabited and public space « Space Present of Future » - the project of a wedding ceremonial chapel of architect Ashizava from Japan is awarded premiums. According to architect Massimo Iosa Ghini «it has created the open public space which not simply big and enormous, but it is superb designed ».

Young Russian designers Alexey Nikolashin and Alexandra Fedorova have received the premium for the best realized interior in modern stylistics, in a nomination «Design of interior Present of Future», presented the project of unusual office space. Appeared before the public, they have in words confirmed, that «tried to correspond to time and to use modern materials».

The name of the winner in a nomination for the best light decision «Illumination Present of Future» has been named by judges Paolo Rizzato and Vera Butko – that was the architect from Spain Ksavje Klaramun.
The incentive premium «Technology Present of Future» which is handed over for the best realized project executed with the use of modern building, constructive and electronic technologies was rewarded the architect from Latvia Uldis  Lukshevius as David Sarkisyan said, «it is obvious who thinks and builds up to date».

Unfortunately, there were no foreign nominees on the announcement of winners though it does not exclude that winners will arrive to get their awards in the day of their presentation which takes place on January, 23rd in a movie centre Pushkin. 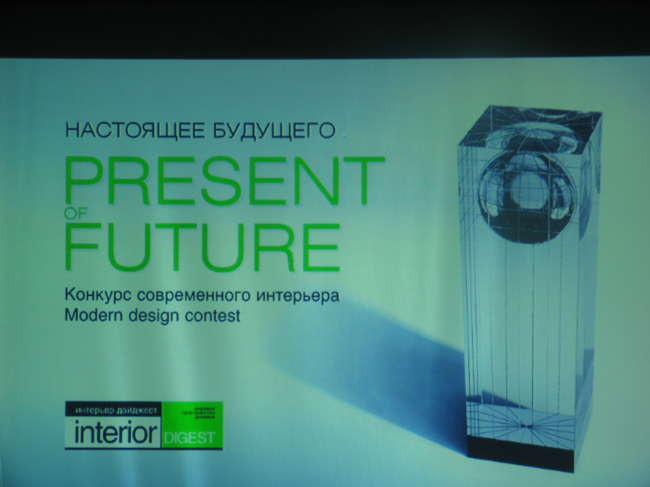 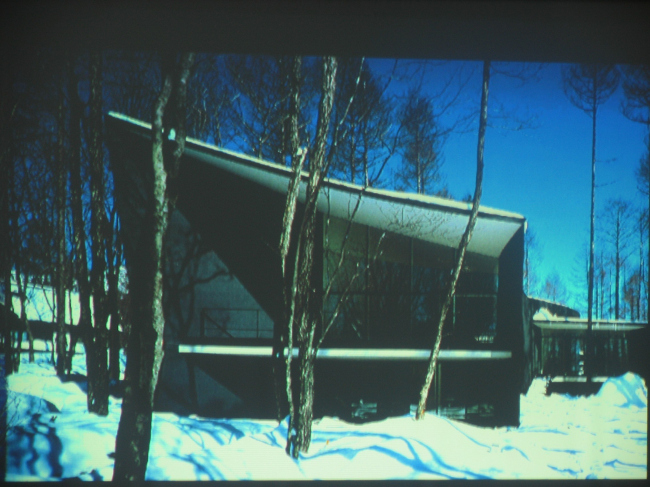 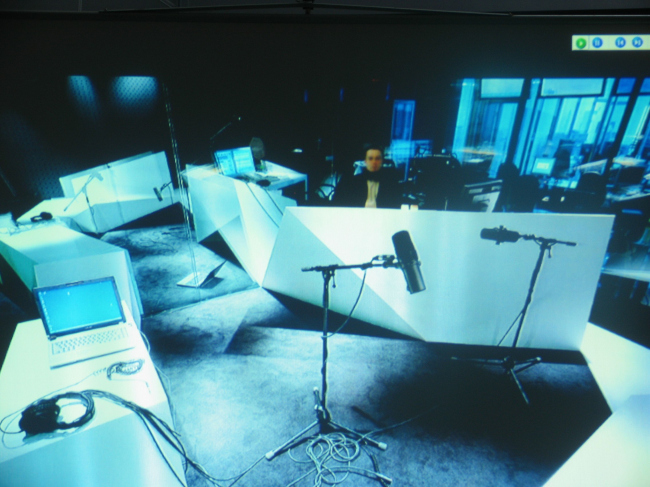