Along Bumagnyi proezd, rocking, paces a family of skyscrapers - the first is bent to the right, the second - to the left, the third one is shorter and is more dense, but with playful « hat cocked», echos an inclination of the first. Three towers projected by Vladimir Plotkin, unambiguously remind genre scene in execution of the artist-cubist of the most strict rules: all is very abstract and at the same time for the person of XXI century clearly, at the first tower even a "mouth" led round by a red framework - probably, walking our heroes conduct among themselves a quiet conversation. Houses are put on thin "legs" of galleries, that strengthens the similarity to walk even more.

It is necessary to tell, since time of fantastic Tatlin's tower architects infrequently indulge Moscow inclined buildings as , Pizan tower; - « dancing houses » meanwhile were not for us. Vladimir Plotkin corrects this situation accurately, but he is persistent. The easy inclination of each tower is visually strengthened by means of the graphic reception familiar to the majority of people under collections of charades and riddles: on facades verticals with an even greater corner of the inclination, repeatedly strengthening effect are lead. That inclined lines of "obverse" facades are parallel each other, slightly bewitches an eye, forcing for a while to believe in nonexistent movement, and directly specifies a source of reception - the art based on visual illusion.

If to argue, following usual logic of a modernist skyscraper, we should assume, that in the same way, that is stronger, than external walls, the internal support is bent - but, certainly, it is not so. Linear reception mismatches internal structure of buildings, and is imposed on it, supporting virtually not strong  list of both towers. The same purpose is reached with a different orientation of an inclination - contrast strengthens a corner and accents dynamics of lines which in any moment start to seem not parallel, but missing, opening their own, consistent, but abundantly clear the special attitudes which have developed at these skyscrapers not only with the law of gravitation, but also with habitual to us direct prospect. 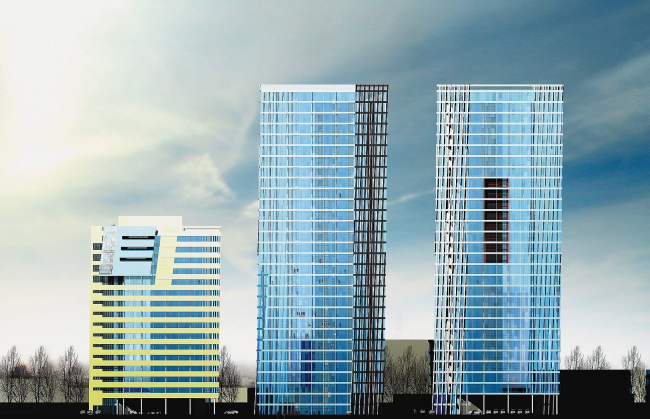 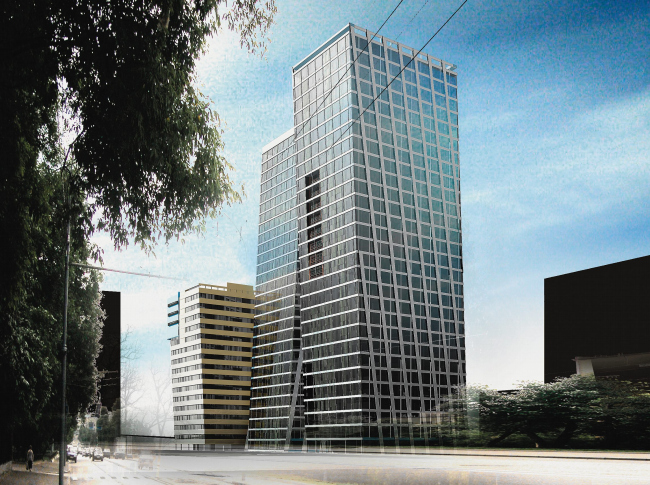 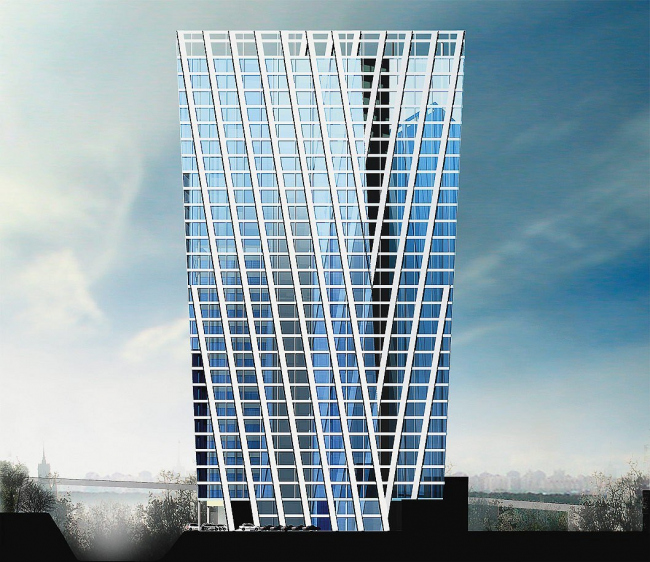 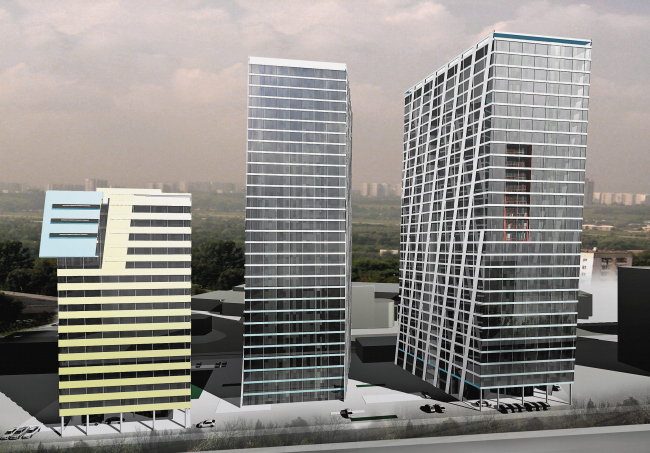 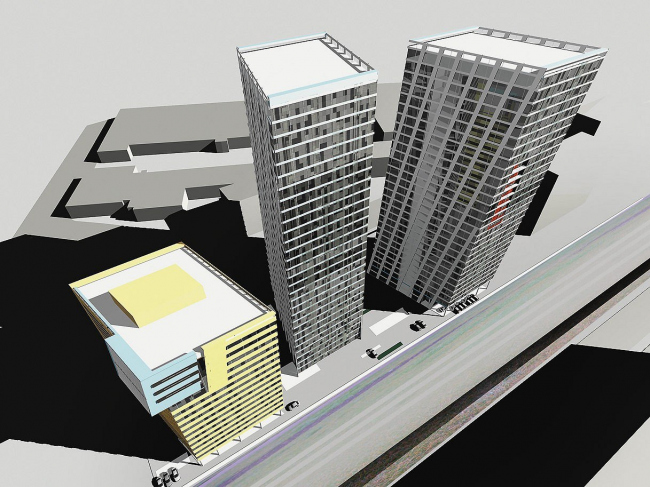