In Search of Lost Time

Reconstruction project of Gostiny Dvor in Serpuhov by Ilya Utkin.

Like any other architectural monument, history of Gostiny Dvor on Lenina square in Serpuhov (before the revolution known as Torgovaya square) is intricate and dramatic. It was constructed in the middle of the 19th century according to the project of D. Borisov, the architect. It was inspired by neo-classicism, was monumental and simple. In 1910 the architect Appelrot reconstructed it, and it changed beyond recognition –neo-classicist facades gained Russian brick neo-gothic fashion. Such radical reconstruction was dictated by the need to enlarge spaces and personal tastes of the client. And seemingly Appelrot wanted it to coincide with the brick church of Alexander Nevsky of 1854. It was demolished in 1920s. In Soviet times Gostiny dvor was reconstructed many times and “savagely repaired”, as Ilya Utkin described. Today, Gostiny Dvor is a faint shadow of the original construction of 1920 – many architectural elements of facades are lost, there are no original walls. For the past 200 years (it was designed in 1783) surrounding square have lost its idea, there used to be shopping arcades, today it is a park with a traffic circle (appeared after the war).

Describing the project, Ilya Utkin says that it is a crime to demolish architecture of considerable historical value and preventing of historical heritage is the primary need of the present times. This is exactly the way he approaches architecture. His art is aimed at evoking the lost images in minds, to make them realize the value of an architectural monument. To my mind, Ulya Utkin’s architecture is a memory. It has something dreamy. It is cold, gloomy, detached and melancholic. But at the same time it is touching and elegant. Ilya Utkin is a knight of the modern Russian architecture.

He seems to be the only architect who thinks more of saving the heritage than his personal goals. There are no author’s declarations in reconstruction project of Gostiny Dvor in Serpuhov. Not a hint on self expression. This is the example of authentic renovation by original plans and old pictures. Was used the image of Appelrot’s project of 1910, because the neo-classic project of 1845 by Borisov is lost.

Ilya Utkin suggest constructing a new chapel in the place of Aleksandra Nevskogo church, instead of executing a research renovation of the mention monument. The reason is that a proper research can’t be based on “a few indistinct photos”.

Ilya Utkin also suggests reconstruction of Lenina square, to make it more attractive for those who live there, for tourists. In the centre there will be culture, entertainment and tourist objects, and will be remove traffic area. There might be constructed a car-parking with 630 lots.

Ilya Utkin designed a mixed-use complex under the square. The way in begins from the quadrate embedment in front of the historical façade of Gostin Dvor, where steps down the front staircase.

Ilya Utkin returned the past look of the facades, with that he changed planning and enlarged its space. Historians are happy, as well as the clients. Who else is able to achieve this?

I believe it would be great if Ilya Utkin could be contracted to reconstruct monuments in the centre of Mosow, he delicately approaches the heritage. I think we would not have lost so much if that happened earlier.

PS. A fragment from concept note:
“By the decision of delegate board of Serpuhov town, Alexander Nevsky church must be reconstructed. Our project proposal includes the plan of reconstruction of the church destroyed in 1920, as well. But this decision requires a more detailed research. First, for the researched reconstruction there no necessary documents. The archive only has a few pictures of bad quality. The new construction will not have a historical value. And the place is not fine from the compositional point. Third, it is doubtful whether the retail and entertainment centre of the town need a new church, when there are so many original churches demanding care and renovation. In my opinion, there should be built a chapel on the fundament of the destroyed church”. Ilya Utkin 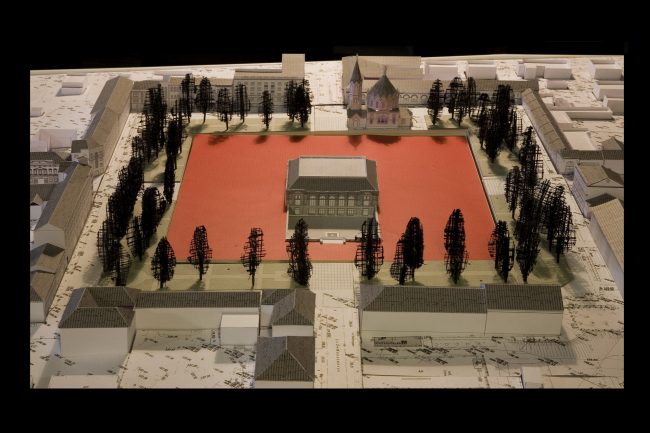 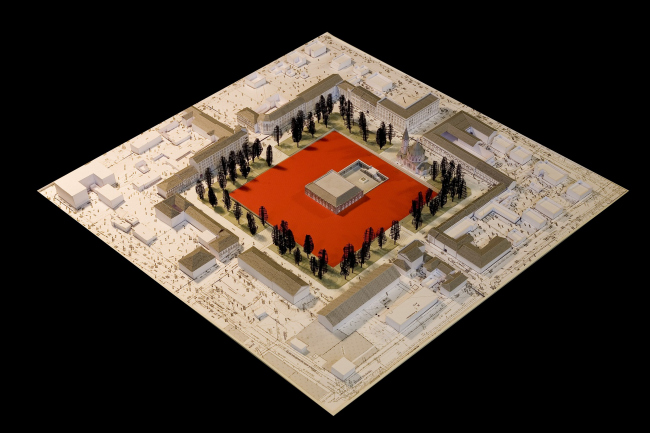 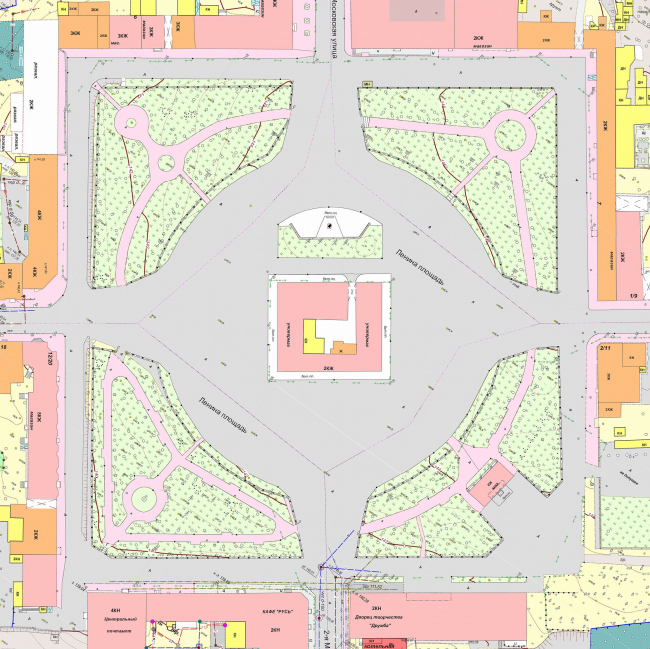