Small town by a busy highway

The project of a block on crossing of the Moscow Ring Road and Lykovsky proezd is a mini-town that consists of several different parts. Together, and separately they are comprehensively designed, and their exterior varies with fancy plasticity of the volumes

The project is the answer to a very important for Moscow issue of complex territory development by the largest highways of the city. It is not a secret that even the Moscow Ring Road for many years had been built over without a system and concern on exterior of the growing volumes. And only a few years ago it became obvious that the territory of the Moscow Ring Road, firstly, is one of the last free for construction places, secondly, it is worth a fine architectural idea, particularly where crosses with important radial directions.

Well, not each crossing must be interpreted as a front entrance to Moscow and be decorated with a triumphal arch, but it should be treated as a place that attracts different kinds of activities – absolutely. For this reason, multi-use centers in such spots are the best solution, and the owner of this 17ha territory on the crossing of the Moscow Ring Road and Lykovsky proezd – OOO “DS Development”, knew that well. Last year, in November, the developer held an open contest on the best development project of the territory from one side bounded by the Moscow Ring Road, and from the other sides - by the mentioned earlier Lykovsky proezd, tramway depot and unimpressive woodland belt. The project PAM by Vissarionov was the leader for long and was even considered as a final variant by the developer, but in a long run it gave way to the other project. But the concept still exists and is a noteworthy.

The composition of the complex is determined by the two key factors: the developer’s wish to build over the territory as compactly as possible, and the close location to the highway, loud day and night. So, the volumes are high and are maximally protected the highway. And if the facades of the 30storey office towers of intricate wave shape were to be glass (their considerable height was supposed to smooth level the environmental disorder common for a highway), the architects “cased” the retail and entertainment centre located on a level with the Moscow Ring Road as tight as possible. Its sail-shaped roof is down to the ground in places where the centre is most close to the road – like a blanket that a caring mother turns under her child. The complex includes a business-park, four constructions which surround the open multistorey car parking with the operated roof, and arc-shaped buildings of a hotel and apart-hotel, between them there is a conference centre.

Generally the complex is interpreted by the architects as a “town in the city”, strictly divided into residential and trade-office blocks. Not any town can do without its own engineer-transport infrastructure of the complex, here also the issues of road net are thoroughly considered. At that the architects purposely did not look for an absolutely new idea, the transport infrastructure is the same as of Moscow Ring Road and this made it possible to create most convenient ways for visitors. There are entrances to the territory from the both sides of Moscow Ring Road and also from Zvenigorodsky prospect – the other large transport line very close to the site. Logistically, each functional zone can be independent: in order to avoid traffic jam the entrances and ways out are in each block of the “mini-town”.

No doubt, concerning design and infrastructure this project is worth the highest opinion. At that its objects are so different stylistically that make impression of a stylistic diversity. This is a fat jar of ideas, a collection of archetypes – objects that can be built by a highway and complement it. 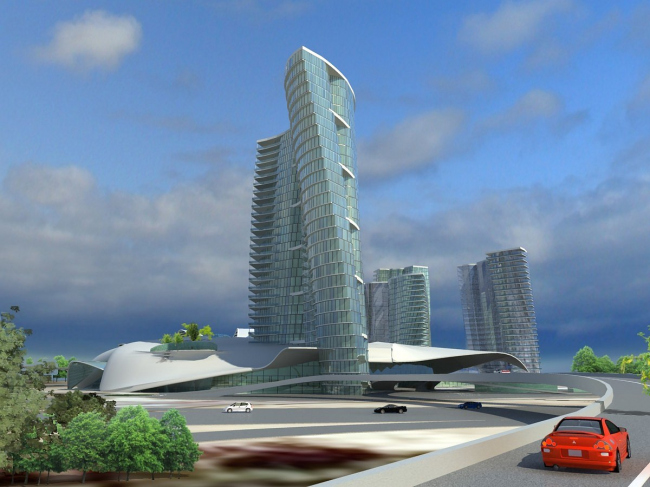 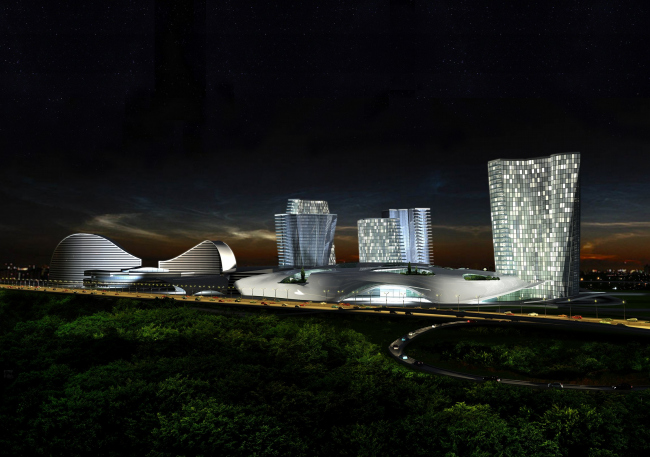 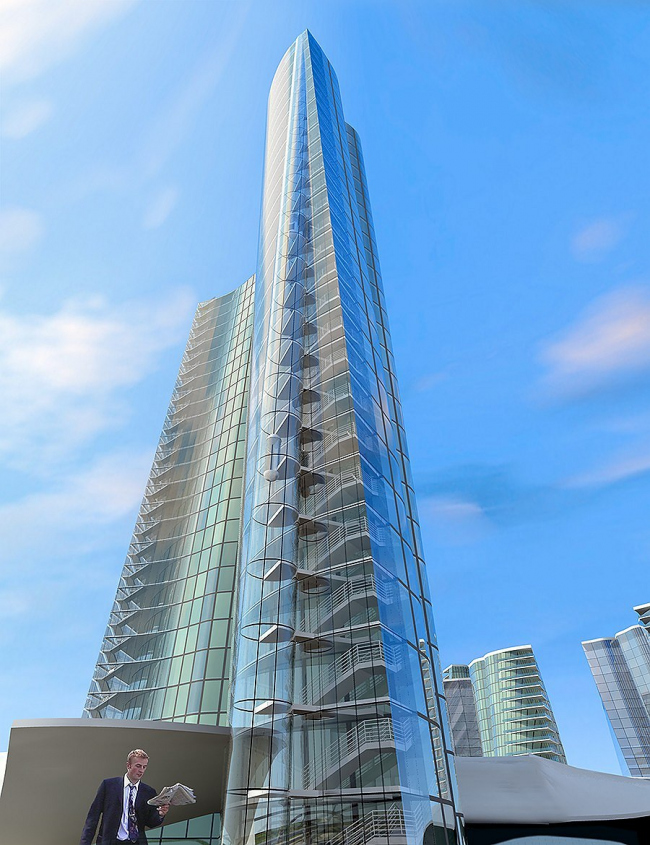 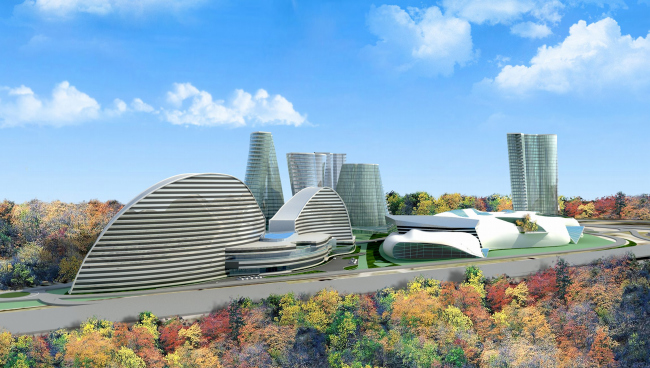