Tony Fretton: «Often architects are the only ones that make steps forward»

British architect Tony Fretton on inherent democratic character of modernism, motifs from the past and students’ contribution to architectural thinking. 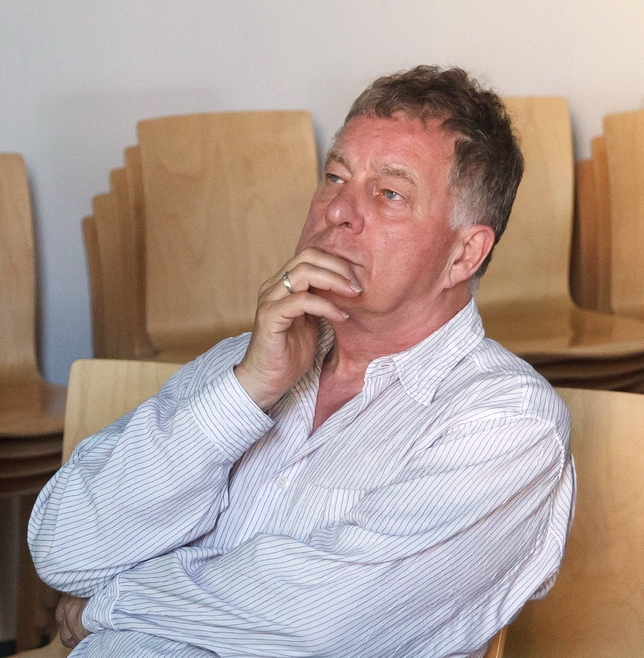 Archi.ru:
- You use term ‘cultural artifact’ when you are talking of historical buildings meaning that they are multi-layered products of the past. In this sense, your buildings and building by your colleagues are products of past and contemporary culture. But the language of your architecture is a language of modernism. So the modernism is still relevant today, isn’t it?

Tony Fretton:
– Yes, absolutely. The Modern Movement was as significant as the Renaissance, and it still influences the thinking of architects and planners today, but we have forgotten the great things it achieved and what it replaced. Before modernism the predominant architectural style was Beaux Arts classicism, which had several centuries of class distinctions built into it. The house of a worker would be plain utilitarian while that of a rich person would be decorated like a wedding cake. A government building would be a palazzo while a factory would be a shed. The architects of the Modern Movement found an abstract and functional architecture that was appropriate to new democratic society, in which class distinctions were not present, an amazing achievement. Some of the most important buildings of the early stage of modernism are here in Russia – Melnikov’s house and clubs, Ginzburg’s Narkonfim.

If we take a wider view of modernism that includes painting, literature and music as well as architecture we can see that Picasso, James Joyce, Stravinsky and Le Corbusier freely used motifs from the past in combination with the new possibilities of modernism to make work that was appropriate to the present époque. It seems to me that as a modernist architect today it is still possible to do this, as you can see from the Red House, the British Embassy and the Fuglsang, and to do this with integrity and social relevance in a way that is completely free of post-modern irony. 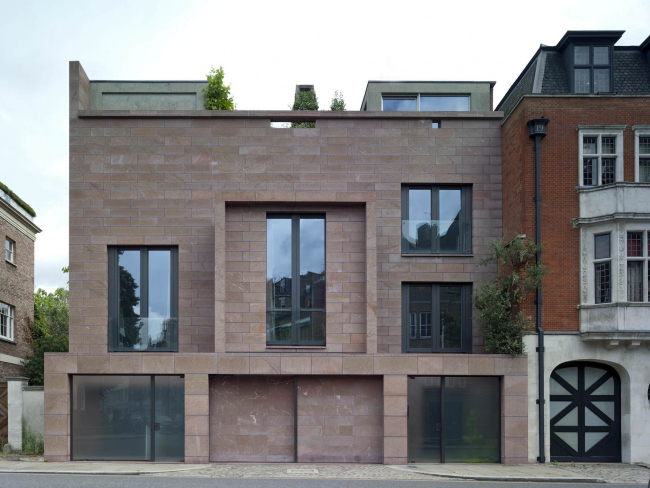 - Actually you have answered my next question about engaging people with the works of modernism because here in Russia when someone sees buildings by David Chipperfield, for example, they say that they are like late Soviet times, and it’s true because we have here in Moscow some buildings from 1970s that really look……

– David, my friend, they are saying in Moscow that your works are Soviet in style. If it were me I would be flattered. I find buildings from that period very interesting, particularly the Russian Academy of Sciences building in Moscow by Yuri Platonov. From an external perspective many interesting things occurred in the Soviet sphere that gave strength to people of the left in the rest of the world. We are in a situation now where economic liberalism prevails unchallenged and its greed, individualism and social carelessness are visible in the built environment, both in Russia and the West.
Like an increasingly large number of people, in the face of this situation I have to show in interviews like this and other means that I am politically aware of the present and the need to develop alternatives. 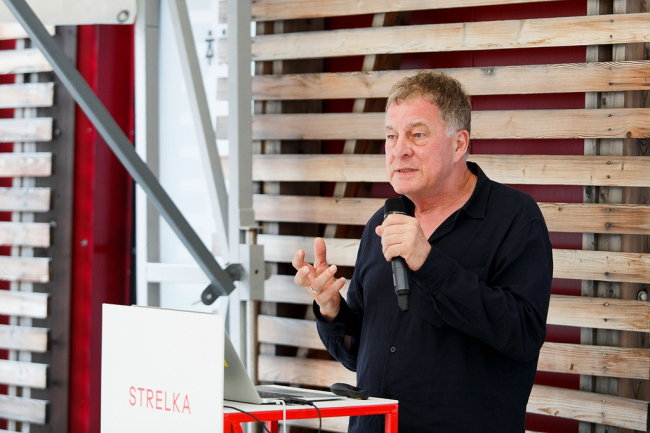 - Of course, nobody argues that architect should not be socially responsible. But don’t you think that something like social responsibility is in vogue now, everyone has to work in the developing countries and so on?

– I think that it is a more concrete tendency than a vogue; certainly my students in London are increasingly socially minded. I do not have experience in working in developing countries, just the UK (which sometimes can feel like a developing country) and Northern Europe.

- You work in the United Kingdom but also a lot of your buildings are realized in the Netherlands. How did it turn out this way?

– At the time Holland was experimenting with different perspectives and interested in foreign architects, a little like having a holiday romance with a hot Italian, or in my case a cool Englishman. Dutch society and English society are quite similar. Despite their current viciously conservative regimes they are fundamentally socially democratic. Local inflections exist and in relation to them our buildings probably seem slightly strange, but actually cities are better if they have slightly strange parts. 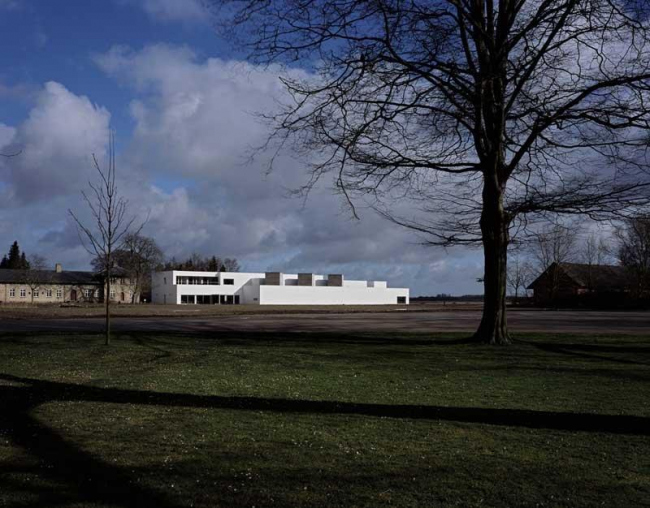 - I remember David Adjaye saying at the opening of this building that he liked to work in Russia and he would like to build something else in Moscow. But you know his Skolkovo school is still a single building by the prominent foreign architect in Russia.

– I am sure that what he said was completely altruistic and not in any way intended to advance his career. In answer to the second part of the question Russia has very good architects, as good as any in the world so I am not sure it needs many foreign architects.

- And you say that you are friends?

– David and I are friends. He calls me the godfather of architecture in London, so I think I am allowed to tease him a little.

- Well, your work and his are from different parts of the spectrum…

– David’s work is in the polychromatic part of the spectrum…
I have been influential on the younger generation, they say, but we each have our own voice and respect each other. 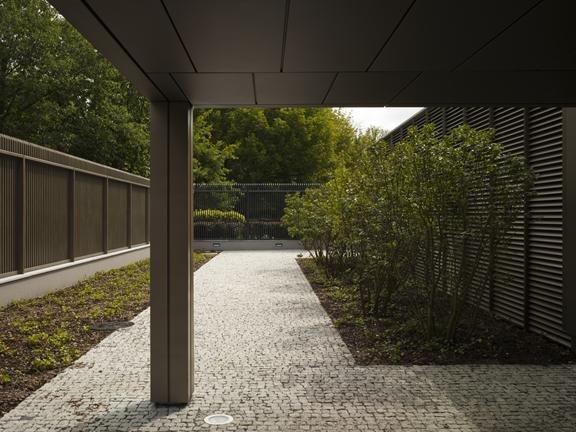 - From the outsider’s point of view it seems there is a strong group of modernist architects in Britain now, stronger than in Germany, for example – you, David Chipperfield, Keith Williams, Terry Pawson…

– Include Sergison Bates, Steven Taylor, Jonathan Woolf, Ian Ritchie and a lot of others in that list. It was really surprising to discover that the world is interested in our work, because being an architect in the UK can feel like rowing upstream against a strong current. That is why Chipperfield, Stirling, Foster, Rogers and I have had to work in other countries. It is a pleasure to hear we are a movement. Recognition is good and you try to be responsible with it. So coming to Russia I’ll try to talk in a particular gentle way about possibility of ideas to make an open offering to people rather than imposing another stylistic position.

- It’s also a question for me because you and David Chipperfield in your interviews criticize the English attitude towards architects and architecture, architecture production and so on. Why is that – because from the Russian point of there is a paradise for architects everywhere in Europe.

– It’s proper for architects to point out to politicians and bureaucrats in their culture where things could be better. I admire David because he is completely outspoken. Other architects in his position would be diplomatic, and ‘starchitects’ would say what the other person wants to hear. David is a very valuable critic and his work consistently extremely good. I learned a lot from it and I get my students to study his work. He is a great designer, builds so well, understands materials so well, and understands how to produce large volumes of high quality work.

We need lots of different architects in the society, architects like David with a large productive capacities and architects like me producing a smaller amount of intense work. And we have to think beyond our own time by teaching future generation of architects and helping them to get started.

So it’s a happy but precarious situation in London, one that we should keep criticizing. It looks much harder in Moscow. If I can say this, greed and ignorance are ruining Moscow as they have done in London. Two days ago Mikhail Khazanov showed me his building for the Moscow Regional government. There was intense pressure on him to get rid of the atrium, but he was right not to, because in the next decades people will become accustomed to the idea of communicating freely in this public space and Mikhail will be proved to have been ahead of his time. Architects have to be difficult, to be unwilling to compromise, because often they are the only ones that make these forward steps. The Constructivists demonstrate that very clearly.

- That’s true, but you know that their buildings now are in very bad condition.

– That’s a tragedy and actually monstrous because their buildings were central for the development of the European Modernism, as central as those of Le Corbusier and Mies van der Rohe.
There is a cultural duty to Russia and Europe to restore and care for them in a scholarly way. Market forces will not do this. Now that the full extent of the Thatcherist experiment can be seen there is a dawning awareness in the UK that blind faith in market forces has not delivered a sustainable society or city and there is a need for intelligent, cultured planning. Developers in Moscow might like to think about the type of city they leave to their children and grandchildren.

- Or to London, where a lot of them already live. So, speaking of the younger generation: you have an extensive experience as a teacher, you’ve come here also as a teacher. Have your teaching methods changed over the years?

– I think they have, but I could not say how, because it has been an evolving process. The continuity of older ideas in contemporary society interests me. I do not mean as history, but as long established ways of doing things that remain relevant in the present. In that respect I can say is that in my experience, architecture students have not fundamentally changed. They remain instinctively humanistic and socially minded. So I am very confident in the present generation both in London at the Cass school where I am now teaching and the students in my workshop this week at Strelka. 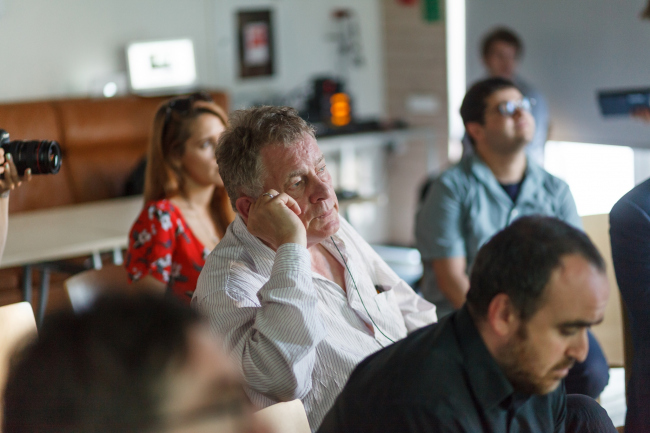 - So what is the main advice that you give your students when they are graduating?

– I try to give them advice cumulatively before they graduate. I think that the present situation needs many different points of view working together, as in the development of open source software. Like many other teachers I acknowledge that students can make a contribution to architectural thinking. I show students how to recognize the value of their ideas and take them into a course of action. I could be accused of being uncritical, but that is a small price to pay for giving younger architects confidence combined with a sense of social responsibility.
Text by: Tony Fretton, Nina Frolova