The old and the new

Business centre project Forum-Plaza is the solution that balances on the edge between conservative and absolutely modern approach to architecture. However, it is soft, keen and considered enough to become one of the examples of harmonious match of both

The site for the business centre is near Kievsky railroad station, on the border between the set of various as well as modern buildings and evenly conservative ones of Stalin period with the apotheosis – Dorogomilovskaya street. Such stylistic duality is more common for Kutuzovka – a prestigious area of Stalin epoch that for the past years has been actively growing out with elite business buildings headed by the CITY. The theme shortly introduced as “the Old and the New”, has finely developed into the architecture of business centre Forum-Plaza, designed by SPeeCH.

In the middle of the trapezoidal site there is a recently built 8storey office building. Constructions of Forum-Plaza will occupy the whole remaining territory, surrounding that building from the three sides, in the shape of incorrect П sign. Such close neighboring suggested a plastical solution – the architects thought of this building as a strange object – and responded turning their complex into “an open puzzle”.

Each building has got huge consoles and cuts that resemble some giant construction’s joints because where one has a brow, the other has a set-back. This complicates the outlines and creates an effect of motion – as if we have a large and odd mechanism in front of us, which somehow came into an action and stopped on half-way. Or haven’t, and continues transforming very slowly and invisibly to eye, and in a year or two will change its shape. Obviously, this hidden movement is a reaction on the “strange object” of that building on the site: new complex is almost closed down around it, or on the contrary, opens, letting the neighbor pass.

Motion, put to the architectural plot of the “puzzle”, is held back with the strict design of facades, lined by the equal separations into equal cells of square windows. The building seems to be cut out of some special fabric, a kind of crystalline sponge with very rough geometrical structure. Indeed, it is not so, there will be traditional, very comfortable office spaces inside, but outside if look closely at the building, it will be a heap of giant pumice-stone with square-geometrical structure.

Uniform mesh of the separations will be faced with stone. A rear for modern Moscow example of such a grand use of natural limestone – says Sergey Kuznecov, the architect; not only base, but also facades from top to bottom will be faced with it. And the architects are planning to use not the popular Yurassic lime, but certificate some new for Moscow type of stone.

Another stroke – decorative: stone areas of the separations will be covered with small geometrical cutting. The varied ornament will mark the slight difference of buildings. It will have a uniform pattern but the filling will be different: starting with stepped fielded panels resembling art-deco and up to small curb, rhombs, triangles. SPeeCH’s architects approach very carefully to decoration design – all the images are not only digitally elaborated and shown to the client as a model of standard size, but the authors plan to make another model in the scale of one third (i.e. three times smaller then the real construction) with natural stone and glass in order to finally check how it will look. A supernatural scrupulosity.

Exact dry image, covering all the stone areas of the complex, helps to achieve a few goals. Firstly, such a small detailing creates an effect of a high-quality facing of the building and in combination with natural stone works on presentability of the business-centre. Secondly, as Sergey Kuznecov has noticed, the ornament adds warmth and becomes a unique interpretation of the national theme – in Russia ornamentality gained special love. And finally, the third, the architectural effect: buildings lack traditional tectonics of bearing weight. In other words, there is top and bottom – not that there any at all, they are in common comprehension, but hardly in architectural.

And here is another collision, echoing the marked in the beginning of the Genius Loci theme of the area by Kutuzovsky highway and Kievsky railroad station. Traditional massivity of a stone building and quality of a product of present-day modernism perfect in every detail, interlace in a fancy proportion, however leading to an agreeable enough result. Stone is customarily heavy and massive for the client and for a stranger. But, well, traditionally it must be heavy and massive. Modern stone is not of that kind – it does not consist of quadras, but thin panels. Architects of SPeeCH also make it non-material covering with ornamental cutting – there appears maximum light image of a stone, almost reduced to the notion of Platon’s idea – a stone is present and shines with its texture but almost loses is materiality. The result is predictable – dear to the client traditional material gains features of modern architecture – atectonical lightness.

Unlike traditional and modern look of the buildings, the small volume of the front complex is super-modern: its walls will be constructed in “foiltec” technology – large half-transparent plastic pads, quite recent invention in foreign architecture (one of the most interesting example of its usage is the State swimming centre, that is being built in Peking for Olympic Games, 2008). Streamlined forms of the transparent pads contrast by strict lines of stone cutting and considerably enlarge modern and technological element of the project against “conservatively stone”. In fact there are no contradictions, or there are, but only in our minds that always want to part “the old and the new”, contextual and super-modern. In real world these two notions finely live together – and the example is project Forum-Plaza by SPeeCH. 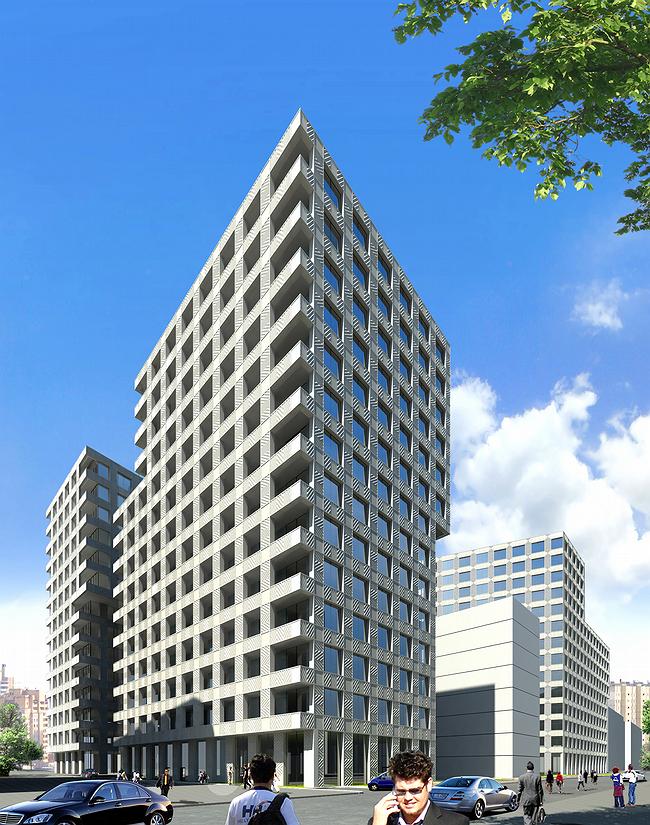 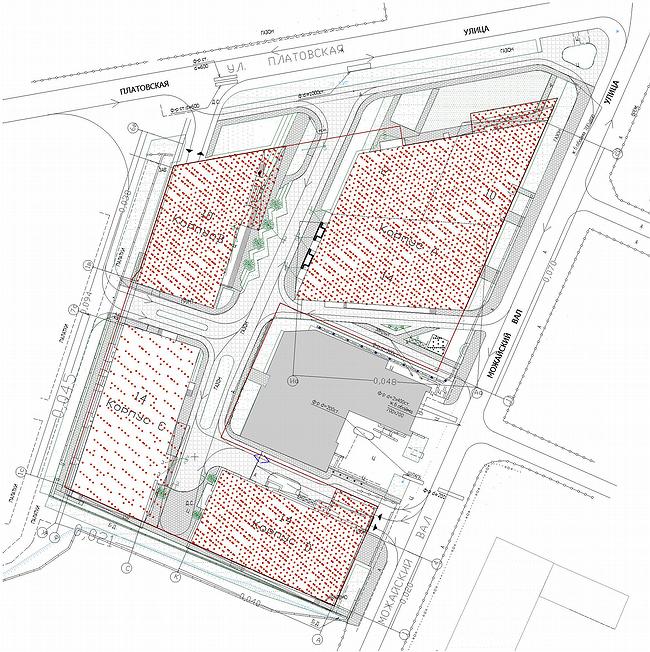 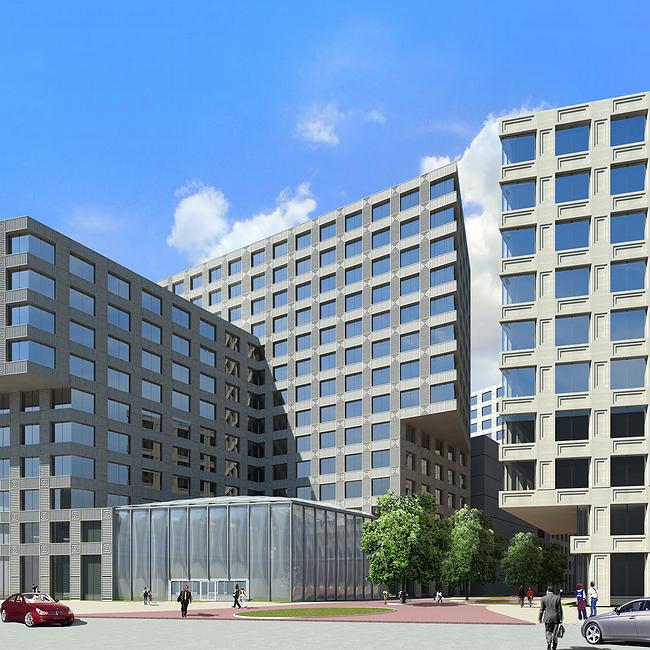 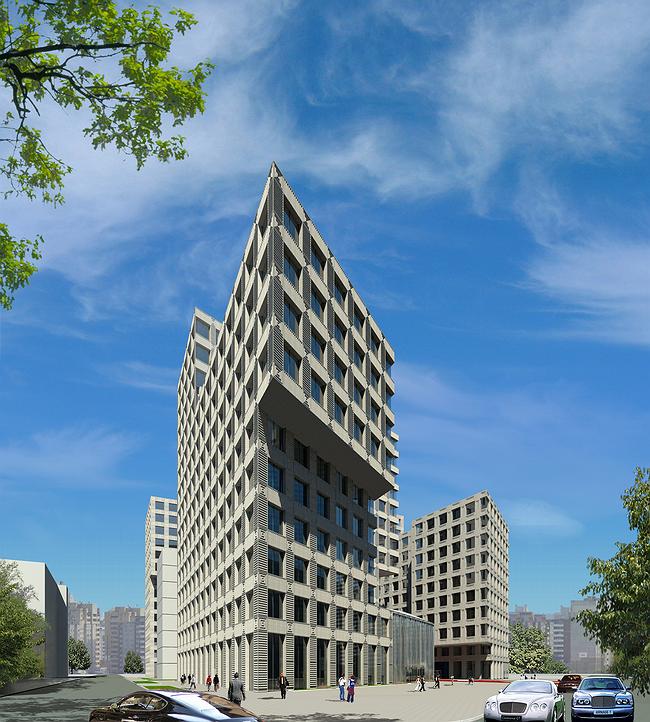 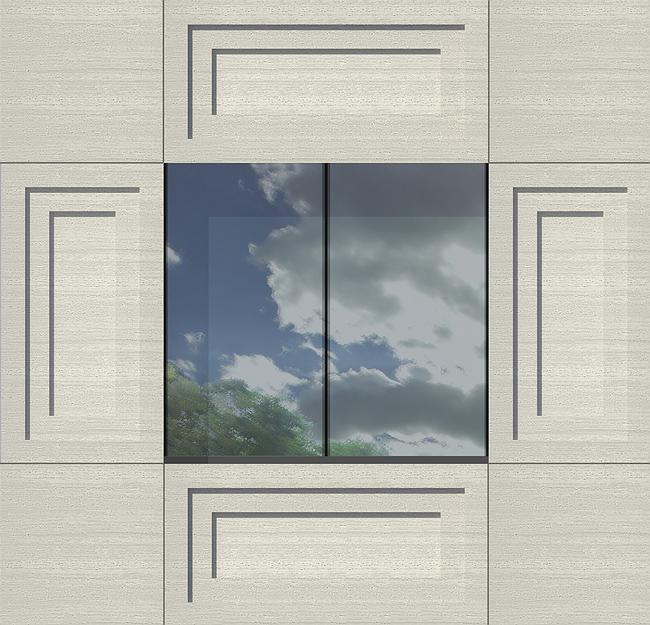 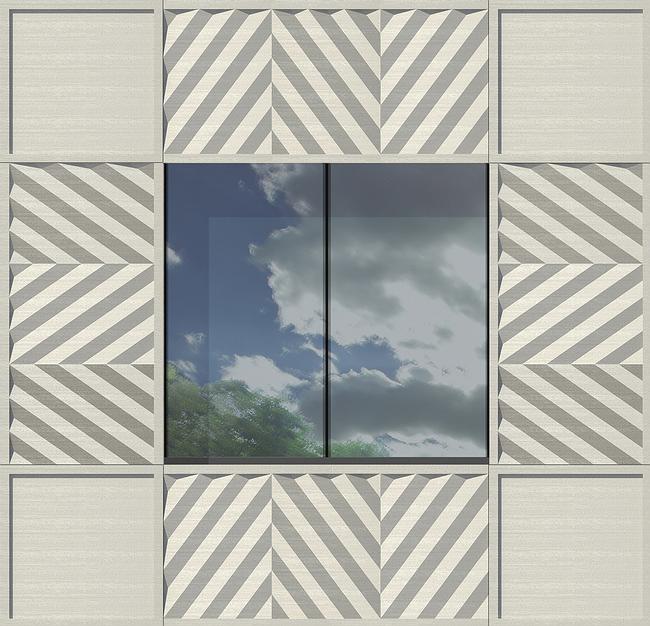 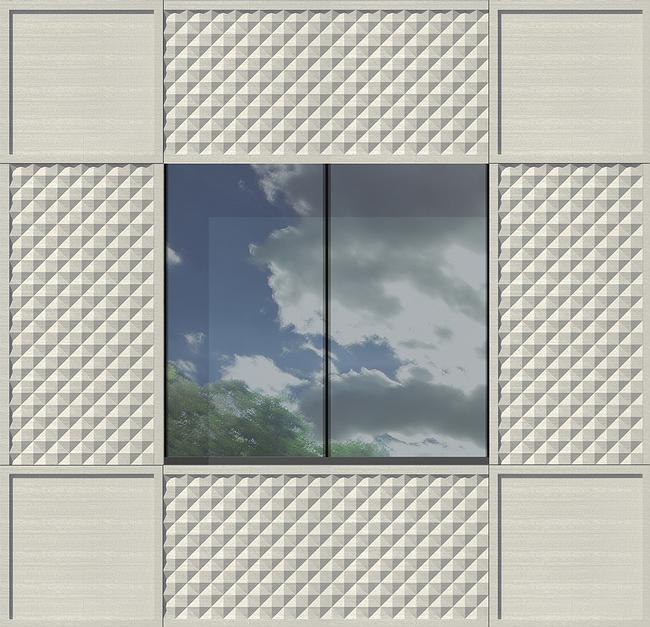 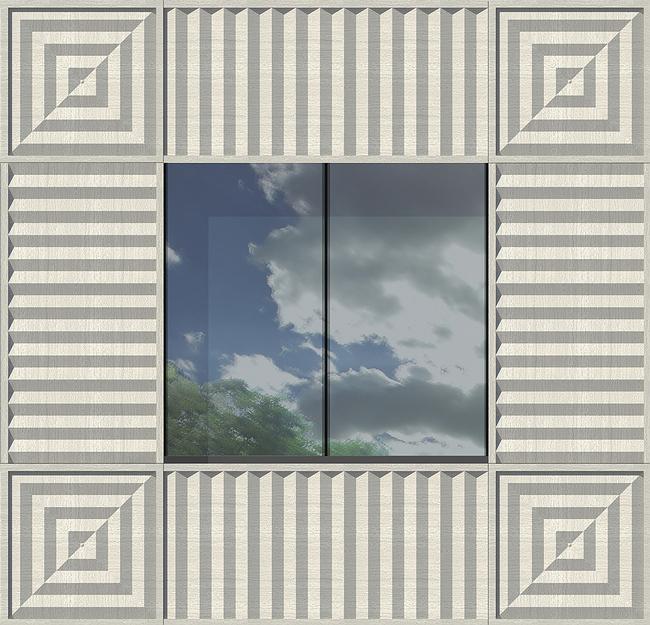 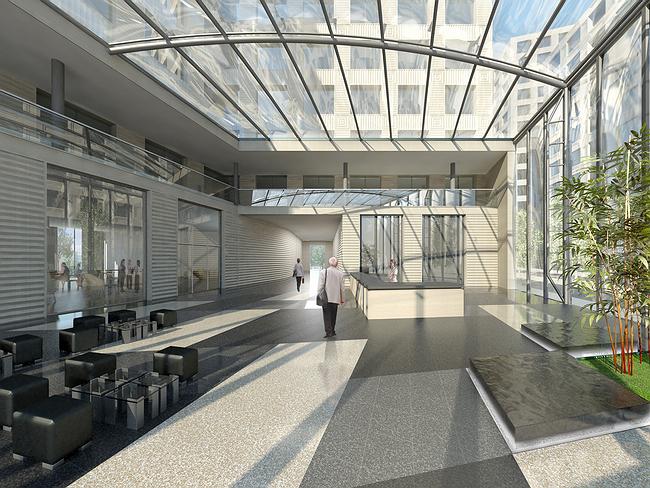 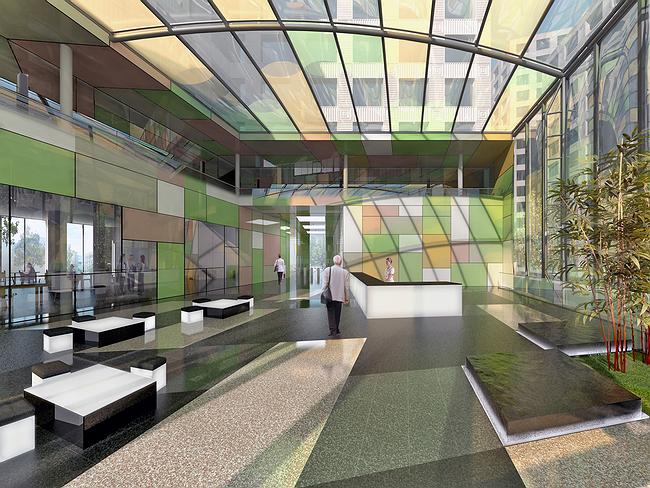