Due to unique construction of façade that changes its color, and to transparent consoles-“shopwindows” extended from body of the building, the new car dealer centre, ADM studio’s project, may become a significant object among modern buildings that have appeared behind Moscow Ring Road for the past years.

The site for the project is in Severnoe Butovo, between the projected proesd and Kulikovskaya street. It is fine for such kind of trade: first, on the opposite side, not far, there is a centre of customs clearance – it is convenient to deliver goods right to the car centre; secondly there are carwash and two petrol stations. And finally, the biggest plus of the place is that it is very well seen from cars passing Moscow Ring Road – this have determined the appearance of the building and the main architectural idea.

The architects suggested one of the facades – the one seen from Moscow Ring Road – to be an effective shop-window. Far from its area there extend prisms of glass consoles, where will be shown cars for sale. At night they will glow from inside, and probably in different colours attracting those driving by. Such a method is expensive – the basis of the ‘shop-windows’ is structural glazing and metal carcass that enables their significant extend from the building. This is why the front façade – the most costly – in fact is a giant advertising, created with architectural methods.

The most of the construction is occupied with garage – vehicle store, for which the architects have found a fine but cost-efficient approach. Crating of vertical metal ‘angle bars’ on 10-15 cm from each other is how the external walls of the garage made of. This makes the inner spaces naturally ventilated, and the client will economize not only on main walls and heating, but also ventilation. The Crating is not that plain. The angle bars’ boards are of different colours so the façade changes its colour from different points of view, turning from white into blue, from blue into orange. Due to keen coloring the plane surfaces turn into a kind of inner life, looks like a living being, mostly a chameleon, that is able to change colours. The construction is quite low-cost, but looks impressive.

The garage, metal crating of which is open fro wind – cold, unheated spaces that take most of the building. The heated space is the designed for the car service centre, that is located on the underground level and also the sales area, which is inserted into the lower part of the construction and one upper floor. The glass walls of the sales area step back from the construction’s outline, creating levitation effect. 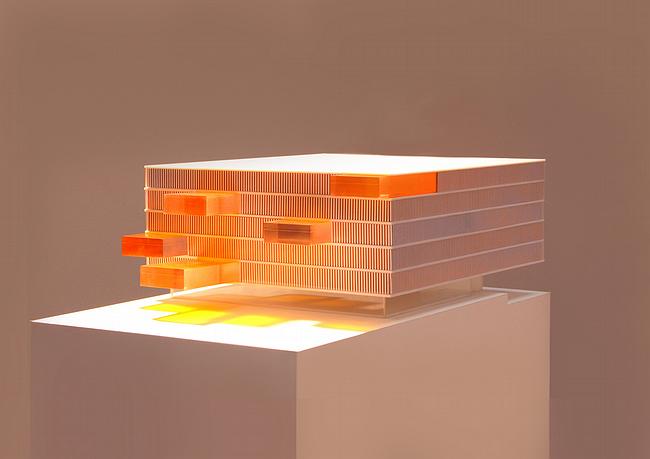 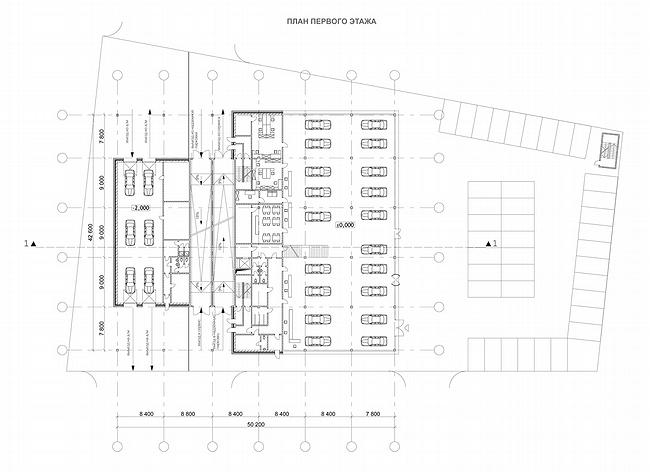 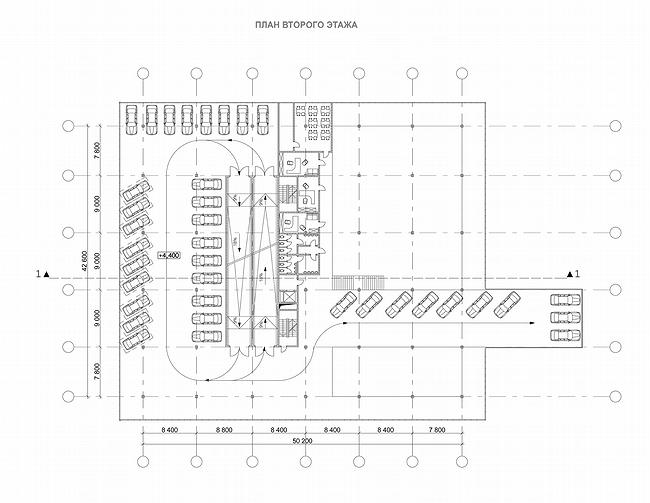 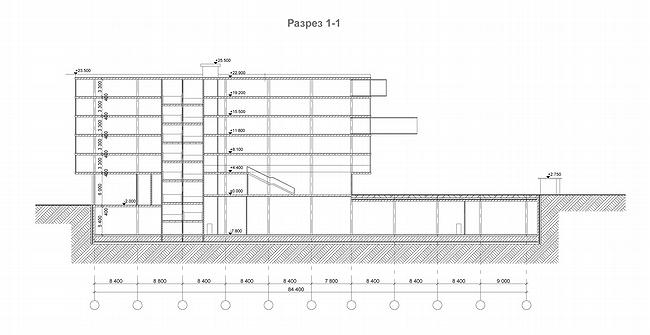 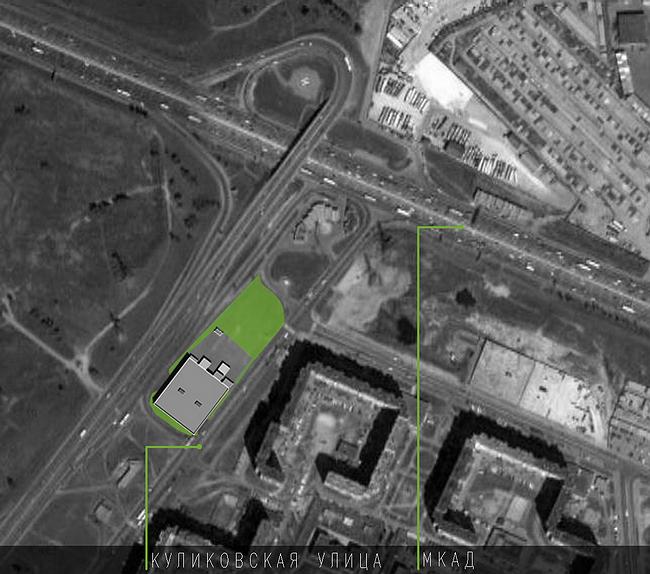 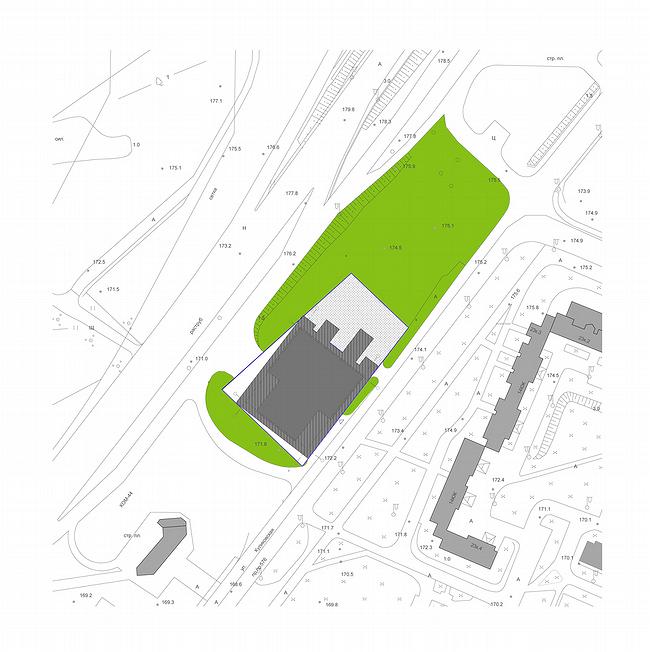