In the center of Vitebsk, “City-Arch” is designing a new administration and business centre. Its image includes the stylistic devices of contemporary architecture as well as the features of the surrounding historical housing.

The land site, on which the new complex will be built, is located in the very heart of this old Byelorussian city. The range of its immediate neighbours includes two and three-storey houses of the late XIX - early XX centuries that are of historical value, and the famous Patronage of the Mother of God Cathedral. At the same time, the future construction site itself has been a sheer wasteland for the last three decades. Visually, this place has always been perceived as a gap and a regretful deficiency in the historical fabric of the city, and has long since been in need of attention from the town-planning standpoint. Valery Lukomsky shares that the starting point during the development of the master plan and the architectural composition was the fact that the future centre would be located next to the famous Cathedral. Eventually, the architects were able to tactfully and gracefully penetrate the cityscape and thus express the idea of the connection between the present, the past, and the future.

The conflict between the need for a considerable amount of office premises (some 8000 sqm) and the construction restrictions imposed by the protected area made the architects search for new and out-of-the-box solutions. At the end of the day it was decided to split the business centre into two volumes – a three-storey one proportionate to the surrounding houses and bordering on the red housing line of Lenin Street, and the five-storey one, situated at the back of the site. To maximally expose the view of the Mother of God Cathedral, the side of the larger volume is cut diagonally and turned into the depth of the site. 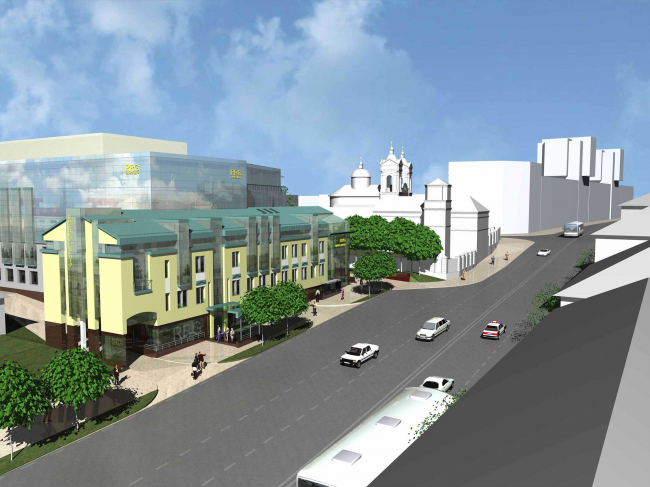 The tree and five-storey volumes are opposed to one another not only from the point of size and height, but also stylistically. The taller part is fully glass-covered, which helps it dissolve in the cityscape. The three-storey building, in turn, looks like the up-to-date interpretation of the surrounding historical architecture: the gable roof, the stucco façade, the bay windows, and the through-passage arch are the typical examples of the old Vitebsk architecture. Hailing the tradition, however, the architects still add to the building that faces the old town, some features of contemporary architecture. For one, the granite basement floor is visually "lightened" with large pieces of stained glass that "lift" the building off the ground. The whole right-hand part of the structure, that faces the Cathedral, is executed entirely out of glass. Thus it opens the fine view of the old town, and t the same time presents striking perspectives with the reflections of the Cathedral.
Text by: Valery Lukomsky, Tatiana Pashintseva
Translated by Anton Mizonov 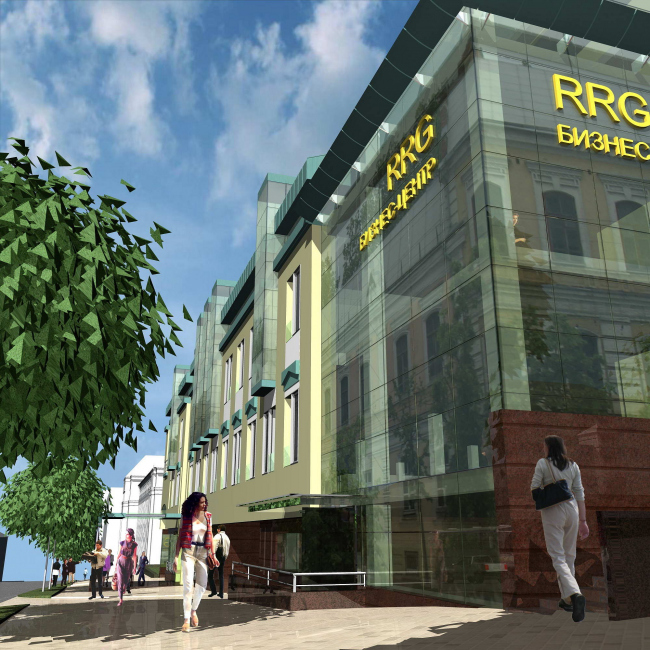 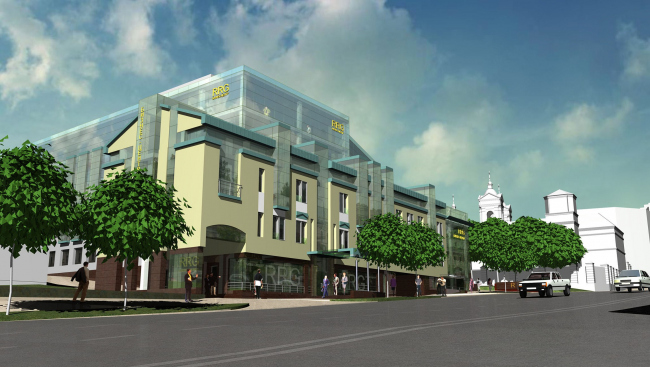 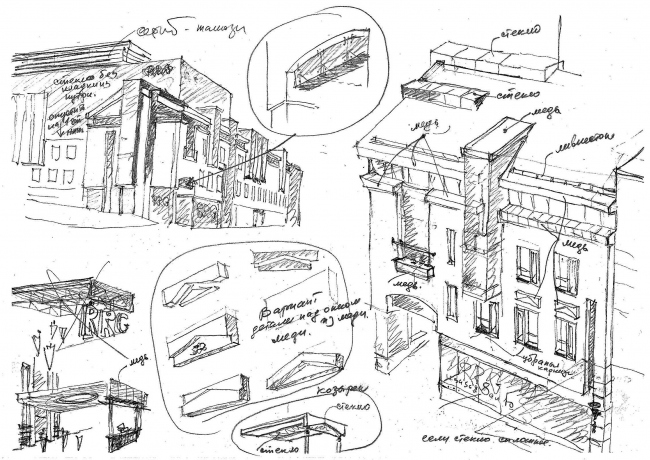