Column in the body of avant-garde

The office building by Bavykin for Avtozavodskaia Street is a sink into the architectural language of Ilya Golosov, whether jokingly or seriously illustrating classical origins of the well-known avant-gardist’s searches

The area chosen for the project is mostly built up with industrial buildings of 1920-30’s of the industrial plant nowadays known as ZIL. The appeal to the heritage of Russian avant-garde is quite natural in such neighboring; however, the new building does not slave to the surrounding. On the contrary, it seems that it is trying to revise the historical injustice, adding an element of a more complex version of architectural searches of the same epoch to the constructivism of the industrial zone. At that, suggesting its own variant of the forms conception, that are definitely a part of history, neither continued nor comprehended.

Ilya Golosov, the student of the classicist Ivan Joltovskiy, architecture theorist and an avant-gardist, was one of those who invented a new form in 1920’s, replacing a corner of a building with a glass cylinder seized by the rectangular console. Remarkable for the novelty, the approach, actually, is not that simple, as it might seem: the corner rotunda was a much loved classicism method. Such a fusion of forms is well-known to the classic architecture, only in smaller scale – similarly, a round body of a «mufted» column is crossed with the rectangular blocks imitating raw stone quadras, containing sculptural perfection of the column within the "wild" massif. In the Golosov’s version the idea bares its stereometric nature: the simultaneous confrontation of round and square, vertical and horizontal – the “knot" grows up the house size and completely loses the external resemblance to the prototype.

In Bavykin’s project this relation to the initial form is shown again, seems like it has been growing out. The building, for the clear reasons of capacity, is much higher than most of the avant-garde projects are – it is has got 27 storeys. The grown up size requires increasing the number of the console "arms" - there are four of them instead of one, equally spaced. In four storeys – the rectangular one is fixing and is pointing the glass of the huge cylinder. Due to the repetition, the consoles return themselves a remote resemblance to the « mufts» on a very huge column.

This wouldn’t be obvious to everyone, but Bavykin nails down the achieve, transforming the glass of the 27-storey cylinder into cannelures in the Doric order. The ridge surface looks so disorderly, that sooner or later brings to the conclusion that this is a descendant of a column in front of us, having grown up in 10-15 times, or, to be more exact, its stereometric transformation in a larger size.

Now, we can recollect that Golosov in early and late periods had projects with exaggerated, wide and short, Doric columns, huge cannelures of which are similar to those used in the new Bavykin’s project.

And also - that five years before Golosov had constructed the club named after Zuev, there had appeared the famous project by Adolf Loos – the skyscraper in the shape of a column. It had completely excluded the main element of the classical order out of the "small" category. And also that this very column is shown on the logo of Bavykin’s workshop, together with a barking dog from his pictures of the "paper" period.

At large, the approach recognized in the architecture of the house on Avtozavodskaya, seems to belong to the “visionary architecture”. There is nothing fashionable, glamour here: no slants, bends, and beauties. A very consistently reproduced language of the 1920’s that is bringing typological innovations – for example, the ten lower storeys of the building have been given to the parking, it lacks external walls and this considerably solves the problem of ventilation. The architect’s art has developed here to some other, profound level, not in a decorative or constructive way, but rather typological and semantic. Bavykin explores avant-garde as thoroughly as classicists used to study the antiquity. Eventually, it appears that they are not that so far apart from each other. 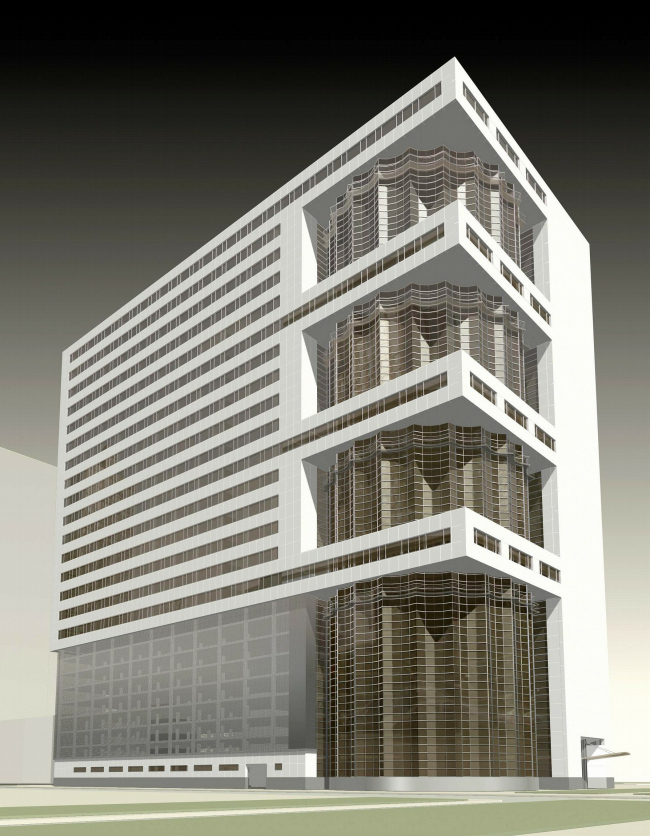 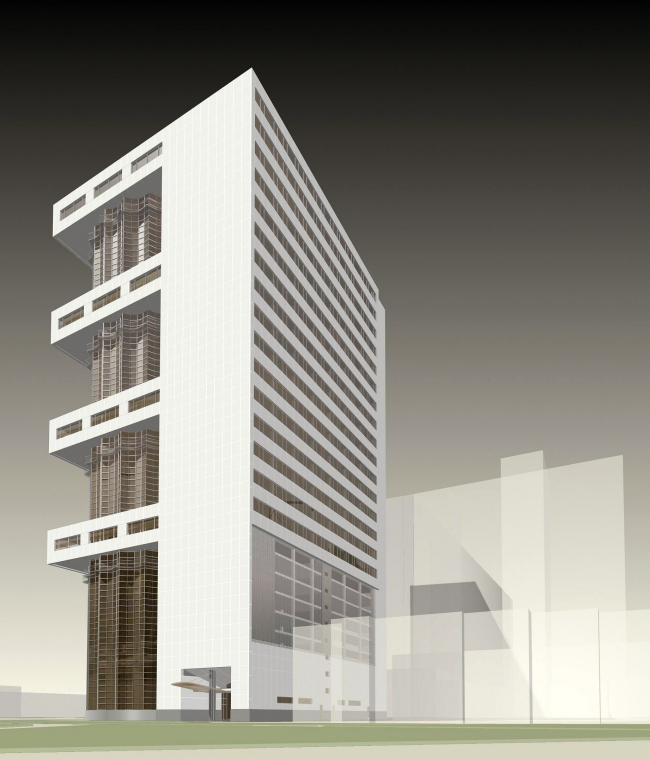 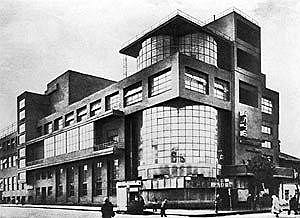 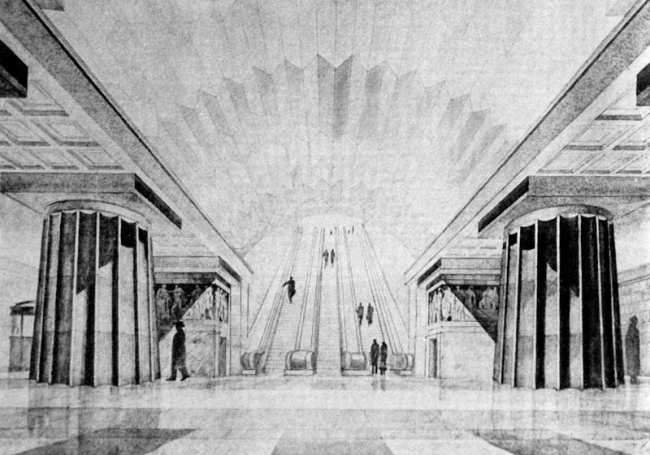 Ilya Golosov. The contest project for the Moscow Underground 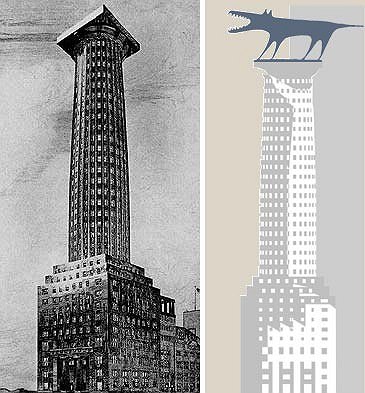 left: the project by Adolf Loos for The Chicago Tribune. right: The logo of Alexey Bavykin's studio