On November, 30th on public discussion at mayor of Moscow the project of a new cathedral of Zachatevskiy monastery have approved: on a place of a pseudo-Gothic temple of M.F.Kazakova stylization under « XVI-XVII a century will be constructed». Also two stadiums (A.Bokov, D.Bush) were approved.

The presented project of football stadium of TsSKA («Moscomproekt-4», Bokov А.В, Bush D.V.) combines two functions - sports and commercial. An entrance to stadium is through Hodynka, from the back party, and from the underground Polezhaevskaja. From different directions, especially from the south, the stadium is surrounded by especially protected territory of a birchwood. The project offers small cutting down of a grove with its subsequent indemnification. The new stadium is calculated on 30 thousand places, with parking place on 1300 cars. The project also planned towers with hotel and offices. J.M.Luzhkov has supported the project of stadium on capacity, but with conditions: a simultaneous conclusion of underground storehouses of fuel and use of the released runway for increase in a parking on which he has suggested to develop the separate decision. He has also rejected an investment component of a complex which «mismatches concepts of a modern sports complex». Mayor has named the architectural decision «silly and primitive», vertical forms has suggested to smooth.

The second project, stadium " Spartak ", is supposed to arrange at the free territory of Tushin air station which can without difficulties provide a complex with necessary number of parking places. The entrance to stadium is now overloaded, but the station of underground " Strogino " will be soon constructed and by 2009 also the station " Mitino ". Two variants of stadium were offered - the project of the same architects designed 2 years ago, as TsSKA with two greater domes, and a new one, "wavy". Both of the project unite two stadiums: the closed arena and the open stadium on 30 thousand spectators. Thus there are two variants of overlapping of stadiums, under a right angle and in parallel, but in both cases there are problems with evacuation and, according to A.Kuzmin, most likely stadiums should be moved apart a little. Present representatives of club Spartak have stated a wish in favour of the first, the old  project. Among performances anxieties on reliability of a construction and its lightness  have sounded. Having listened up all opinions, the town governor made a decision to reconsider conformity to norms once again and called all to leave from the outlined tendency to overload theconstructions. It was suggested to make not less than 10 thousand parking places, plus to revive the project of station of the underground which was developed for this place long time ago.

After sports the theme was replaced on church, and the project of creation of the Cathedral of Christmas of Holy Virgin («Moskomproekt-2» arch. Obolenskij A.N.)  was offered on consideration at the territory of a female Zachatievskiy monastery. The history of this place is those, there were some cathedrals, since wooden and finishing construction of Kazakov which has been taken down in 1917. Now the monastery wants to revive a cathedral, but not to recreate Kazakov’s, executed in a pseudo-Gothic, and to construct new, on similarity of churches of 16-17 centuries, with five bulbous chapters, and a little bit higher, than its Kazakov’s predecessor. Such decision has caused many inconsistent points of view, since that so towering building in general an attribute of arrogance and under the law only regeneration of a monument here is possible , instead of erection of a high-altitude temple with caution for old centuries, up to the thesis that « as soon as all Moscow grows upwards should grow the churches ». There was a question why it is impossible to recreate a former temple? It has appeared, that, in general, it is possible: There are ancient bases which can be closed, and it is possible to leave inside of a cathedral, but how has told the sovereign acting on session more space for acceptance of parishioners is necessary for a monastery. Luzhkov has confirmed the new project of a temple which besides is approved by the Patriarch, but has reduced its altitude.

Following point of issue became the project of reconstruction of quay Luzhnetskoj on which construction of a multipurpose complex with offices is supposed, hotels, apartments and the trading areas of a total area of 450 thousand square meters.
From the public the discontent has caused the construction of offices which for a long time, on expression Alexey Klimenko, « it is time to show red light in the city centre » and system of transport ways which in the project does not develop in any way. But Jury Luzhkov has been most indignant, having told, that « the main architect has admitted impossible volumes of construction on so small site of the ground which besides under the General plan goes as a public zone », and has named these actions « a pursuit of benefit ». The main thing and while the unique decision of this question became restriction of construction something.

The last considered project became the hotel in parkway Nikitskiy, 6/20, architect M.V.Posohina, rejected on the previous discussion because of big amount of floors. Instead of 9 floors, now she presented 7 floor building, leaving by a corner to Arbat, executed in a manner of eclecticism. The public has supported still smaller amount of floors and regeneration once stood here « Solovinogo houses ». Luzhkov's decision was encouraging, - « we already have one disgrace on Arbat - the bank house, it is impossible to admit similar ». Therefore the top mark of the house became 5th  floor. Against the architectural decision the town governor has nothing to object. 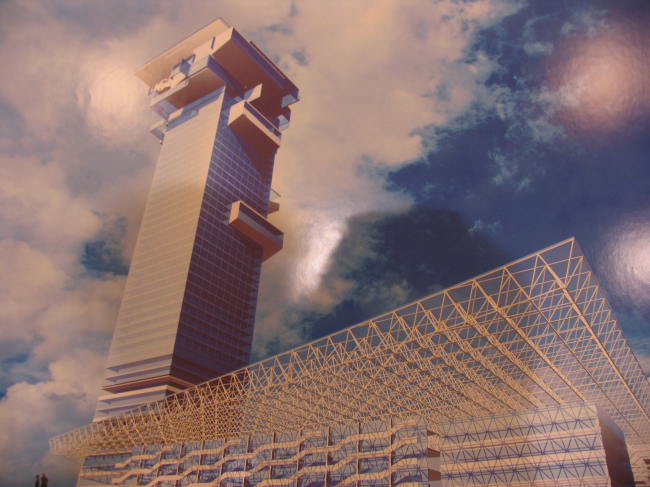 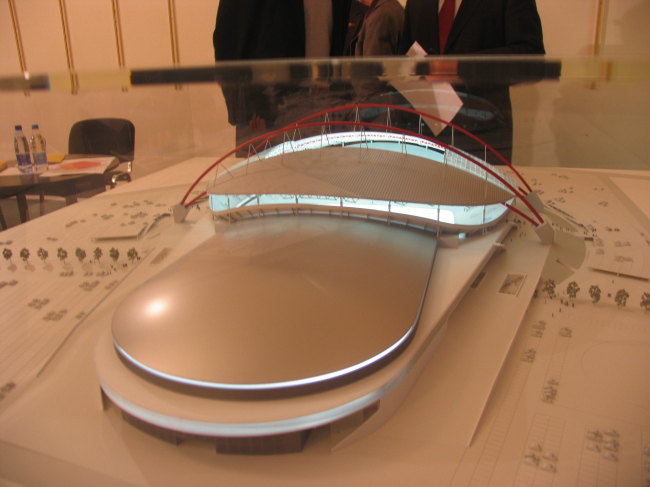 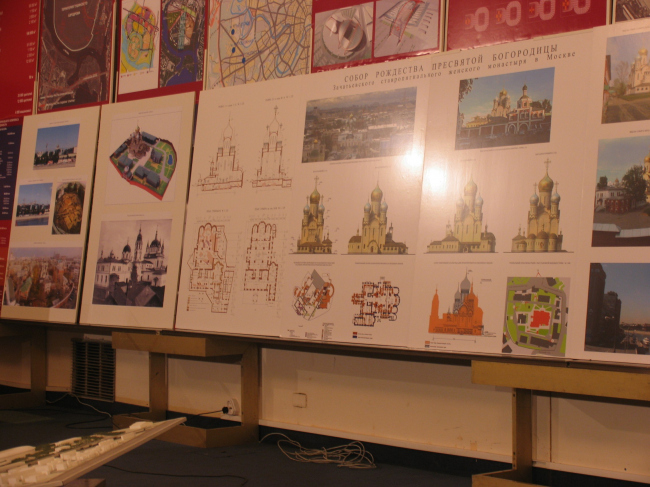