« It is necessary to keep to the Tver type eclecticism ».The session of the town-planning committee at mayor of Moscow

On Wednesday, the 1st of November, the public town-planning committee at mayor of Moscow took place, where the projects of formation of the Kutuzovskij prospectus and construction of ten hotels were discussed, among authors were Zacha Hadid, Alexander Asadov, Paul Andreev, Sergey Kiselyov

The  session has begun with a minute of silence in honour of memory of architect Evgenie Grigorevich Rozanova.

The first question on the agenda became the discussion of projects of a partial reorganization of Kutuzovskij prospectus and following it the Mozhajskogo highway between the Third transport ring and Moscow Circular automobile highway. This town-planning project was already discussed and has been rejected with the decision to lead competition which final result will be defined also by the committee. Today three from five projects presented on this competition were discussed.

As a whole projects are close, but there are also differences. The first (International architectural academy MAAM) connects high-altitude buildings in central compositions around of crossing highways. The second (Moscow research and a project institute of objects of culture, rest, sports and public health services the Mosproject-4, architectural bureau Vorontzova) has much in common with the first. It also keeps opened The Apple garden and Poklonnaja mountain, however the skyscrapers here are scattered separately, «as giants», instead of connected in units. In the third project the more dense building concentrated basicaly in the territory of Poklonnoj mountain has been offered.

In opinion of the majority acted, there are lacks in all three projects. Buildings are strongly pressed to the prospectus, limiting opportunities of its further development, entrance to city is strongly built up which, in opinion of all acted, should be only accented. Also too massive have recognized the prospective building around of Poklonnoj mountain which in the offered kind will reduce visual scale of district, will lower its town-planning and, the main, ideological value.

As a result U.M.Luzhkov has approved the first project as the concept, having suggested to consider some ideas of the second, actually - to make houses "more interesting": « … we have an  unusual competition here, it is not a building or a group of buildings, but the whole prospectus, and one of the most prestigious … », and to keep the entrance to the city open. According to the mayor, « … we do not pursue the square meters, the first place is allocated to the architecture of the city! ».

At the session 10 projects of hotel buildings have been considered.
The scale project presented by a workshop of Alexander Asadova, assumes construction above the railway between Savelovskim and Belarus stations, an office-hotel complex with present mountain-skiing descent above it. On a plan the complex should change considerably a town-planning situation in the area divided by tracks on two parts badly connected among themselves - Tver, is closer to the center, and Butyrskaja, behind the stations.
Besides the project includes expansion of the nearest streets, and the complex is supposed to be put on a new line. After long disputes of necessity of a sport center in the city centre outside of green zones, questions of its aesthetics and advantage, mayor has told, that he liked the study of highways, overlapping of ways and use of space above them, but « mountain-skiing descent, as they say, neither here nor there, this project approaches more for the Sochi anniversary, for example. And if we shall put forward the project only because there is an investor we shall find application of its billion ».

Then the project of a hotel by Zahi Hadid was disscused, which is supposed to put on an axis between Moscow International Center "Moscow-city" and the center, as a prelude of City, not building it in the basic group of skyscrapers. The hotel will be placed in two towers, in horizontal stylobate showrooms are planned. The height of the hotel comes nearer to an average height of the City, 46 and 52 floors. The project has been accepted almost unanimously, with the unique amendment - have offered to create smoother transition from the City, to change places the arrangement of towers from a greater to a smaller one.

The project of a high-altitude buildings (Open Company " Arch ") in area of Three stations, on Kalanchovskaja area, in a gleam between a tower of the Yaroslavl station and a hotel Moscow has been rejected because of the infringement of balance between already available high-altitude towers of station, hotel and Stalin many storied building. And also existence of the house on this place of 1930th which can quite serve as small hotel on 40 numbers.

Also the amendments to the project of hotel already discussed earlier on Paul Andreeva's Pushkin area (Tver, 16/2) on a place of « Houses of the Moscow news » have been made. As the town governor has noted, the facades « are primitive and monotonous, it is necessary to adhere to the Tver type eclecticism ». The project has remained not accepted because of a disagreement in a question of a parity of car places - has been decided to reconsider specifications for hotels.

In area of China-town, in a quarter 5, on a place of " shabby economic constructions not having a historical value » the committee has approved the construction of three hotels (State Unitary Enterprise " Mosproject-2 ") which « on the scale are entered in historical building and offer domestic territories as much as possible accessible to public ».

In area of Tsaritsyn Borisovskih ponds U.M.Luzhkov has approvingly accepted Paul Andreeva's landscape hotel (State Unitary Enterprise " Mosproject-2 ", a workshop 14), having noticed, that « … only without a flat roof, not 5th floor and with a reference point on Tsaritsino's », that means white-red execution.

One more project by Paul Andreev which has recently received the gold diploma of "Architecture", the project of hotel in the beginning of highway of Enthusiasts, on entrance to historical city centre, mayor has approved, but has specially asked not to take a column with an inscription « it is three versts up to Moscow », and it is better to transfer it on more appreciable place that « it was possible to estimate distance ». The project was decided to not accept, and in addition to discuss it with the inhabitants of area.

Concerning the hotel in area Kuskovskii park, on crossing of street Perovskoj and the Svobodnui prospectus, presented by Open Company « Kiselyov and partners », the decision of mayor was following – it should not be above 43 meters, to increase the amount of car places having expanded underground garage.

Near to Vladimir Plotkin's completed "Air bus", also with a view on the park of Timirjazevskoj academy the construction of the multipurpose Greek center «Ellada» is supposed which on its scale does not concede to the neighbour already become famous (about 30 floors). The project presented by a workshop «LVA», has appeared to be shown insufficiently in detail, there were many questions with its site and mayor has transferred more careful discussion on following session. 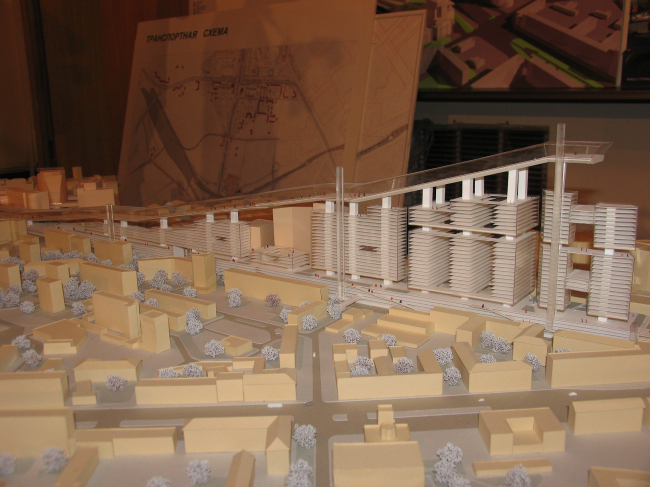 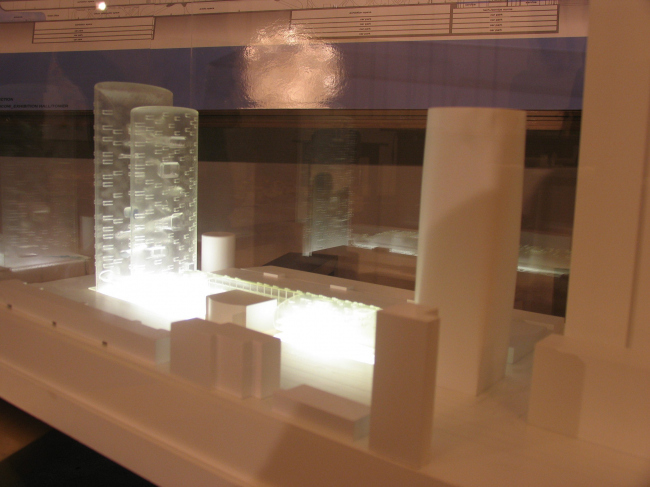 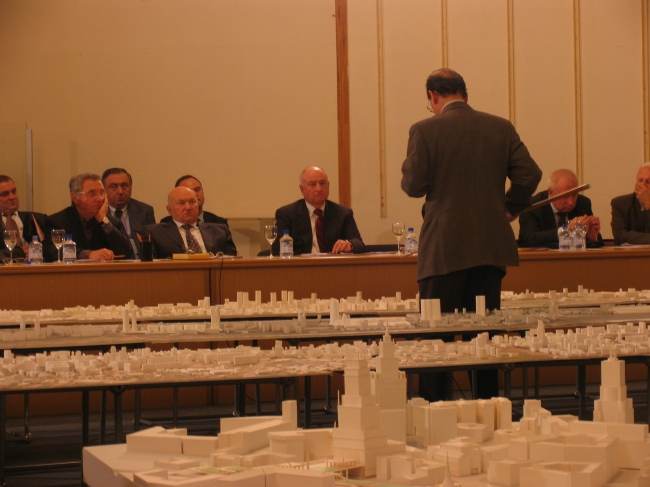