July 2010 there will be started construction of a new railway station in Sochi, one of the main passenger terminals of the forthcoming Olympic Games 2014, which will provide communication between Adler, Krasnaya Polyana, the international airport and Abkhazia. The architectural image of the facility was designed by “Studio 44”, they developed it considering landscape peculiarities and traditions of the seaside architecture.

Nikita Yavein recollects they started work on the project from a thorough study of the future station construction site. It is located past the Olympic Park, which is about a mile far from the sea. Here the landscape flat surface dramatically changes rushing to the mountains: actually the future construction site is a terraced slope, the difference between "stages" is about 6 meters. "We realized location of the station over the Olympic Park is not only advantageous, but is also extremely responsibly, - says the architect. - "Transportation Gate" can be compared to a funnel, during the Olympic Games there will be lots of people streaming there. So we decided to treat our station as a wave, a river ". Coated with grey and blue zinc-titanium finishing train shed really look like streams of water, but the river is turned back. Because wings of sheds spread over the Olympic park touching each other, suddenly turn at 90 degrees (like a knot actually) and rush ahead to the sea forming a canopy, like assembled from multiple strips fluttering in the wind. The theme of the rapid penetration picks up wide white stone staircase leading from the station to the park - it serves as a functional roof for the bus, and aesthetically give the whole construction of the solemnity and helps to write it not only the existing landscape, and in the architectural context of the spa town. "At the stairs there is another important role - adds Nikita Yavein - it is designed to detain arriving passengers at a time - otherwise the peak load will be crucial, and the entrance area of Olympic complex, and for the Olympic Park as a whole. This serves the same purpose and the station square platform with a mark of 6.3 m above sea level. It is intended only for pedestrians and is treated as a meeting place, a vast public space in front of the Olympic Park. Holiday, the solemn nature of this area underscore the elements of improvement: fountains, sculpture, clock tower, etc. ".
Text by: Nikita Yavein, Anna Martovitskaya 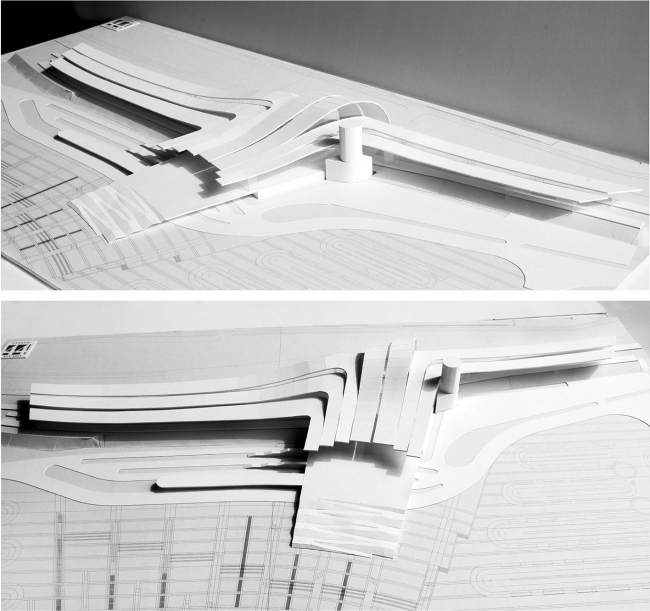 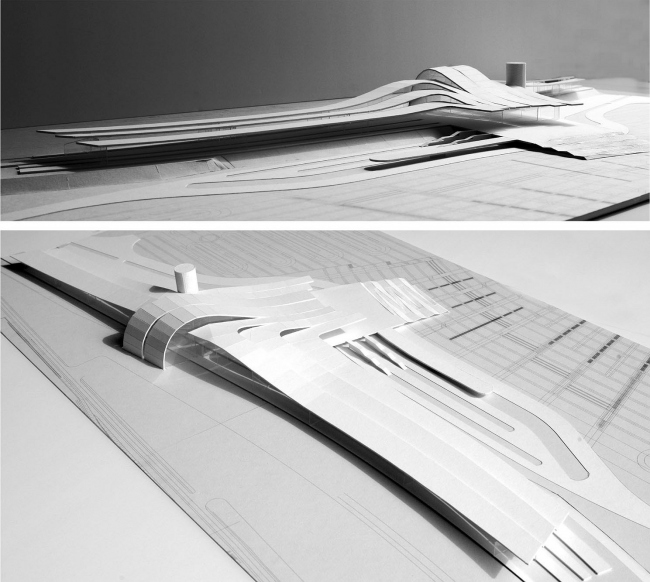 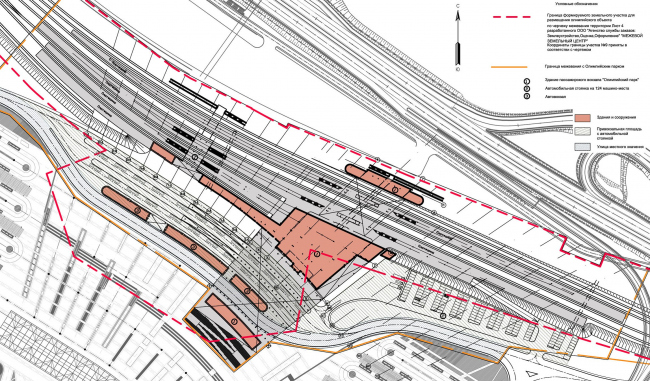 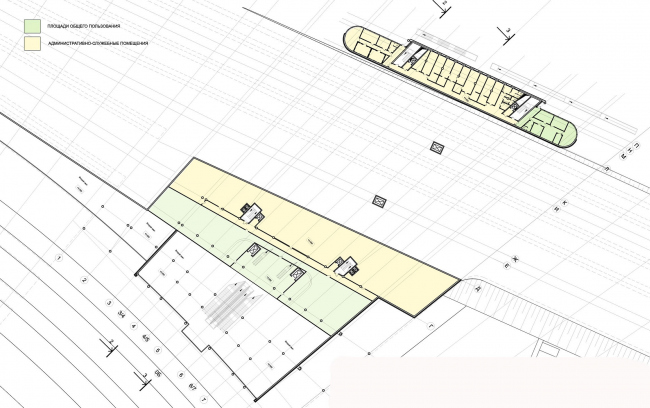 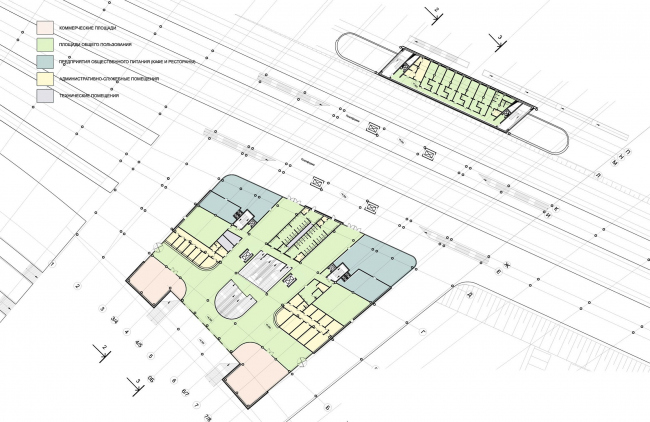 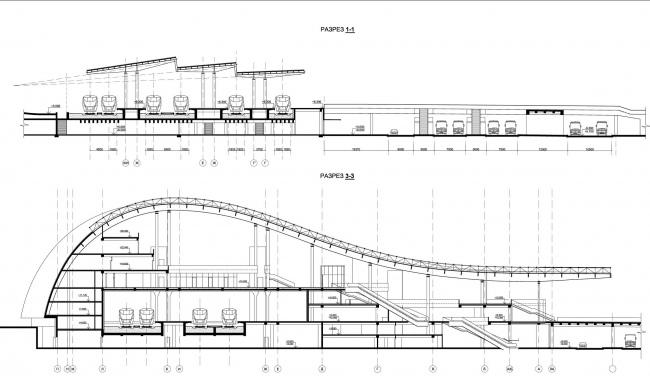