Opposite to the many storied building on quay Kotelnicheskaya, at the place surrounded by spontaneous vegetation around the fast food café in the beginning of Solianka street a new museum will be constructed. A private museum of musical instruments where besides the exhibitions the concerts will take place

In contrast to the European capitals, the construction of a new museum building is a rarity for Moscow. Last examples, such as the Paleontologic museum or new building of the Central House of Artist were built more then twenty years ago. Therefore it is no wonder, that the designing has begun with the studying of the international experience. It has appeared, that the ideal premise of a modern museum is a spacious hall with wide flights which can be altered freely depending on an exposition and where if necessary it is possible to place very large subjects. In this case, for example, the church organ will be exposed.

Alas, in this case the building in the form of the single case has not passed the coordination, and searches have proceeded - being declined, according to Dmitry Aleksandrov, to the figurativeness of an antique forum containing of some structures of the small area. The silhouette of the future construction has become complicated, but then, following reasonable necessity to expand display areas, the building has a little increased and "has merged" in more complete volume with a courtyard.

Remaining within the limits of a small site, Dmitry Aleksandrov increases and complicates internal space, turning it in a snail, according to the architect own expression . The internal court yard became simultaneously the center of exposition and “all around museum life” with its boothes, cafe and the feature of a musical museum - a concert hall. Two "smart" ladders pass by a museum court yard in an angular spiral, rising on which, the visitor observes the game of developed space, considers exhibitions, and sometimes, looking in wide panoramic windows - enjoys the view of Jauzskih gate of a rare beauty and surprisingly safe reserve of old Moscow architecture. Thus, surrounding monuments - magnificent church-belltower of the Trinity in Serebrjanikah, a cosy-efficient merchant small house in parkway, can become at will of curators a part of an exhibition, also as well as kept by the architect green self-garden, separating a museum from noisy automobile vanity of the Ustinskij bridge. Thus, the architect skilfully models our impressions and forms the new point of view on known things - in fact the visitor who has come to a museum which as a rule have been already adjusted on contemplate manner, will see the monuments in a little different way, not as the passer-by running man.

Surrounding beauty is a successful course for a new museum, however designing of the site has been connected with the decision enough specific technical problems as the site is  surrounded by the historical buildings from different directions as Dmitry Aleksandrov tells. The matter is that during the last century this site, once belonged to the Educational house, remained a unique vacant place, and rather new communications were pulled together all to it and it was necessary to keep an easy approach for repairing them. Architects solved this problem, as they have designed the console hanging above the ground which does accessible not only heating mains, but also the channel of small stream Levnivka  very long time ago taken away in a pipe.

Facades of a new museum, in turn, are entered in the line of the surrounding buildings, from Soljanki they pick up a rhythm and proportions of the empire windows, and the rounded corner of a building creates pair to the merchant house across the street, - not using any stylized detail, the architect develops a composition of the area which have historically developed two centuries ago, adding to it a unique missing element. 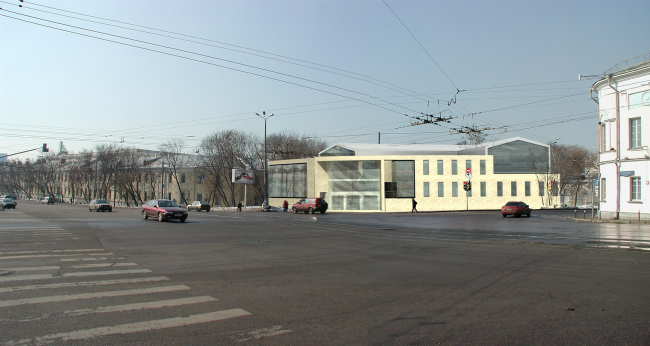 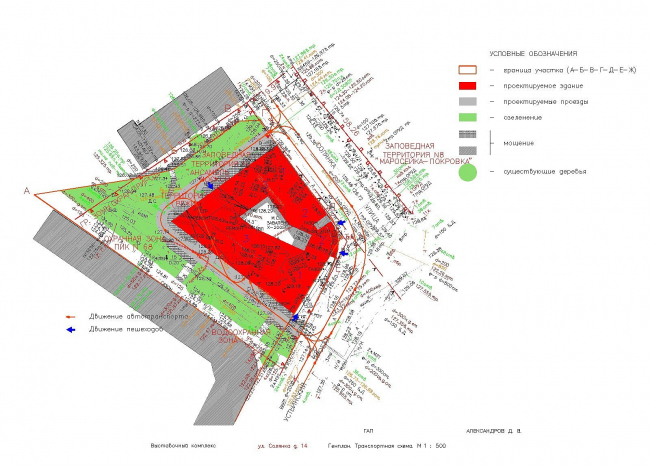 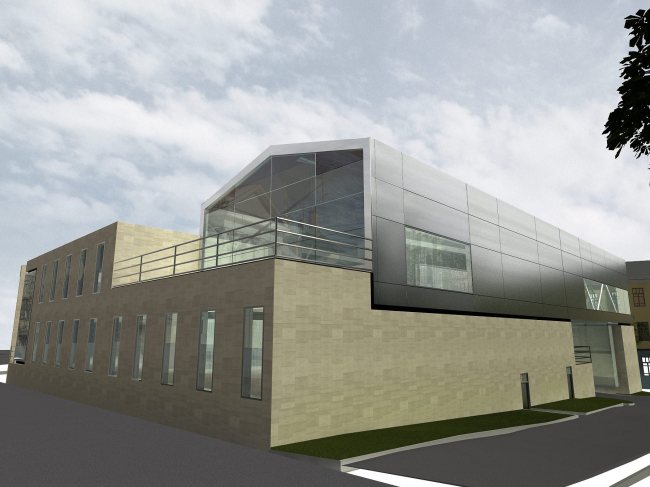 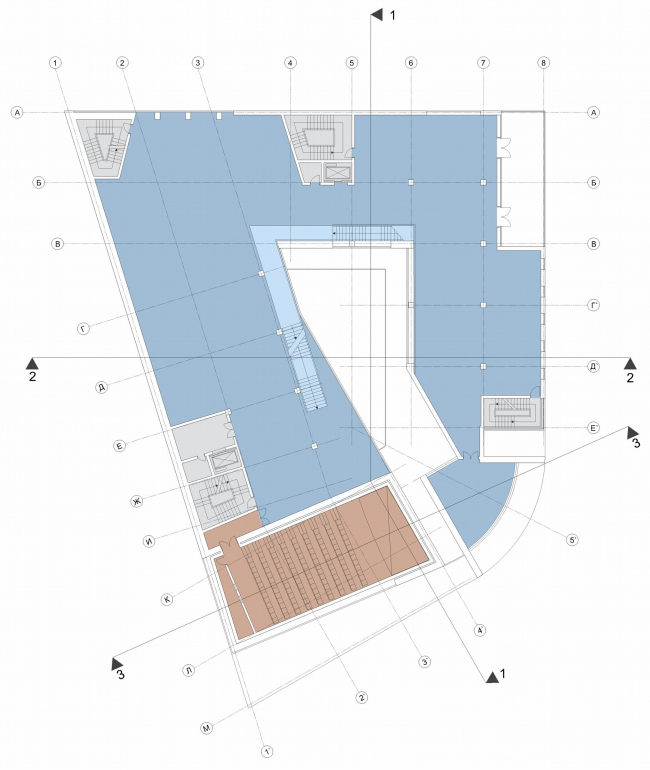