Julia Tarabarina. A new project of the Musical Instruments museum.

The project of the Musical Instruments museums that we had written about has recently been changed: it got one more store and gained in integrity.

The Moscow major suggested that the museum should be given more land to build on so that it would get more exhibition space. The land plot is situated between the district of empire townhouses and the emptiness of the Yausa Gates, the Square and road...   more

The predesign offer of town-planning regeneration of possession 14 on the street Soljanka, Central Administrative District, with accommodation of  «Exposition-concert complex of private musical collections with underground parking place» is developed on the basis of the Order of the government of Moscow №1397-РП from 7/28/2005, and also according to materials of Historical and cultural researches and recommendations of the Visually-landscape analysis, the Project of the object’s territory borders of the cultural heritage, executed by the Workshop №20 of the State Unitary Enterprises " Mosproject-2 ", the report of the Commission of experts on real estates objects of heritage and their territories №194 from 3/29/2006 п.4, the task of the Customer.
The functional purpose of the complex - the exposition center of private musical collections with a concert hall on 162 places for listening exhibits and carrying out of the concert actions, opened for public visiting, restoration shops, cafeteria and administrative premises, two-level parking place on 67 car places. 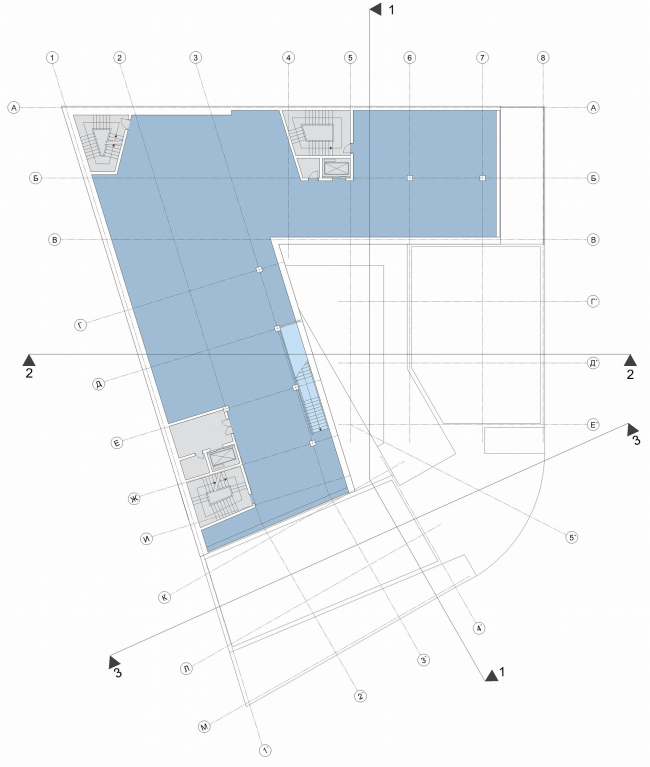