On November, 24th the news agency " Rosbalt " has lead a briefing « Petersburg against Gazprom » in Moscow, the projects of a skyscraper made by the foreign "stars" shown in the beginning of month were discussed. At the conference, among the journalists as it was found out later, "incognito" a representative of the originator of event was in present. Probably Gazprom has started to be interested in public opinion.

The member of Federal committee on preservation of a cultural heritage of St.Petersburg Michael Milchik has told, that at the exhibition of six projects of skyscrapers of the foreign stars presented in the closed competition of "Gazprom", everyone interested got bulletins for voting for the best work in which there were all projects, but there was no column « against all », that has deprived the inhabitants "legally" to state the attitude to the idea of competition. In turn the Petersburg newspaper "Sheets" has organized on a site a similar interrogation to learn the true reaction of the townspeople – the voting in which more than 10 thousand person participated for today has shown, that 90 % are against  the construction.

If at the press conference lead by the Union of architects of Russia in October , the project of skyscrapers existed only in imagination of the public now all acted refer that forecasts are justified - really, surrounding constructions become toys in comparison with any of skyscrapers which under the presented projects reach at all 300, 320 meters. All participants of a briefing, J.Gnedovsky, M.Milchik, D.Sarkisjan, M.Hrustaleva and the representative «Rosbalt» Andrey Fadeev have shown discontent with the competitive projects. Director of a museum of architecture David Sarkisyan has told, that he is personally familiar with four of six nominees, and he is surprised by such bad quality of the presented works and even has suggested to make a greater exhibition-answer in order to show better « the perfect inconsistency » of his familiar stars.

Marina Khrustalyova, the chairman of  the board of the Moscow society of protection of an architectural heritage (MAPS), has named the western stars in a context of Russia guest performers and “gasterbaiter” which search for the development of the new lands and from which we should not wait for revelation. « We see, that they were not so enclosed in this project – possible the time of competition was too short, possible the offered sum seemed to be small, possible they simply did not trust, that it will be constructed, but those projects they have made reminds the competition of 20th years among the students ».

The competition and statement of a problem in the general opinion of all gathered, is aggressively antisocial. Sarkisyan considers the project to be the check on pediculosis, check of a civil society - is it exist or not, whether it can resist to what the authority does. « If we can defend it the cultural heritage of Russia has the future, if we can not - so it is possible to give it up as a bad job and to close a shop. In case the project will be carried out, Petersburg will go on the way of Moscow where almost does not remain the historical center instead of which we have a mix of turkish city, Las Vegas and the Disneyland ».

Marina Khrustalyova in the performance in general has drawn enough far-sighted conclusions - «the construction of so defiant construction in which it is obviously read not timid fallocentrism and the desire to show an existing vertical of authority – it is a cheap architecture in the sense that it is measured only by money. … The matter is that Petersburg is 303 years now and if anything global does not happen it will exist as much again. Gazprom is only 14 and through as much approximately years if there will be no miracle, the company will lose the value by virtue of the clear reasons - the raw economy cannot prosper eternally. And then this building becomes empty and decayed, and will stand the phantom above all the city ».

As the most active oppositionist on today's front naturally acts the Petersburg public the youth has joined also the professionals - the student's organization « the Alive city » has lead some actions, including infront of the building of Academy. As if to nominees, authors of projects they till now officially are not notified on illegality of spent competition and design requirements. But even, if it would be made - it is impossible to tell precisely, will it change the situation or not.

At a briefing we were informed, that the Union of architects of Russia has received the reciprocal letter from the president of V.Putin with the request to enumerate all the norms which have been broken. 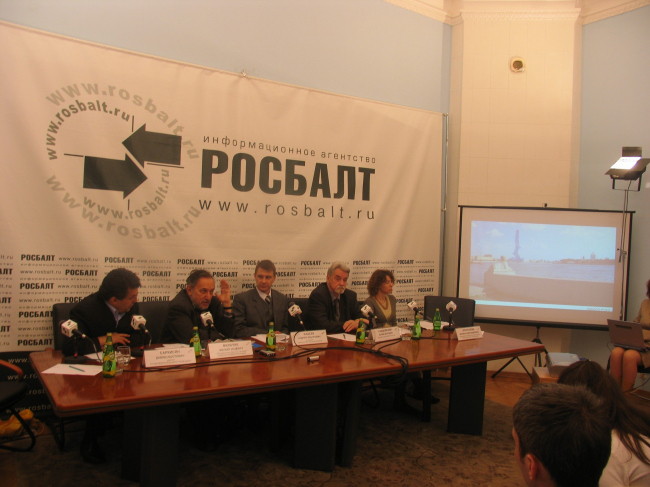 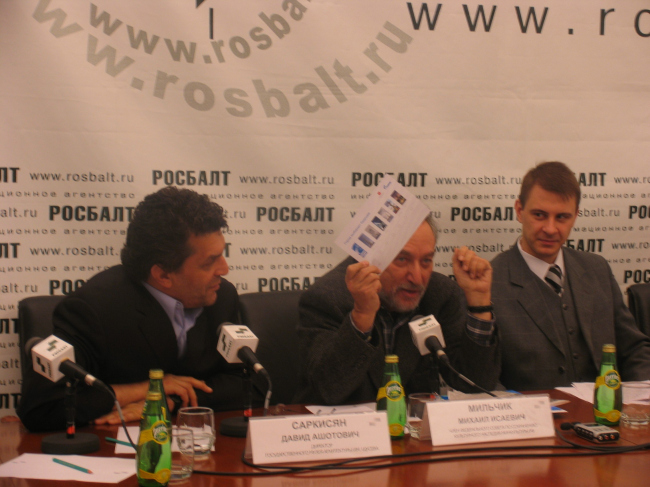 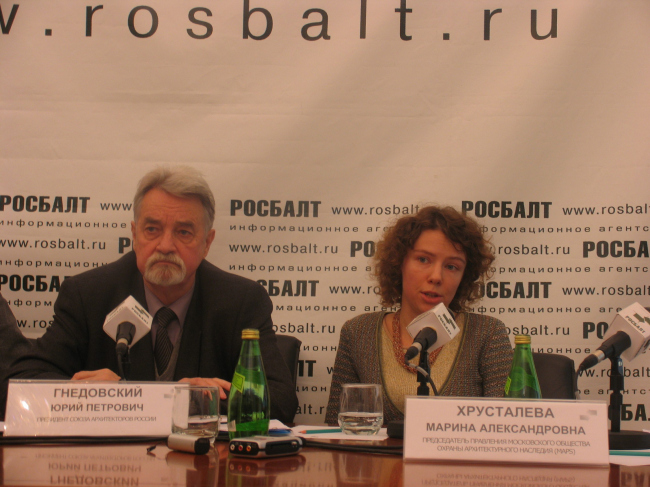