A snow whirl for Sochi

Oxymoron of the situation led the architects to the idea, most of the Winter Olympic Games of 2014 will be host by the city without a winter as such. It is cold and windy there, but in resort town there are no several-day snowfalls, waist-high snow drifts, “frost and sun shining”. A.Asadov’s architects believe it is unfortunate that the guests and participants of the Games will visit Russia in wintertime, but will not see the famous Russian winter (which is one of the stereotypes about our country along with the bears, ear-flapped hats and vodka). So, there came the idea to create metaphorically a winter atmosphere: a snow whirl rushes into the nearly closed circle of the objects and makes a single and dynamic space.
The idea requires minimal decorative means. Spiral patterns of the lawns and paths, design of decorative pools and “themed” façade covering. The last will imitate a frosted surface with randomly scattered snowflakes: their number is growing on the way towards the roof. At night, when white ornaments on the “cover” are unseen, the effect of the snow whirl will be kept by the unified system. The system also is able to immediately turn the frosted facades into a colorful flower field and this will remind the gusts that they are in the warm and fine resort place.
Aside the design concept which stylistically unites the future sports facilities in Imeretinskaya valley, Asadov’s team has made design of one of the main symbols of the Olympic Games – the Olympic Torch. Olympic circles spiral into a five-point star, a snowflake also. The idea is that five sportsmen from different continents all at once will fire the circles symbolizing parts of the world and flame will go up along the five spirals and fire the Torch.
Must say, the architects have not gone far from the general organization line, because the snowflake is one of the official symbols of the Games of 2014. The architects have just multiplied the image and made it a symbol of the Games and Russia with its winter time, snowy and drifty. The project “sNezhnaya Russia” is not aimed to get rid of some facilities are totally change their image during the construction process, the idea is to create style of the second Games in Russia, to add a bright and remarkable character.
For sure, it is too soon to say that the ideas of A. Asadov’s studio will be implemented during the preparation works before the Olympic Games of 2014. But they are seriously determined to struggle for Russian architecture presence in Sochi. They have patented their concept and they have plans to introduce it to the country’s leaders.
Text by: Anna Gerasimenko 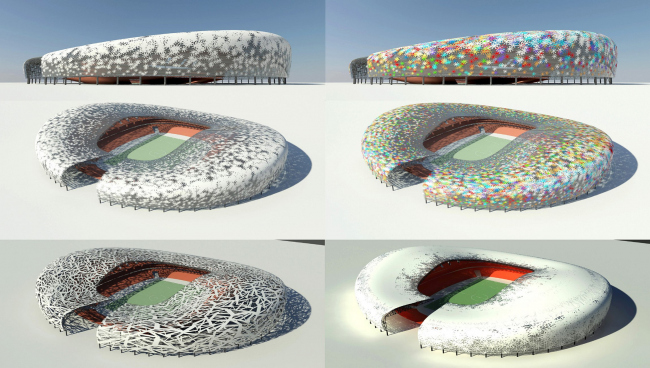 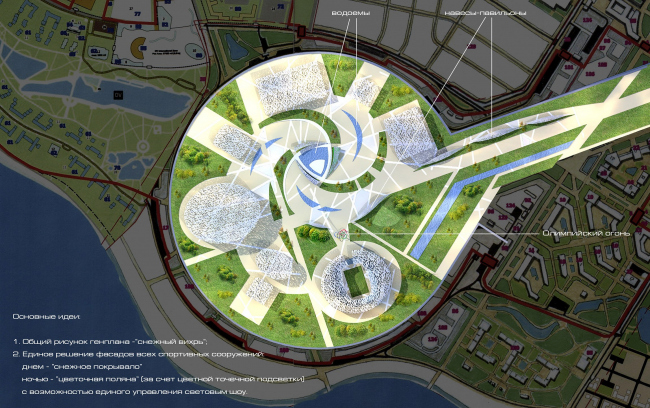 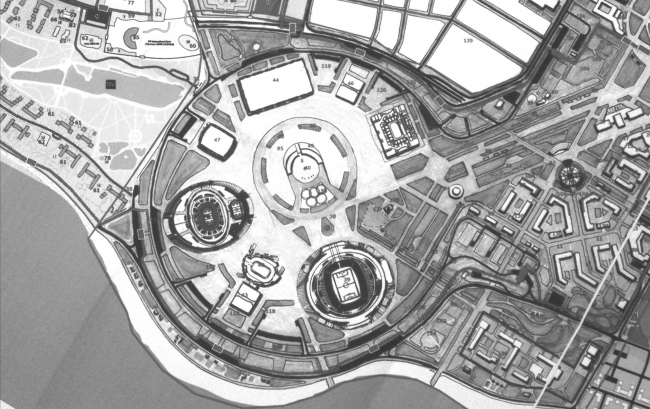