The monument to a poplar

In Brusovskoi lane the apartment house with a unique facade of stone "trees" is under construction.

It is well-known, that a tree is a prototype of any column. Alexey Bavykin uses this theme for creation very entertainment, partly dramatized scenery building the house in Brusovskoi lane. The main facade leading to the lane, is lined by huge stone images of wood trunks, each on the architect’s plan should be topped by the alive green tree placed in a tub, built in the top part of concrete support. It turns out, that conditional stylized "wood" "develops" in alive one, that at once causes a lot of associations from which the elementary is birches, easily getting accustomed on the thrown roofs – exception is that the local garden is located at a level of penthouses. It is necessary to point out that turf on the roof of a country house is a frequent ornament of present country houses, but the idea to lift trees from the pathway and to put them on a level of the sixth floor of the city house is absolutely new

And still the comparison which most precisely reflects a plan of the architect, is a vegetative version of a capital at the top of a stone "trunk" of a column. And there is a clear basic difference from usual columns which by definition should something bear, support an eaves of a building or a statue: branches of alive trees last only to the sky, and cannot serve as a support for real or invented weight, therefore the eaves recedes, rising above, turning to a canopy above the open trailing garden.

One can say, that invented by Bavykin the vegetative facade offers not ordinary decision of a characteristic Moscow problem which is the combination of new constructions with historical building. Usually this question was solved in two ways: the reference to "classical" architectural styles that it is possible to understand as attempt of new buildings to pretend old, or - construction as a rule better, but abstract and polite-indifferent to the surrounding Europeanized volumes. Alexey Bavykina's wood house offers the third way, it is possible to say a subject one: its facade - the architectural picture, representing a small square set by the distressful poplars growing on five from one root, with the branches which have been chopped off on all the length, and still every spring obstinately sprouting new bunches of green.

The result partly reminds the European reception of masking of a monument of architecture during its reconstruction when a temporarily invisible masterpiece is tighten by a film with its schematically image. Here before us is also a scenery-screen, trying on the basic volume of a building with shining glassing curvilinear planes and the next houses and at the same time - playing before us static, but not less interesting performance on a theme of a capital court yard in its edition on second half of past, XX century.

But an amazing facade - only a part of an architectural plan. The house continues to play a theme of a transitive part between two next constructions - in the right part adjoining to the typical profitable house, low and intricate, it shy exchanges bows with an aged ancestor in pair atlantes before a main entrance. A part adjoining to elite pink-brick bregnevskoi high-rise building, it is underlined more modern, geometric and higher, it even will part with, though reluctantly, brick facing, opening a simple white smooth surface of walls. As the good profitable house, it has a courtyard, by rules of the modern elite construction, transformed in atrium. As the product of modern architecture, the house has the plan consisting almost entirely from bends, the "wood" facade is its unique direct line "enclosed" to the basic, glazed and very modern volume as though there was a forward wall of the reconstructed old building. But all this scene - is entirely thought up and played by the architect from the very beginning. 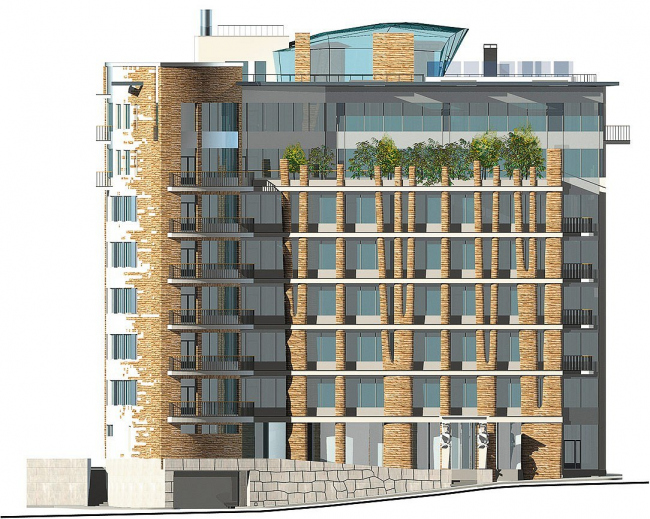 House in the Brusov Lane 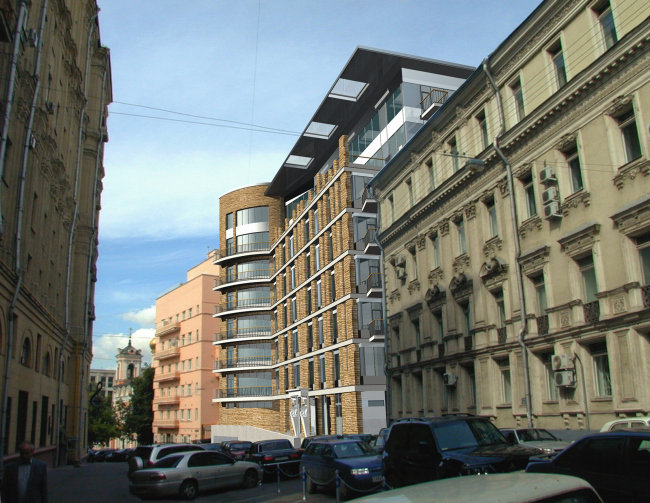 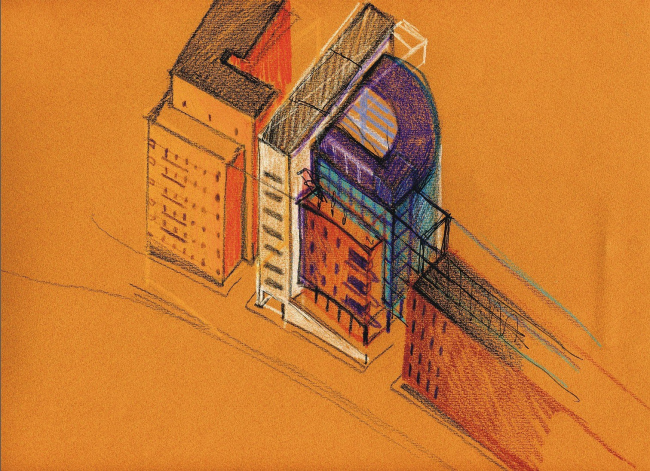 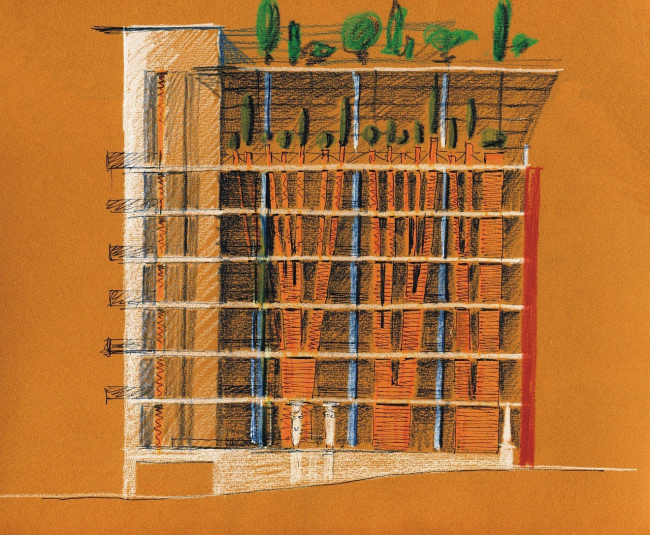 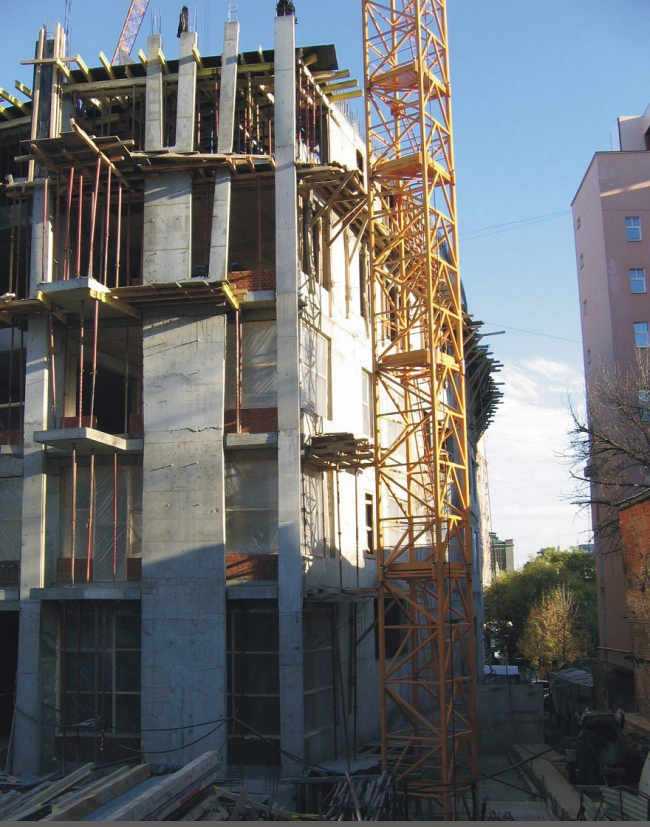