Construction of “Centre of Pediatric Hematology, Oncology and Immunology” was started last year. Since it was approved by the Prime Minister, Putin, it has become quite popular. Must say, architecture of the centre, no doubt, vital from the medicine point, seems special - its colorfulness does not only entertain children but everything is planned so that it gives hope for recovery.

When I was a child, I hated hospitals. White walls and people in white coats were frightening me would run away from them. I was a frail child… Twenty years have passed since that but it takes no less nerves and will power to go there. That is how such places affect people, and children are very sensitive.
Architecture of a child health centre is a different type of architecture. Child psychology must be taken into consideration, children are more emotional than grown-ups. In the Soviet Union hospitals for children were decorated with colorful mosaics and pictures of happy life of Oktobrists and Young Pioneers, surely psychology was considered but in ideological line.
Architectural studio of A.A. Asadov had been searching for solution for a few years. Last year the project was accepted and construction was started. It is a large complex of “Centre of Pediatric Hematology, Oncology and Immunology” on the cross of Leninsky avenue and Mikluho-Maklaya street.
The centre includes a number of medical buildings, a day centre and a hotel block for recovering children. Their composition is based on quite a traditional plan, resembling a stair with two staves. The two long buildings are united by the two short ones, creating a blocked inner area in the middle and two open on the sides. Must add, the plan was created and practiced in 1920 for large residential and public constructions, since that it have become popular, including for school and hospital facilities. Only in the north-west side the plan lacks familiar firmness - buildings unfold, stave is not straight, volumes stick to each other more dynamically, in asymmetric way, and colorfulness reach the apogee and hypertrophied tall “legs” perfects the effect of a fairy tale “small town”. This small town is a hotel for recovering children, the authors named it "Tree of Life".
Colorfulness must be highlighted. It is the main architectural method, it is the spirit of the medical centre, painted colorfully almost like a church of ornamental XVII century. Colorful bow windows of straight-line medical building – possibly each can be distinguished by its color: “green”, “lilac”, “orange”. Interiors are colorful, somewhere - walls, somewhere – columns. All the colors are bright, free, rainbow.
Maybe this is the secret of this architecture, or the idea given by the authors. Rainbow colors, being parted, gather in one spot and become a kind of bouquet and give back the entirety to the rainbow. The color is followed by the shape - it also gathers into a bunch, loses severity – like the rainbow focusing in one spot it is transforming the construction.
Rainbow is a symbol of hope. It is not only a color piercing the construction, but the hope for health is in the Tree of Life and is throwing its reflections onto the other buildings, giving hope to the children and their families, supporting them. More than intelligent architectural solution, in fact, the authors only in terms of art tried to bring hope. Or initiate the process of recovery and movement of children from the medical blocks to the “small town of life”.
This is not the very first building for children based on colorfulness. ”Colorful” idea is popular in foreign architecture for children - remember Japanese gardens for children of plastic containers and so on. Grown ups and children like joyful colors – they can create friendly atmosphere and make life brighter. There also have been such practices in our country - It’s been a classic already the residential school for autistic children by Andrey Chernihov. Not so long ago the residential school in Kozhuhovo, designed by the “Atrium” bureau got all the possible awards. Asadov’s studio refers to colors not for the first time, it is logical theme for children. We have already written about a project in Mytischy. But the “Centre of Pediatric Hematology, Oncology and Immunology” takes a special place from the architectural point. Colorfulness have an idea here, it is more than a friendly atmosphere. Seemingly, here the architects prayed for children, in their own way.
Text by: Alexander Asadov, Anna Gerasimenko 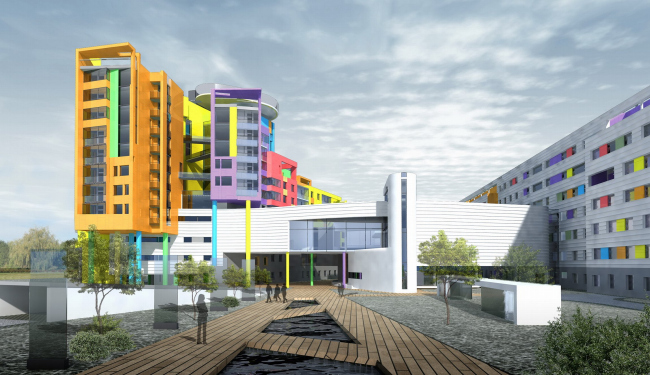 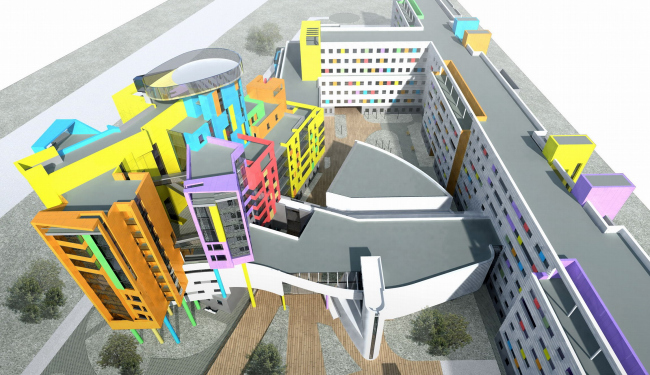 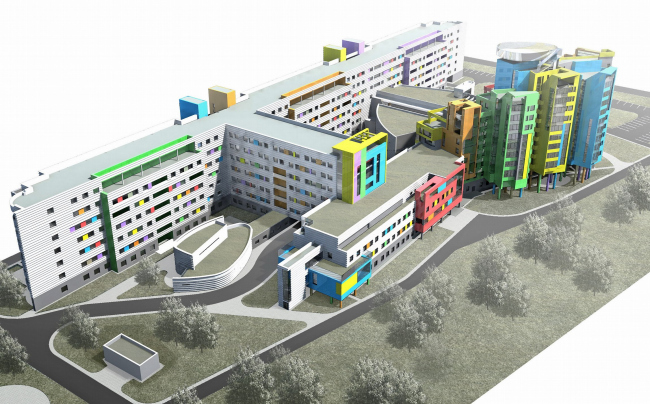 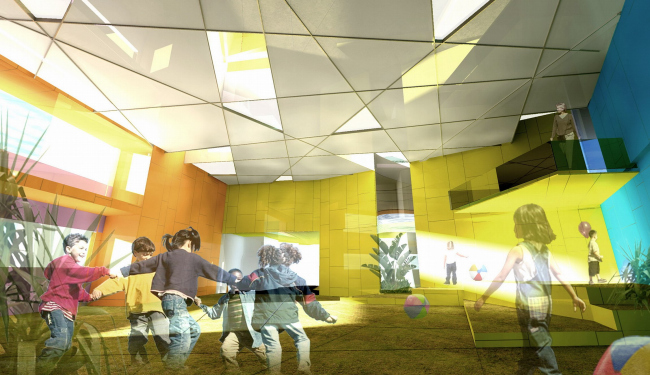 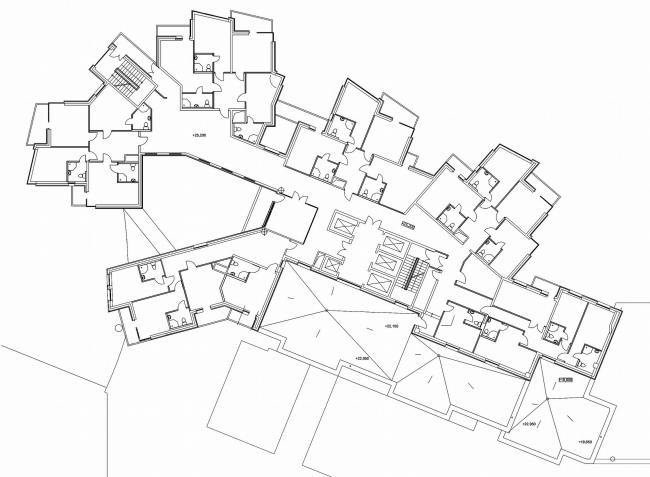