On “Arabia-Expo” exhibition organized in Moscow in autumn, architects from A.Asadov’s studio showcased their most fantastic projects, including those designed for the Middle East. One of them is the conceptual project “Aerohotel”, a parking station for flying hotel-dirigible. It will be placed in the height of a 14-story building over the Persian Gulf.

Among the initiatives there was the entrainment centre “Ibiza”, well known in Moscow, “Barviha-Club”, cottage settlement and a residential bridge “MiraxSad”. Surely, there were new futuristic projects, such as the project of a hotel in the Persian Gulf named “Aerohotel” fling over water.

History of “Aerohotel” comes from the other project by A.Asadov’s studio – Russian pavilion in the international exhibition in Shanghai which was the most avant-garde project. Following all the requirements to design of a pavilion – fast in erecting, light and good for recycling - for Russian delegation architects suggested the idea of a flying dirigible-hotel which is fixed in Russia and after flies from Moscow through the country to Shanghai. It is landing there onto already made pavilion’s carcass – this is the opening ceremony. After the exhibition is closed the dirigible flies away and becomes the first prototype in the series of hotel-travellers.

“Aerohotel” is further development of the idea found by the architects of A.A. Asadov’s studio in the contest on Shanghai pavilion. There will be a station for flying hotels, over ocean surface not far from the shore. Shape of the “Aerohotel” resembles a flying saucer hanging over. Along its edge there are landing stripes for dirigibles and hotel rooms. Special passages lead to the centre of the flying source with green oasis covered with a net of pedestrian paths, a kind of public transport. Hanging gardens fill almost the entire space within a ring of hotel rooms. The construction is on the height of a 14story building and is sited on a metal carcass of the three massive and twenty two thin supports. By the supports there are docks for yachts and over them, on the second level there are terrace-cafes.

Idea of a building on supports is not new. Remember horizontal skyscrapers by Ell Lisickiy, conquering from the city the space of the second level. “Aerohotel” takes space from the sea but not unlike Hollanders, who dry shores or Japanese raise islands, it is creating a kind of small town in the air. It may become an alternative to raising islands, amount of which is growing in the Persian Gulf. Islands are costly, but construction of a hotel over water can be easily fixed and is made of light processable materials, it is incomparable to a cost spent on rising an artificial island.

Well, artificial islands create not only a land, but beaches – and it is problematical to dive from a hanging construction (despite the system of swimming-pools on the water level). It doesn’t have such purpose. This is a fantastic and utopian project, which can be realized in our times. Somewhere in Dubai or another large resort place it would look fine, probably, it could become one of the attractions for tourists. At the same time remaining the development of one of the most important ideas of the XXth century - architecture's attempt to go beyond its own boarders, soaring to the sky. 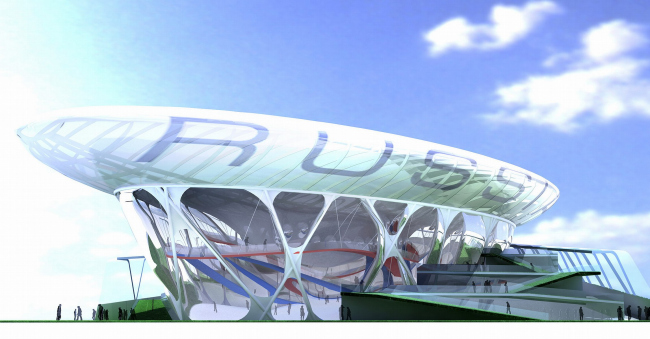 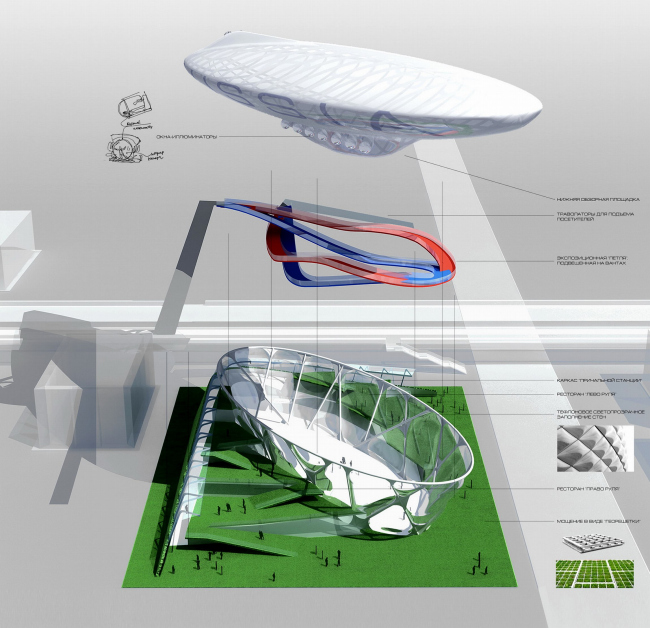