Evgeny Gerasimov: “On the Vatny Island, the Judicial Quarter and a park can peacefully coexist”

In April of this year, the governor of Saint Petersburg, Alexander Beglov, proposed to cancel the construction of the Judicial Quarter on the Vatny Island before the Birzhevoy Bridge across Malaya Neva River, and substitute it with an art park, his initiative being supported by the president of the Russian Federation. Since then, Saint Petersburg has been witnessing active preparations for the architectural competition for the best park proposal, which, according to the opinion polls, is quite controversial. As for the place for the construction of the Judicial Quarter, which was designed by the company of Evgeny Gerasimov’s, its function was to be performed by the “Neva Garden”, a park on the Smolnaya Waterfront not far away from the Smolny Cathedral designed by Rastrelli, a place that was earlier to become the venue for the construction of the Museum of the Defense and Siege of Leningrad. In the end of October, the territory was officially excluded from the list of the city green areas. However, the author of the Judicial Quarter, architect Evgeny Gerasimov, considers the decision about transferring the project to be the wrong one, and announces his proposal to keep the construction project on the Vatny Island, where, still before the idea of an art park came about, the underground part of the project had already been completed. The architect is making a concession for building a curtailed version of his project, only keeping the buildings of the courts of law and deleting the residences in order to make enough room for the park. Below, we are speaking to the architect about his proposal. 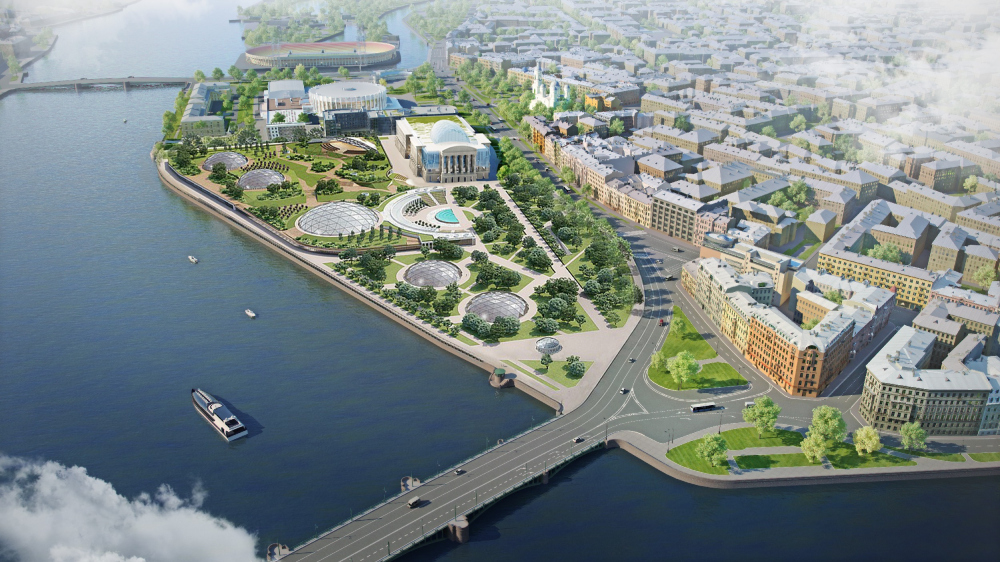 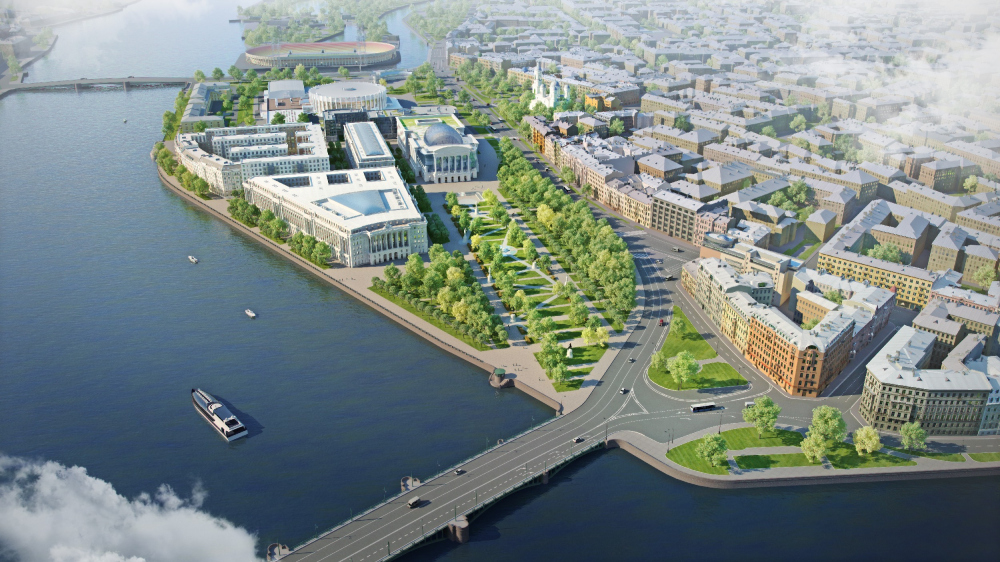 Evgeny Gerasimov:
The mere fact that the Neva Garden has been excluded from the green area list is not an excuse to put an end to the discussion – it’s never too late for a good thing. All the more so, because the land site has not yet been properly documented – there is no land plan yet, and the design process has not yet begun.

Calling to common sense, we are proposing the following: to keep on building the judicial department building, refrain from building the housing project, building the Supreme Judicial Court building in its stead – for this, all we will have to do is redesign the foundations because the blueprints of the buildings virtually coincide. If our proposal is accepted, the Speranskogo Street will get a front of three buildings: the Supreme Court, the Judicial Department, and Boris Eifman Dance Academy, which still leaves 5.5 hectares for the park. The apartments for the judges and their families can be bought out from the developers on the nearby Petrovsky Island, which is a three minutes’ drive away.

As a result, the city will not need a new construction site, and it will save years of work and billions of rubles of federal money. 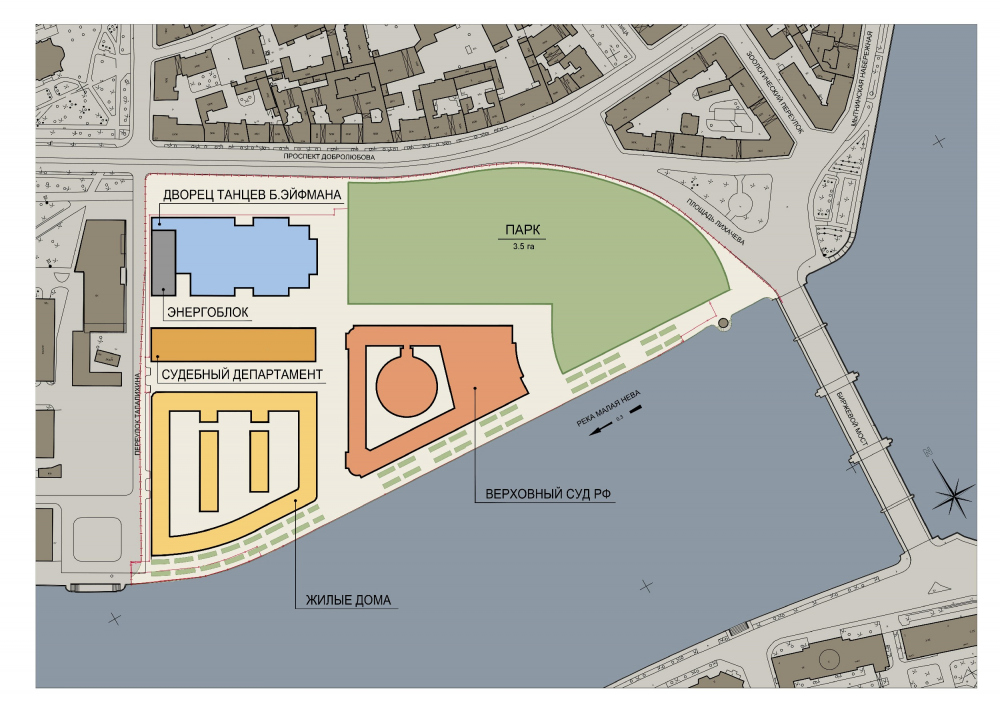 Our proposal makes more sense for the park as well: now it is made around the Dance Palace without any readable axis, which is there, for example, in the park around the Youth Theater or next to the Admiralty. In our project, the buildings cover up the Dance Palace, forming the Speransky Street with their rear facades, overlooking the park with their grand facades.

Nobody told us, by the way, what exactly “art park” is. The way we see it, we don’t need here a tourist attraction in the vein of Moscow’s Zaryadye Park, at least because of the fact that there are housing projects all over the place. We need a park that is something like the Tavricheskiy Garden – a landscaped one that features sculptures, ponds, and small architectural forms. Who will say this is NOT an art park then? The Taurida Palace, but the way, which currently hosts the Inter-parliamentary Assembly of the CIS Members, does not cause any problems to the Tavrichesky Garden.