​Andrei and Nikita Asadov: “We wanted to be as objective as possible”

An interview with the initiators and ideologists of the project “Russian Architecture. The Modern Era” about the principles of shortlisting, architecture as an art object, and plans for the future. The exhibition “Russian Architecture. The Modern Era” in the Schusev State Museum of Architecture

The ideologists of the project “Russian Architecture. The Modern Era”, Andrey and Nikita Asadov believe that modern Russian architecture has passed yet another historical milestone and deserves not only to sum up the results but also to discuss plans for the future. We spoke to the two architects about the topic of the exhibition, about its three formats, and about the significance of this project both for the professional community and for anyone else who might be interested.

Archi.ru:
30 years is a serious figure for the modern history. How did you come round to the idea of organizing this exhibition?

Andrey Asadov: In the spring of 1989, there were four architectural offices organized under the aegis of the Union of Architects of Russia, including the one that was headed by Alexander Rafailovich Asadov, our father. We realized that this was a whole layer of history, which is 30 years old this year, and we decided to sum up some of the achievements and trace back the chronology of the modern history of Russian architecture in general.

Nikita Asadov: It was important for us to study this piece of history and understand what happened at which moment in time, and what was valuable about it, in order to make sure we don’t miss anything out, to keep it up, and pass it on to our successors. Also, the biggest question: what is the place of architecture in the general historical context? How can we use the accumulated potential, multiply, and independently formulate the vector that it would be interesting to develop in the future?

Andrey Asadov: Over the last 30 years, Russian architecture has been through a whole evolutionary process that has to do directly with the development of this country. Our team, which also includes Elena Petukhova and Julia Shishalova, singled out the main stages of this evolution and studied this interaction. The exhibition is based on a grand-scale research thanks to which we were able to put together quite an objective picture. 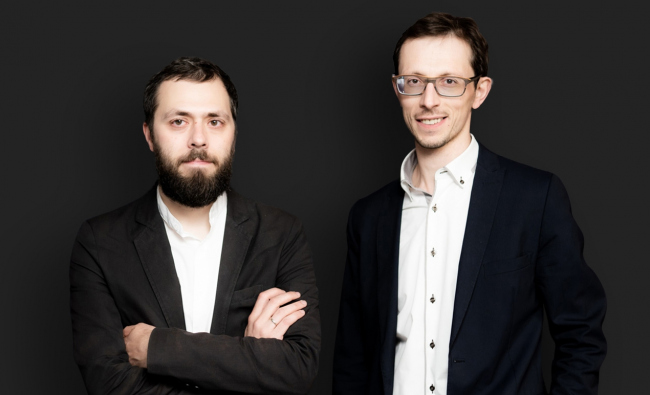 How was this research organized technically?

Andrey Asadov: We prepared and sent out feedback forms to almost 300 experts: architects, literary critics, journalists – everybody who might be linked to our profession in one way or another. We asked them to name the brightest architectural highlights, personalities, and the most interesting projects. The respondents could either tick the boxes from the list that we offered or suggest their own events and/or projects, and most of our respondents made a use of this opportunity. Thanks to this option, many important events got into the focus of our research, including regional ones. Then we counted the number of votes for these or those milestones of out architectural chronicle and formed the final list of events and projects. The collection of designer art objects. The exhibition “Russian Architecture. The Modern Era” in the Schusev State Museum of Architecture

Did you make any personal preferences in shortlisting the projects for this exhibition? Or what we see at the exhibition was solely defined by this final ranking?

Andrey Asadov: What is exhibited is the pool of projects that scored the greatest number points out of all the projects mentioned in the research.

Nikita Asadov: The only freedom that we left for the architects was freedom to propose this or that project for the exhibition out of the number of the buildings that did not become the leaders of the poll. This way, the exhibition features the results of a, let's say, double ranking – based on the number of votes in the research and based on how important they were for their authors.

OK, you did not make any personal preferences in shortlisting the participants of the exhibition in order to get as objective a picture as possible. Are there any events or projects that you would like to mention now, subjectively?

Andrey Asadov: Of course, a greater impression is made by fresh projects, while the earlier ones are perceived not as acutely – but they all are milestones in our architectural history. For example, some of the shortlisted exhibitors are represented by their earlier projects. However, this does not mean that those projects were the best ones they ever did – it’s just that for this specific exhibition a project was chosen that influenced the development of architecture in that specific moment in time, and is particularly important for its author.

We tried to make this cross section as objective as possible, it was interesting to see how the architects themselves evaluate the achievements of their fellow colleagues. At the same time, we are genuinely happy that one of our projects also got shortlisted for the top-30.

Nikita Asadov: In terms of personalities, we did not limit ourselves with Moscow and Saint Petersburg – we gave the experts an opportunity to cover the entire country. Based in that, the big picture was formed.

Andrey Asadov: And our team decided to show the results of this research in three formats at once.

Andrey Asadov: The first format is an exhibition that will be open until the 16th of June in the Schusev State Museum of Architecture

Nikita Asadov: This exhibition will popularize as much as possible the very research project; this is why the choice of venue was so important for us. The architecture museum was the perfect place because it was designed not only for the professional community alone but for the general public as well. 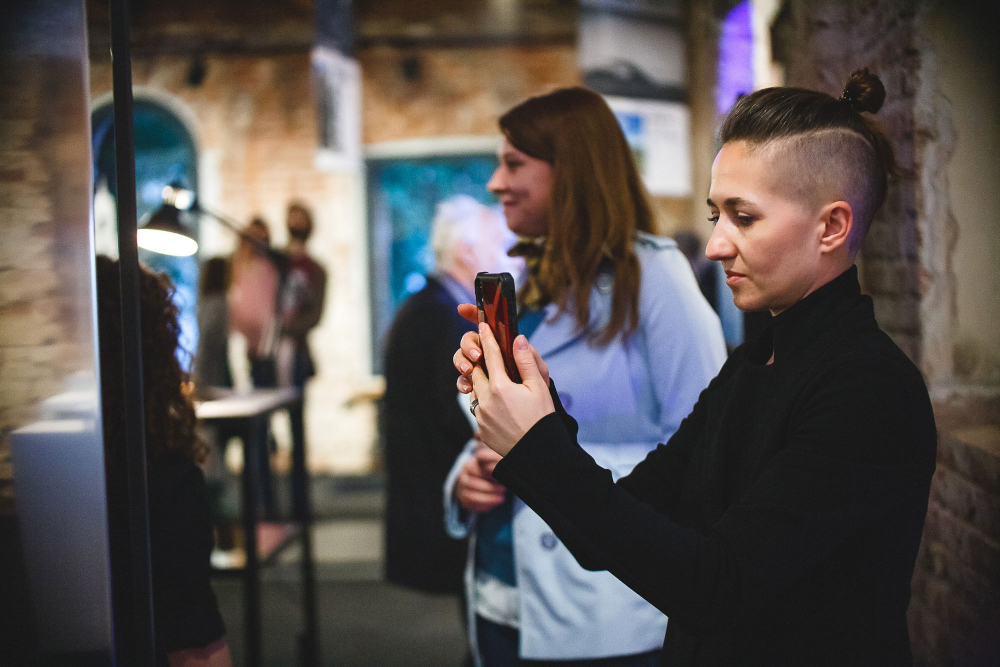 Andrey Asadov: Toward the end of the exhibition, we will present a book that was created by a separate team headed by Julia Shishalova with the support of Moscow City Architecture Committee and the website of Archcouncil of Moscow. Fragments of this book will be presented in the format of a timeline showing general historical events and architectural events. Yet another format is the website that was developed by the great team called Likesisters. In addition to the timeline, it shows a unique collection of video interviews with the participants of the project.

Nikita Asadov: And still another important part of the exhibition is the discussion program. This is a more “alive” interactive format, where you can talk to the authors of the research, as well as with the authors of the works showcased at the exhibition. You can listen, think, and ask questions. And this is the most comprehensive and vivid representation of the exhibition as an event, within the framework of which will be lived this historical fragment, and the attitude will be formed as to where we are headed next. What do you think is the meaning and the usefulness of such projects for the architectural community? How can the professionals benefit from your research work?

Andrey Asadov: The way I see it, it is always worthwhile analyzing your past in order to have a better understanding of what you have achieved and where exactly you are going.

Nikita Asadov: To me, it was interesting to see this rather compressed selection. While, speaking until 1990, there is a whole number of selections from different periods, from avant-garde to paper architecture, trying to make a similar selection from this new era fragment from the history of Russian architecture was a pretty exciting thing to do. Trying to figure out, among other things, how you go about forming such selections making sure that they are as objective as possible. I think that this material will be in demand in the future because we have been able to keep up its objectivity, and this is why I think it was particularly valuable. The collection of designer art objects. The exhibition “Russian Architecture. The Modern Era” in the Schusev State Museum of Architecture

The Museum of Architecture, which is hosting your exhibition, has a rather large traffic of tourists and people who only recently became interested in architecture. Does your exhibition address this type of visitor in any way?

Nikita Asadov: This is a great opportunity to make out, within one place and within a rather short space of time, just what modern architecture is all about, what new things appeared over the last three decades, and what achievements are the most attention-worthy and valuable from the professionals' point of view.

Andrey Asadov: Architecture is considered to be the mother of all arts, but over the last few decades the very perception of architecture has been grossly devaluated – it turned into some unwelcome addition to the construction industry. To us, it is very important to make sure that modern architecture is perceived not only as part of the history of this country, but also as an independent art in its own right.

This is why, all the professional rankings aside, we tried to make our exhibition as vivid and as popular possible. And this is why we asked the authors of the shortlisted projects to present their buildings as art objects that illustrate the main idea of the building. I think that this is the most attractive part of the exposition – something mysterious, volumetric, and sometimes even with audio and video effects. I hope that such a format will be interesting to a large circle of public. The inauguration of the exhibition “Russian Architecture. The Modern Era” in the Schusev State Museum of Architecture. The architects Mikhail Filippov, Andrey Bokov, and Tatiana Shavina, the reviewer of “Construction Business” news agency

The exhibition will be open for a month. Will there be any continuation of this project after the exhibition?

Andrey Asadov: We hope that after the exhibition is over, the project will live on to set the basis for the future analysis to be done in the course of the next decade. Due to the fact that the preparation time for our project was limited, our team did not ask all of the expert it could have, but this project is modular, particularly its online version. It can be easily augmented with stories from the past and the future.

Also, we want to organize an exhibition tour of the project in the regions, in each of which it could be augmented by the regional collection of the best local buildings and their history. It is very important to attach the entire country and not limit ourselves with just Moscow. Time will show how well we will be able to implement that idea but there is already some interest from the Ministry of Culture and the Museum of Architecture!
Text by: Andrey Asadov, Nikita Asadov, Elena Petukhova
Translated by Anton Mizonov The collection of designer art objects. Installation inspired by the "Wings/Ruins" Narine Tyutcheva, Rozhdestvekka Architects. The exhibition “Russian Architecture. The Modern Era” in the Schusev State Museum of Architecture The exhibition “Russian Architecture. The Modern Era” in the Schusev State Museum of Architecture