Star of the Sea

Erick van Egeraat tried his hand at designing the interior of a luxury boat - and won a prestigious prize for it. 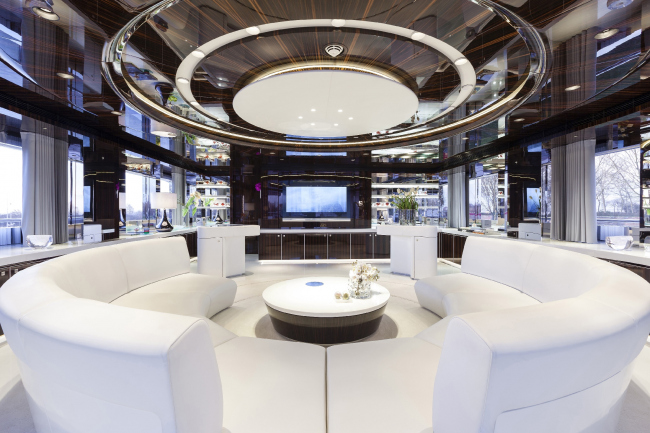 The motor yacht MySky has a length of 51 meters, a displacement of about 600GT, and a large cruising range of 5400 nautical miles in the autonomous mode at a speed of 10 knots. It was built at the famous Dutch shipyard of Heesen Yachts still in 2014; in 2015, the run testing was completed, and the yacht was handed over to its owner.

Egeraat's powerful individual style, his love of flashy effects, and his ability to make a powerful and "right" impression with his architecture excellently fit the traditions of the such specific and conservative genre as the yacht design. So, the "newcomer" had quite a lot to offer his customer. Continuing the outer solutions of the vessel's bulk, Erick van Egeraat designed the interior based on the combination of almost black and snow-white surfaces. 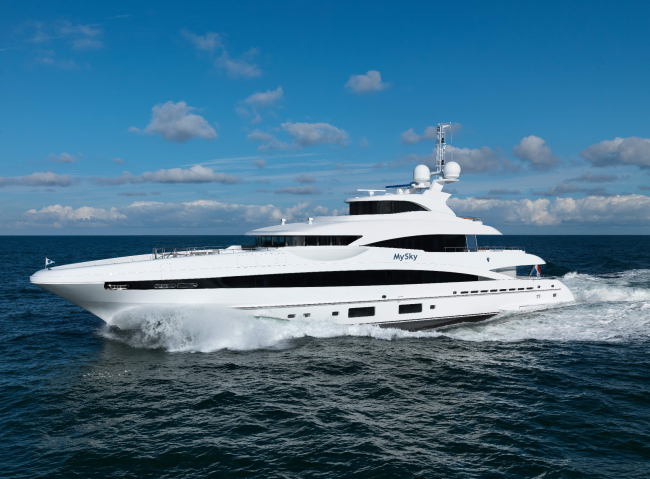 Overview of the yacht © Dick Holthuis 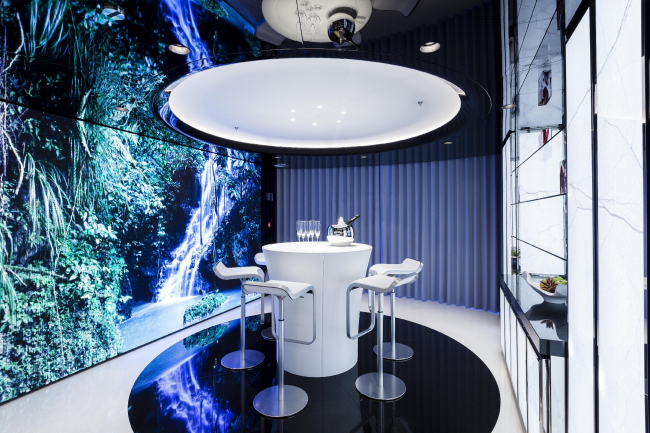 The four-deck yacht is capable of hosting up to twelve people simultaneously. Its overall useful area is about 650 sqm. The yacht's composition is rather traditional: the whole width of the bow is taken up by the master's capacious cabin with its own closet, bathroom, and a shower. As for the stern, it contains the main salon, the dining hall, and a bar with a huge floor-to-ceiling multimedia screen (about 6 sqm). At the bottom deck, there are four guest double cabins. The top deck is occupied by the spacious recreation zone equipped with a pivoted platform. The platform commands a great 270-degree panorama view. The architect was also able to find the place for a few open-air recreation zones, a marble-finished bath, a well-equipped gym (the was the customer's special requirement), and a helicopter landing that can also be transformed into yet another recreation zone. Plan of the bottom deck © Designed by Erick van Egeraat 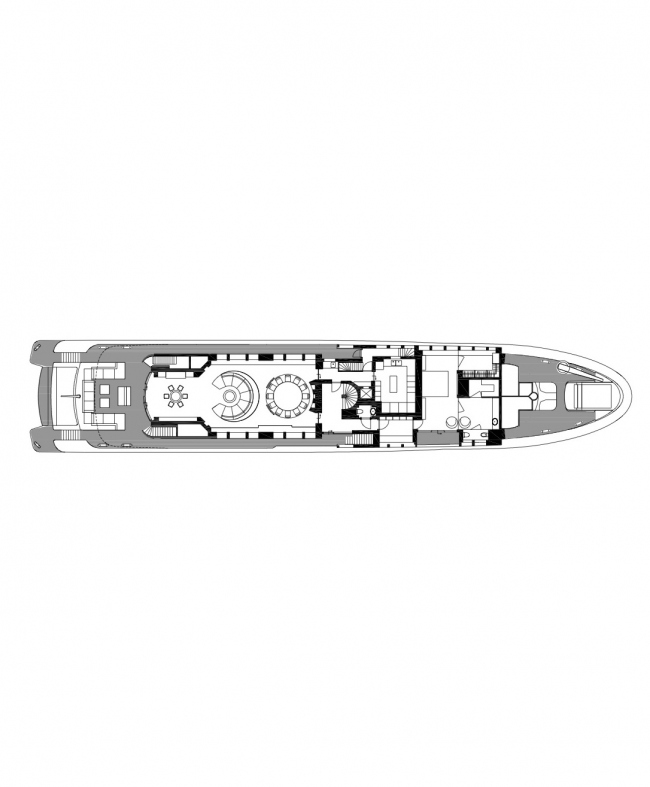 Plan of the main deck © Designed by Erick van Egeraat 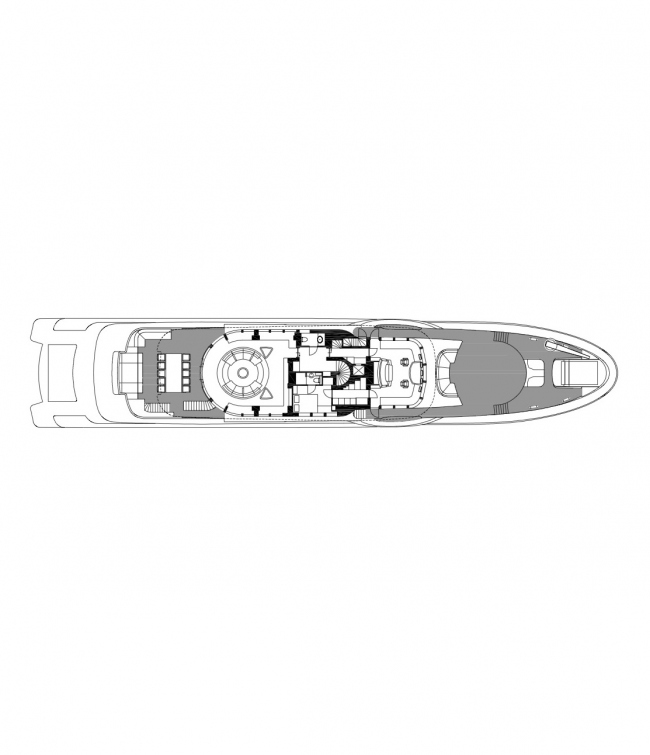 Plan of the pilot house © Designed by Erick van Egeraat Plan of the top deck © Designed by Erick van Egeraat

The selection of the materials is meant to enhance how refined this interior is. The exquisite grain of the so-called Macassar ebony - this expensive wood is commonly used in decorating the top-class luxury yachts - creates the perfect dark background. The furniture, by contrast, will be the snow-white leather. The exceptional abundance of glittering and glistening surfaces - both black and white - adds a playful twist to the design and allows for visually concealing the true size of the premises. The architect paid special attention to the entrance zone, using in it his trademark technique. The slender "frame" from natural black wood tenderly wraps itself around the light onyx inserts forming a contrast and dynamic ornament. The inside backlighting system allows for highlighting the texture of the material and enhance this giant "cobweb" stained-glass pattern. The interiors of luxury boats, as a rule, are very conservative and they do not leave the architect too many opportunities for going wild with his creative energy. Nevertheless, Erick van Egeraat was able to create a quite recognizable "custom-designed" interior. The inevitable exclusive materials and the rich textures in conjunction with the bold streamlined shapes and the contrast-based color solution create a new version of the style that can be tentatively described as "luxury futurism".

Erick van Egeraat states about his design:
“We are very proud of this result. Specifically because this award underlines the fact that we continue to explore new territory and that we lead the way in terms of innovation, craftsmanship and creating quality and value. Each of my projects displays my personal vision, and especially the design of MySky took this to a whole new level. The more someone is aiming for a result which is not particularly standard, the more I get excited. This ship’s design is not an ultra-avant-garde design, but it is definitely not conventional. It has been a clear case of how distinct you can be without being, let’s say, in your face, or obnoxious and at all times remaining fully focused on creating maximum satisfaction for our clients.”
Text by: Erick van Egeraat, Anna Starostina
Translated by Anton Mizonov