Anatoly Belov, continuing to study paradoxes of classics by Ilya Utkin, found a “facade without façade” in the project of a country house nearby the summer residence of Academy of sciences in Zvenigorod

Ilya Utkin is a fascinating person. He is the master on overcoming difficulties with placing an object onto a site. In the project of “Gorki-2" the site was too narrow, so Ilya Utkin had to break the rules and contrive so that the project, despite of all, had canonical look and here because of specific character of relief – the difference is more than 4 meters – he had to move the front entrance to the side of the house. But how can be the main entrance of a country residence of such scale, 1500 sq m, placed on the side? Especially if stylistically this residence claims to be classical. So, Ilya Utkin suggested a tricky design: central part of the house is decorated by a portico of four square rustic columns which support the roof. Everything is symmetric, as it is supposed to be in classical architecture, but this central part has no walls, no interior, basically, this is an open gallery and a viewing ground. A place that was to contain entrance architecture, public zone, is empty.

And the residential part of the house goes along with that empty space, it is pushed aside to the edge of site, as well as construction with garage and security. In project “Gorki-2” there was an axis of nonexistent symmetry around which was built house's carcass, it also defined its structure; and here we have the gallery-terrace that replaced the main façade and in relation to the rest parts of the construction are minor. Idea with a fake façade isn’t new. For example, it is used in pavilion “Berezovy domik” [Birch small house] in Gatchinsky park. Only, in the mentioned pavilion it is not quite a fake façade, but a mask-façade, it hides a real object behind, and Ilya Utkin’s gallery does not hide anything, it is pointing to the gully with which it borders in southwest.

In general, Ilya Utkin is totally an architect-illusionist. In most of his objects there seems to be some mockery on basic and standard laws of structural morphology. Often Ilya Utkin simply ignores these laws, however, not loosing the quality of production. In other words, many of his objects have alogical structure, but altogether that appears extremely rational and reasonable. The described villa does not have façade – it is not a façade by all rules – but still there is such. And it has to be accepted. There is something magical about it. Well, this magic has quite pragmatic nature – if there was not the abrupt relief, there would not be ever a fake-facade – but this pragmatism is imperceptible. There is nothing fake about that. Though it is bluff. Really, Ilya Utkin is a Harry Houdini in architecture. No one of modern architects in our country can show tricks so elegantly and smartly.

His way to make architecture without architecture could even be equated to an author's style, to his individual creative manner. Remember the well-known paper project “Glass castle”, worked out together with Alexander Brodsky, it received the first award at the contest Shinkenchiku in 1982. It is a castle without castle – instead there are tall glass plates with some ornaments put parallel to each other – if you look at them from the front and from afar, images on these plates lay on each other and it seems there is a true castle in front of you. If you look closer, this optical effect does not work anymore, a spell is broken. And what do we have in result? Imitation of a castle. Like in the project «Горки-2» we have imitation of symmetry, like here we have imitation of facade. Ilya Utkin very skillfully combines what can't be combined according to all the rules – traditional character with postmodernist humor, pragmatist with imagination.
A fascinating person he is. 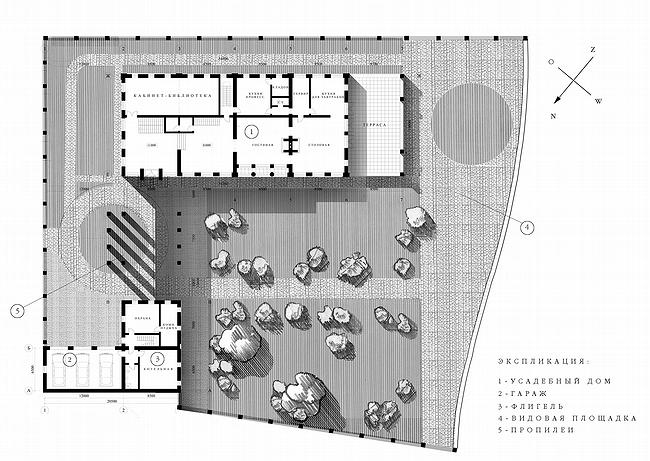 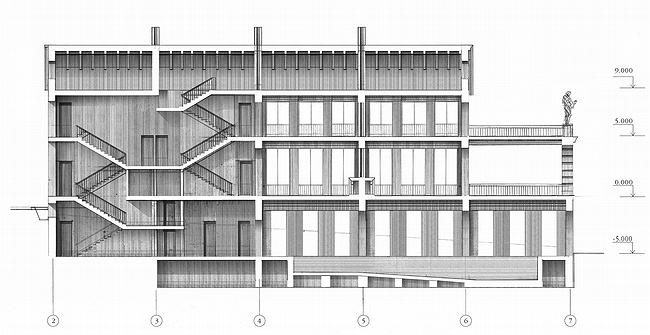 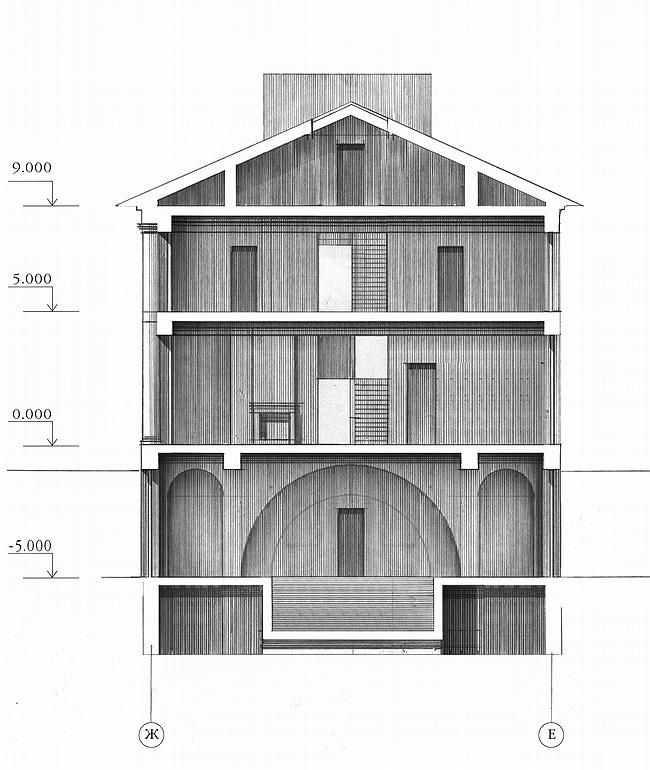