The Museum of Architecture opened an exhibition on the occasion of the 25th anniversary of the architectural bureau “Ostozhenka”. A big anniversary – after all, a quarter of a century – but the exhibition is small. The exhibition took place in two small halls of Schusev State Museum of Architecture. In one room, there is a slide show and videos projected on the wall, showing the workdays of “Ostozhenka”. They are a bit sped up on the rough relief of the white-stone setting of the XVIII century. All together it reminds a memorial and the flashback impression is completed by a real computer rarity standing in the corner – the actual Macintosh of 1994 (the bureau had existed five years by then) with a fourteen-inch screen and a draft opened in an actual, functioning program – as if you can sit and start working at any moment and the shadows of imaginary colleagues will move behind you about the walls. So one can really picture oneself inside “Ostozhenka”. 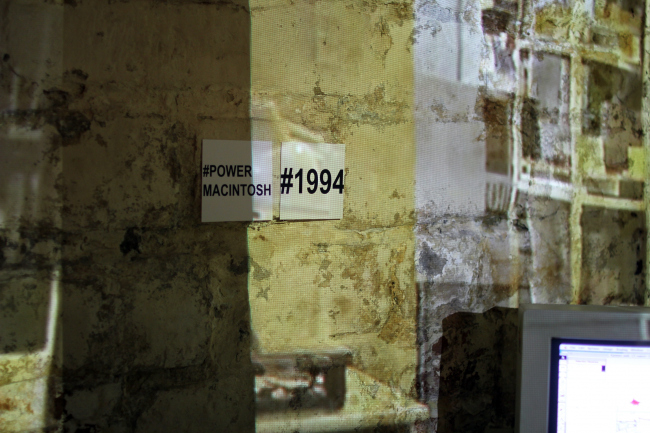 The walls of the other hall – the main one – are fully covered with a carpet of colored and black and white photos. Mostly these are amateur pictures collected during all the 25 years in the archive of the workshop, but there are also professional photos made specifically for the exhibition and posted on Instagram. The peculiar flashmob of preparing for the anniversary gathered a lot of employees – for a short while, however, since the workshop was hard at work on the concept for “Moskva River” and other projects during the preparation.

Portraits, buildings, people and panoramas of construction sites are sometimes grouped round a project or a date marked by a distinctive # sign. From time to time you can recognize familiar faces and noted buildings but then it merges into a single flow again reminding a Friends Page that being placed on the ancient vaulting was accidentally materialized but hasn’t lost its characteristics of a stream – of a flow of life.

At the inauguration ceremony, Alexander Skokan said: “What is 25 years? It is a whole life for a young man. Half of life for a mature person. And a third of life for an old man. I am so tempted to consider our anniversary in the context of today’s events that are the background of our life and that some tend to see tragically and some – with certain pathos. But we shall refrain and will not talk about it. Instead, we will be saying “thank you”. Thank you to this museum that welcomes us to live it up and celebrate within these walls for the third time now. Thank you to MArchI and to Ilya Lazarev – the godfather of our bureau. Thank you to those who have organized this exhibition – the authors of the concept: Kseniya Berdnikova, Maria Dekhtyar and Vanya Vorozhensky.”

Company “Lik” that continually cooperates with “Ostozhenka” received a special thanks and applause. Especially for the exhibition, “Lik” made a staircase as a gift for the museum upon the project of the architects: a black metal staircase like a fragment of a winding stairs now leads us from the yard into the basement and is mounted right on the vaulting. That is why a one-to-one draft of the staircase had to be brought to the place to test fit and be completed before the final construction. “Working with these people is like a fairy tale – said Alexander Skokan about “Lik” – you tell them what you need and they say: go have a sleep on it. The morning you wake up – everything has already been dione and even better than you had expected!” 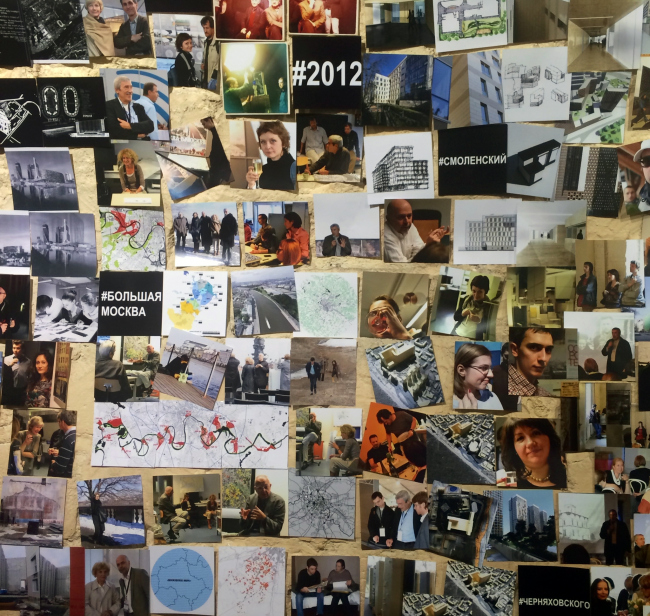 According to Alexander Skokan, working on a project of a staircase is by no means less interesting than on a town planning design that the workshop has been working with more often lately. “We do city scale projects – such as the Moskva River - at the same time with such purely design projects like this staircase that are also interesting to us.”

Andrew Gnezdilov that now holds the position of architect in chief of NIiPI General Plan of Moscow and was present at the exhibition as a guest and couldn’t help taking part in its preparation commented on the exhibition: “Masha, Kseniya and Vanya have found the perfect, fabulous language for describing these twenty five years. This is the way we recollect our lives – the memories fall into pixels of image flashes. I was astonished as I saw it. It looks like a chaos – but it is what I consist of. We all consist of mixed fragments – where it is hard to tell the line between “me” and “us”. 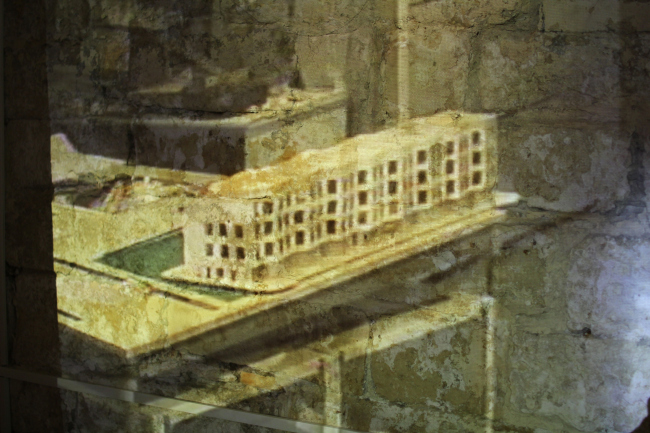 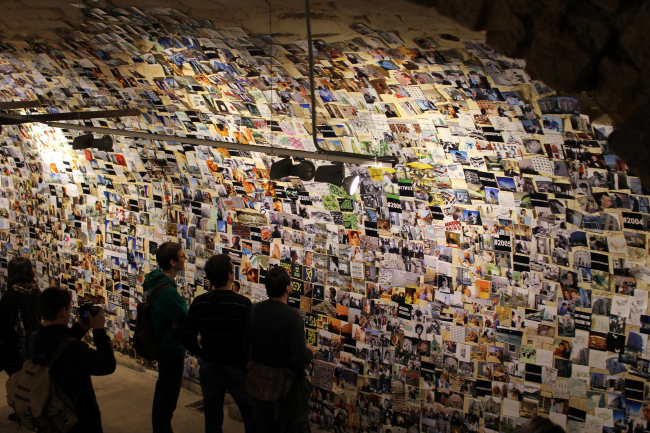 Maria Dekhtyar compared the vaulted space decorated with photographs with a cave covered with mosaic and added: “Everyone knows the projects anyway. We wanted to make this even seem more like a birthday. And such a photo album is the most suitable format”. Maria created a logo for the exhibition in the form of crossed roman figures XX and V: they are also associated with the letter V for Victoria and with the windows of “Embassy House” in Borisoglebsky Alley.

Smiles, laughter, focused working on a project, lively discussions of some problems, having tea, celebrations, designer supervision – the photo retrospective includes completely different, sometimes seemingly insignificant moments of Ostozhenka life. But all of them justify the words of Dmitry Gusev – one of the cofounders of the workshop: “From the very beginning we have had a friendly warm atmosphere that reminded a group of people that gathered together to make a contest. There was no hint of a formal staff – everyone enjoyed each other’s company and was motivated. The atmosphere in a workshop gives a real boost of creative energy when it supports the professional motivation – not financial. And this when everyone works in his or her own style”. The resulting combination of the staircase made for the museum – a real and at the same time artist built work – that will stay and be in a small way but actually useful and the home felt informal exposition turned out to be very right. A calm, a bit ironical attitude to oneself, a wish to give somebody else a present on you own birthday – as hobbits do – on the part of a well-known bureau engaged in large projects for Moscow – it all looks very winning.