Architectural concept of specific economical zone in Tomsk, completed by architects from ABD early this year, summarizes experience of construction of offices and business-parks which is considerable in this architectural company. From the combination of this experience and urban-planning task there shaped a "park of high technologies”, which combines capabilities of a fine modern office and popular today architecture with the old good idea of a garden-city

Specific economical zone is a special territory where some taxes and custom charges are lower for development of an important for the country sector. Today, there are 15 special economic zones in Russia, four of them are technology development special economic zones. There is also tourist and industrial, probably, soon there will be such port areas. Technology development zones are like "scientific" elite and their comparison with Soviet scientific towns seems quite proper. Though very likely it is more productive would be comparison to the well-known American “Silicone valley”.

So, there are four new scientific towns planned in Russia where taxes will be lower in order to develop science and to introduce it into production. For the state account there will be constructed engineering communications and first buildings. Then investors-residents will be building, but they will have to do that according to the general musterplan. Having in return comfortable conditions and tax privileges. There are three such towns are based in the European part – in Zelenograd, Dubna and Petersburg. And there is the only one in Siberia, in Tomsk.

Tomsk was a reasonable choice. The city is well-known for two things – lacy wooden architecture and scientific discoveries. Recently, for example, Tomsk scientists have invented a new method of restoration of destroyed brain tissue. This city has 8 universities and an Academic town which belongs to the Siberian department of the Russian Academy of Science. It is located within the city, but on a plan looks like a military base – it is surrounded with forests and just one road is connecting it with the city. Outside academic town is like typical Brezhnev city block – it has common 5storey buildings of grey silicate brick dashed by spots of wild cedar forest.

New Tomsk scientific town be located nearby the existing one, to the southeast from it, and will take a part of reserve territories of the Siberian Russian Academy of Science (in total 192 ha). The nearest neighbors are countryside sites which is actively bringing under this green part of the city, and also forests protected by ecologists and wandering small river Ushaika running into Tom river. Therefore the district is registered as urban, it looks quite countryside and bucolic. Besides, it is academic – the new scientific town is under construction beside the old one and looks like its extension.

The masterplan developed by the architectural company of Boris Levyant, diligently uses all aldvantages of the district, as well as the protected forests, three large fragments of which will be a part of new scientific town. And also a complex relief with difference about 60 m – following irregularity of landscape, architects have planned five kinds of nature zones, including an Alpine village on one of the "natural" branches of the small town.

Frankly, somehow it is strange to call it a town – so picturesque this new growth in the project of architects ABD is. Unlike a scientific town surrounded from the three sides by roads like walls, territory of special economic zone, to the contrary, is thread on its basic route like an axis. This main route, under which there will pass key underground communications, is transformed into a boulevard with trees and wide green strip, dividing roads in the middle into left and right strips. Around of the basic route there are sites of main working buildings – they will be occupied by residents OEZ (there are already 90 applications received). According to design, working buildings will be of two type: office (for programming specialist and IT-specialists) and scientific-technical, for pilot productions.

In east part the basic route branches out into two, echoing outlines of the site in order to regularly fulfill the entire territory. Near the crossroad and in two other spots the architects have planned "social and service" areas that have everything that makes life of working people comfortable: cafes, shops, sports halls, fitness, saunas and so forth. Public centers are placed so that from any part of working territory it was easy to reach them. Each center joins a natural zone so that one after sports activities could take a walk in the open air.

Aside the main axis there is planned the second additional one – the road leading to the residential zone and uniting residential buildings around. Both axes are curving picturesquely bent, following equally the relief and twists of complex outlines of the site – at the same time supporting image of unostentatious quiet natural picturesqueness.

Residential space is a separate topic. The thing is that the law does not allow constructing residential buildings in special economic zones. However, people who will work there, need to have a place to live. The state customer suggested not project residential spaces at all, saying that employees can get to the workplace from Tomsk. But Boris Levyant managed to convince the client that it is more convenient for workers of IT-sphere to live nearby the workplace, many of experts will probably be invited. The houses were designed as aparthotels for temporary living, there are 2 types – cottages and 5storeyed houses.

Boris Levyant defines genre of the project as a “park of high technologies” – like business-parks, in designing and construction of which architects ABD have a significant experience (business-park in Krylatskoe is already completed, business-park “the Western gate” on crossing of highway Mozhaiskoe and MKAD now is under construction). This experience in Tomsk has got new, greater scale and as consequence – new quality which could be described as “town-planning".

Easy to sea, having broadened frames of the typology business-park, architects from ABD have designed version of an ideal city for a special economic zone. It is most close to the idea of a garden-city which appeared in XIX century and which have been exciting minds of town-planners for all further time. Nature in this project is cultivated, but rather in English manner, than in French, with preservation and even underlining its naturalness. They let it inside the settlement, leaving in the form of a small forest, or turn into Alpine village and providing residents inhabitants with variety of impressions. Also it gives sensation of open space and some degree of freedom. The garden-city borders with the English garden and further smoothly passes into the Siberian wood.

There are another peculiarities to be marked. First, the project is definitely urban-planning – here on an empty space will be if not “city in city”, then a new microdistrict with its own laws and own customs. Secondly, architects ABD design it from their extensive experience of office and business-park constructing. Their architectural concept they filled with economic appendix, with financial structure and the analysis of project’s profitableness. With a huge number of figures and tables. This is called the concept of territory progress – and is beyond architectural work. “This project is rather of economical and political kind” – said Boris Levyant. So, the experience of architectural company ABD which a lot and effectively is engaged into construction of offices, working with the state project passed in the new quality. Constant interest of architects to adjacent spheres allowed them to approach the town-planning task from different points, and the work went out of architectural borders. When it comes to such specific economical urban-planning of a special economic zone, this must be considered fine. In other words, if we really want those large foreign investors would come to Tomsk from the high technology spheres then ABD architects have been a lucky choice. 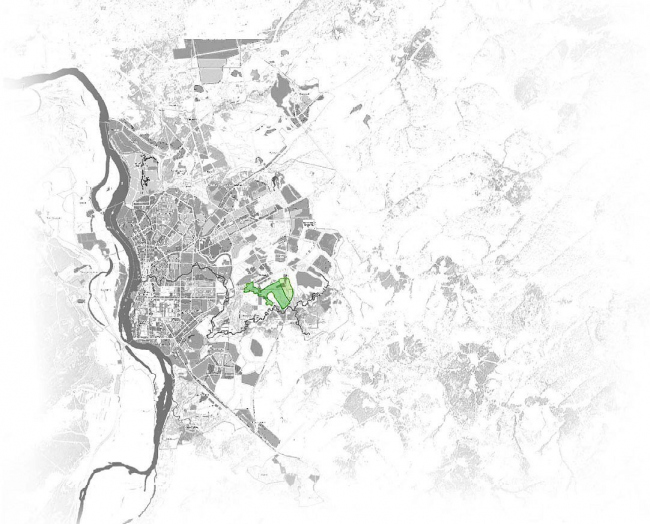 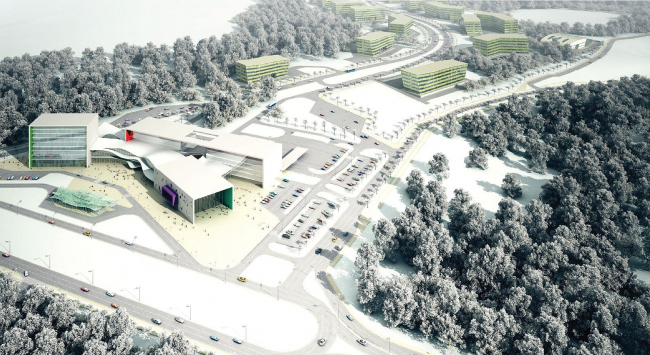 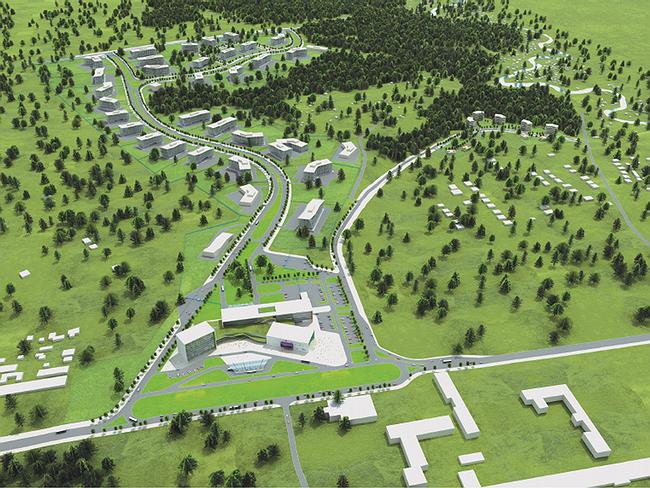 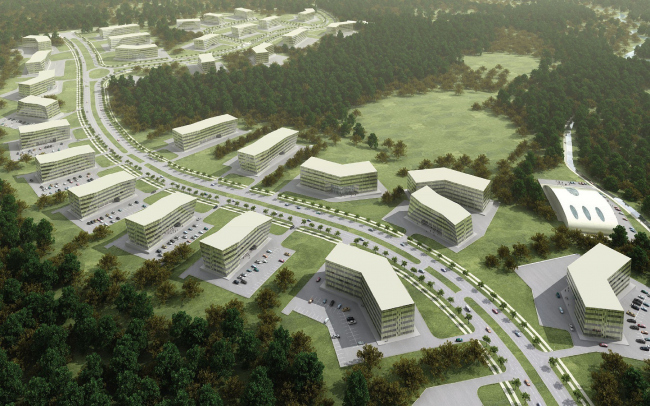 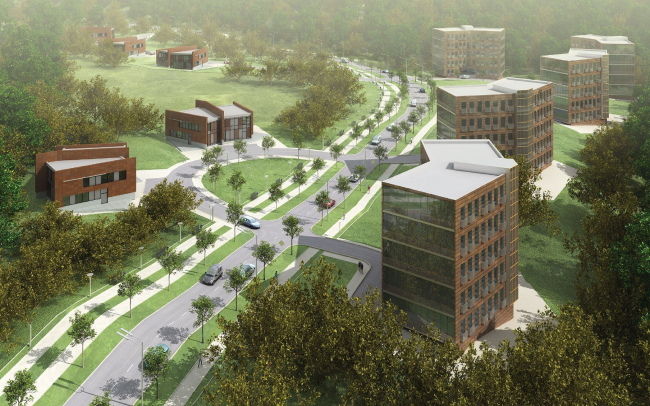 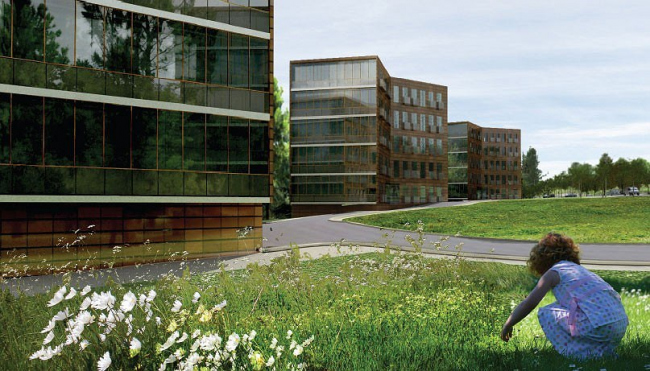