On the 7th of November the mayor of Moscow approved one of the largest and most innovative projects for the past time – the project of the multi-use complex right over the Kiev direction of Moscow Rail Road. Specialists of different Project and Research Moscow Institutes were engaged into the work because the project was large and it was urge to solve a great number of technical issues. The team of architects under the guidance of Aleksandr Asadov was engaged into developing of the volume-space issue of the project.

The part of the Kiev direction line of Moscow Rail Road – about 2 km – is to be enclosed into a special noise-and-vibrationproof tunnel and build there a multi-use complex. Thus, the given federal land will be turned into a full urban space, which will include public and residential buildings, hotels, transport infrastructure and systems of engineer supply.

It provides for reconstruction of the whole railroad infrastructure starting from the 3d hoist ring up to the Minskaya street, as well as reconstruction of the existing suburban station, construction of high-speed railroad line that connects the object with the Moscow airports. In the zone of the railway there will be constructed an over-railroad covering, that will include service rooms needed for the railway operation, and parking. There will be a copy of the Kutuzovsky project and driveways over the covering.

This is the first project in Russia that suggests building of an urban construction on an artificial foundation that is covering of a functional railroad. On the order of OOO “Miraks Group”, the investor and technical customer of the project, The Russian scientific and research institute of railway transport is developing technical standards of railway operating as there will be urban objects over railway.

In the beginning of the block, by the 3d hoist ring there will be constructed a tower, 240m high, with apartments, surrounded with the two small office blocks. In direction to the Park Pobedy tallness of the straight and curved buildings that make triangle and trapezoid spaces, decrease to 4 and 3-level buildings. Roofs of all the building are splay, towards Kutuzovsky prospect. They will be planted over and used as additional recreation spaces of the buildings.

In the southern part of the 2m block there will be a retail and entertainment centre with a system of roofed public spaces and a station of local and high-speed urban railway transport. Along, in parallel to Kutuzovsky prospect, there will be green boulevard 60 m wide (by the tower) to 30 m (by the centre). It will join all the spaces. Along boulevard there will be a line of small constructions of public and service functions, connected with it by cross pedestrian bridges. 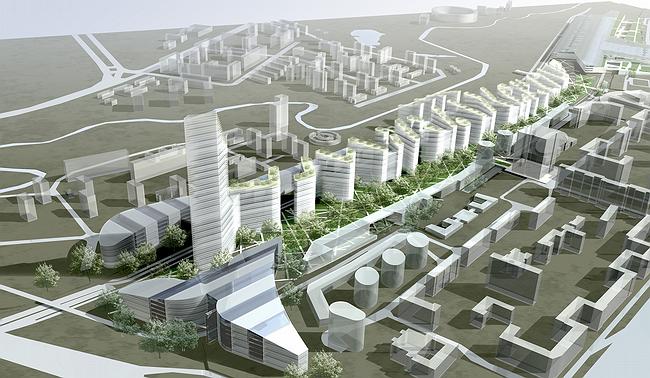 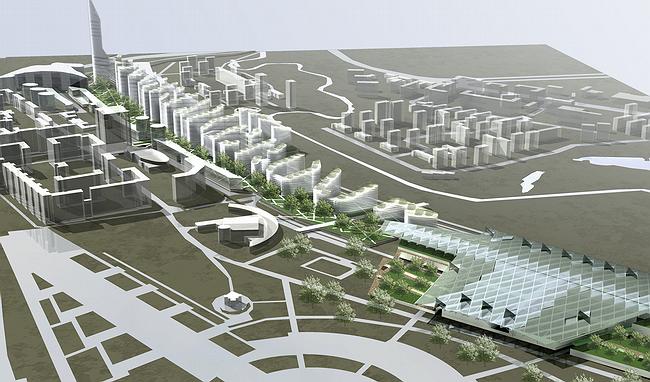 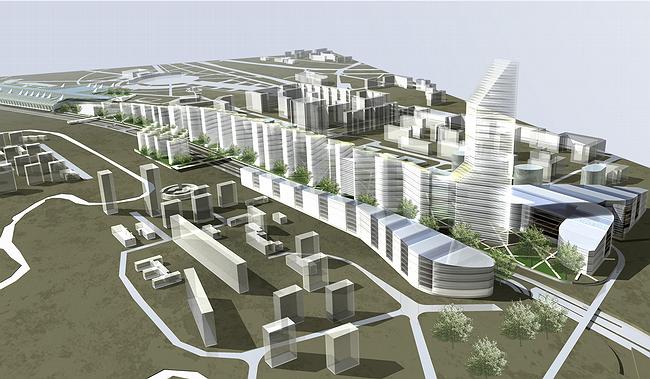 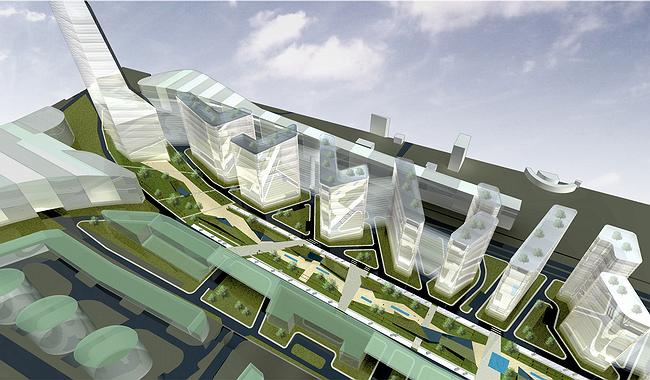 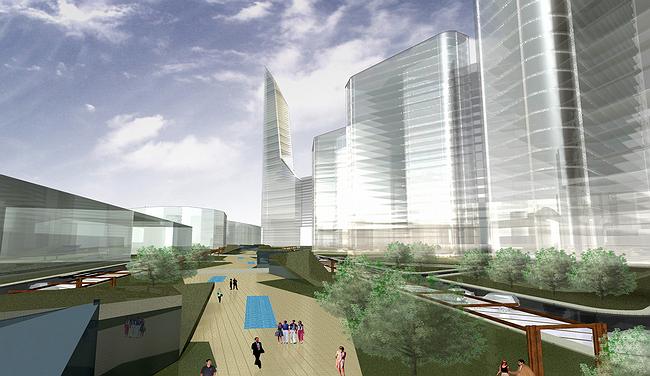 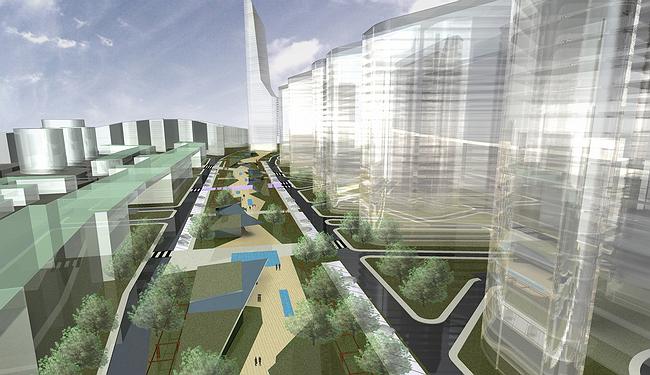 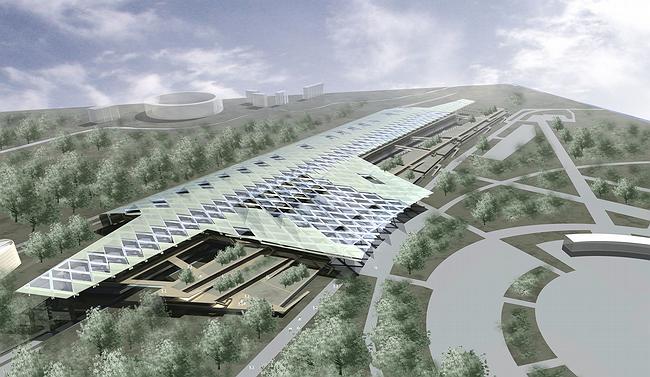 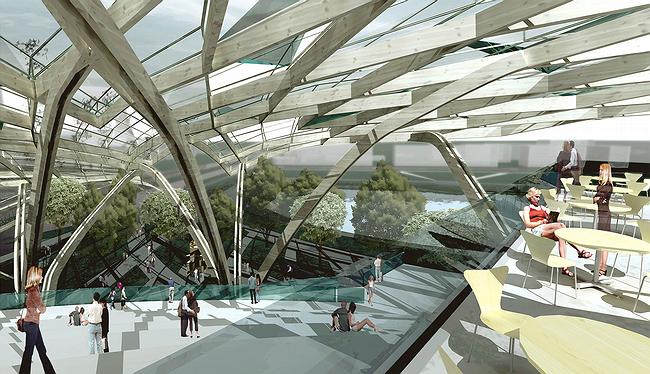 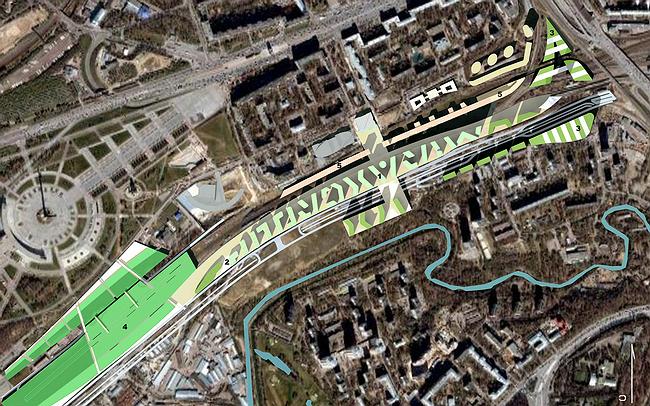