Nikita Biryukov: "Moscow has long since become unfit for bringing up self-sufficient people".

The leader of "ABV Group" on the contemporary Moscow, the profession of an architect, and the absence of hopes for a better future

Archi.ru: It has been over four years since the global economic crisis of 2008. How do you think architecture changed over these years?

Nikita Biryukov: I think it is still too early to judge whether or not the architecture changed after the crisis. The "medical" results of the architectural development will manifest themselves in a pretty long while. In fact, the crisis is still there, and architecture is a pretty inert process. And - today's situation is hardly better than the one that we had back in 2008. Yes, things are getting livelier a little bit but even if they are it is only because this process is by definition a long-term thing - most projects that are under construction today had been launched still before the crisis.

Archi.ru: How would you describe today's vector of development for the architecture in this country?

Nikita Biryukov: Sadly, I cannot say that it is satisfactory - in fact, this vector points in the completely wrong direction. I only see how things stand in ; in the other cities things must be still worse. Architecture is a cost demanding business that requires serious investment. Today, for obvious reasons, everybody is trying to save up. Virtually all of the assets that were in the developers' hands have moved to the banks now, and the charismatic leaders have been replaced by crisis managers whose primary objective is implementing budgets. Most of them do not know a thing about the essence of the process, and this is why they are totally incapable of building up new venues or generating a scenario of developing this or that area. As a rule, they work with the already-formed and partially developed sites only to bring them to some kind of an end result - which is not even always positive. With such a background, one can hardly speak about any serious architectural movements or achievements.

Archi.ru: And what does this "background" do to the architects?

Nikita Biryukov: I can only speak for myself - life in the profession has become boring these days. The work in this city is being monopolized. Ever so often I get the feeling of a déjà vu, like we're back in the 90's. And this is disappointing because for more than 20 years, we have been growing together - both architects and developers. When we were just entering this business, we knew very little about it ourselves. Over the years, however, what we did was learn and grow. During all these years, when an educated customer came to the architect, he would know in advance what he was capable of, what was his personal potential. What we have today, however, is complete substitution of values - everything is gained through a tender. And look who is winning all those tenders? Great architects? Gosh, no! The tenders are won by the cheapest offers that are often made by companies with a shady past. Look at what is going on with "Slavyanka" shopping mall! First they hired the "Russians" of Turkish make, and they got what they got. And now they are hiring a couple of companies to do the facades. I think that signing up for such a job must be below one's dignity. And it is not just about the facades - it is about careless attitude towards the place. This complex should have been at least half its actual size - and then everything else would come out splendidly.

Archi.ru: Still, I wouldn't go as far as to claim that today's architecture can be compared to what they were building in the 1990's.

Nikita Biryukov: Of course, there is a difference, everybody has got more experience now. There are also new technologies and new materials. But the core of the profession is still the same, isn't it? Those who worked responsibly before, they work just as responsibly now. There was, after all, great architecture before the 1990's, wasn't there? There is but one formula: quality of solutions and quality of implementation.

Archi.ru: Today, is undergoing a change of power, new people have been appointed to the key positions, and the city itself has changed - it is more than double its recent size. How can you comment on the change of the architectural image of our capital?

Nikita Biryukov: I have no illusions as far as the new power is concerned. People come and go - the government remains the same. is still the same milking cow that it used to be. I am appalled to look at our city that has been damaged, and the damage is long-term. I enjoy watching old movies where is still green, where there are few cars in , and people walk the sidewalks and parks undisturbed. Today's is not a city for living - it is a city for making money, and not for making joy and happiness. Granted, my opinion may not be objective but, sadly, I am not the only one who thinks that way. The city has become angry and mean. And this dark and dangerous energy goes a long way to shape up the way we think and the way we live. In my opinion, has long since become unfit for bringing up self-sufficient people. This city is ruled by frightening vulgarity. I would never have thought that I would live into the day that I want to leave this city - but today it is just disgusting to live here. And we destroyed this city with our own hands - we have only ourselves to blame.

Archi.ru: What do you think of active participation of foreign companies in the architectural life of our country and our capital?

Nikita Biryukov: Yes, there is indeed a plague of foreigners living and working in now. They are numerous, and they are different - just as we are. As a rule, the commissioner invites them at the initial design stages, when architectural proposals and concepts are developed, and then the project is fine-tuned by the domestic architects. Today, this workflow is quite common. Our company is doing a few such projects. For example, to work on the project of the business park in Skolkovo we were invited as the general planner, when the architectural proposal by the British company Scott Brownrigg was already approved. Working with this company was quite comfortable for us. When still at the stage of development of working documents we invited them to participate in the development of the project. Generally, however, as far as the presence of the western architects on the Russian market is concerned, I should point out the following: our foreign colleagues offer a product that is quite competitive but, at the same time, is not something that is out of the ordinary. If this same task had initially been assigned to our studio, we would have handled it just as well.

Archi.ru: If our homeland specialists are capable of doing the same job just as well, then why does the customer opt for the foreign architects?

Nikita Biryukov: The commissioner that invites the western specialists because of their different mentality, different educational background, and different approach to designing things - I cannot blame him, really, because over the last 20 years our architects brought discredit upon themselves. I am not speaking about EVERY designer. There are a small number of industry professionals that has been successfully working on the Russian market for quite a while now. The overall trend, however, is quite saddening - simply because the Russian architects do not get the slightest chance to redeem themselves. There was quite a situation with the tender for the renovation of the when the Russian architects - both individual persons as well as whole Russian companies that had no foreign specialists working for them - were simply deleted from the list of the participants.

Archi.ru: What do you think is the main reason for such a precarious position of architects and architecture in this country?

Nikita Biryukov: Today, they are constantly holding up the constructivism as a model and as our national pride and lament the fact that it just slipped through our fingers. But what we need to realize is the fact that the constructivists were brought up by the powerful Russian culture. And then the entire cultural layer of this country was just severed out - some people emigrated, some died in World War Two, then there was Khrushchev's persecution... Today's generation is incapable, though hard it tries, of creating something of real value. An architect does not live and create in a vacuum. He is part of our society - just like our medical care system, education, industrial enterprises... The profession of an architect is, sadly, as under-respected as it has always been.

Archi.ru: Well, but if there is no making amends, as you say, then perhaps some mechanisms must be developed so as to prevent things from going from bad to worse? How would you describe a perfect architect of today? Perhaps, we should start with education?

Nikita Biryukov: The "mechanism" is always the same. It is the law and its strict implementation instead of a variety of interpretations. The architect is always doing somebody's commission. We all are dependent people. As for the education... has no comprehensive architectural education today in it. Moscow Institute of Architecture as a professional higher education institution has virtually been destroyed. All the attempts by all the high-brow people to open "schools of architecture" of their own can only make me smile. If you want to bring up a new and talented generation, some certain selection must be made over a considerable period of time. Today, the young kids get their real education after they graduate and start working with architectural companies. What will become of them is a matter of luck, to a large extent. 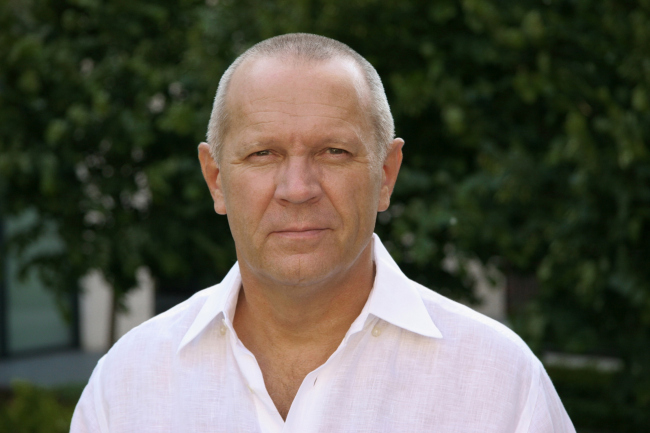 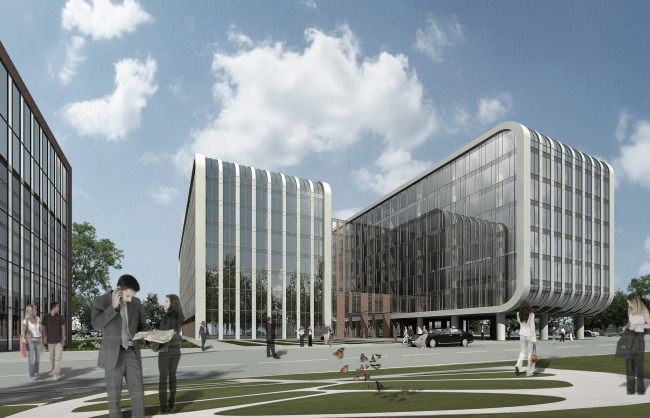 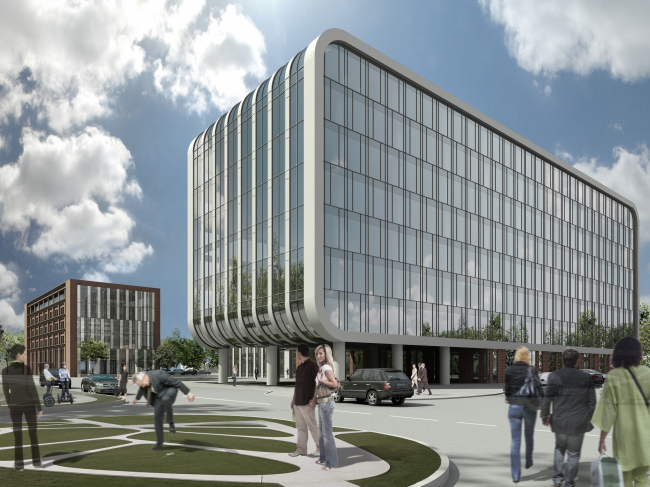 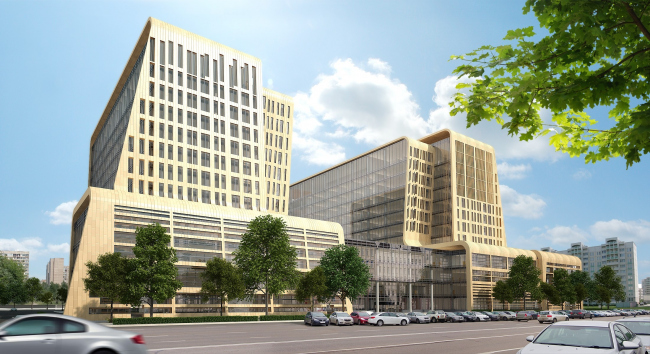 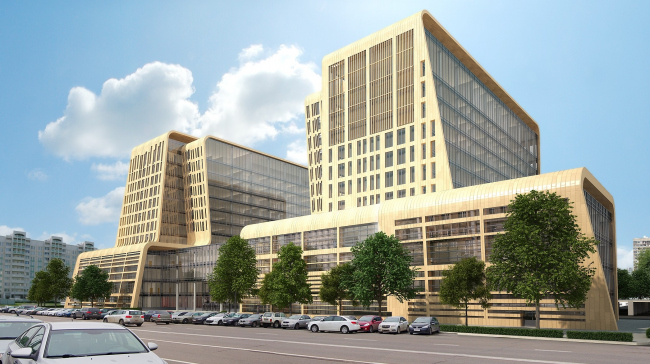