The story of TOTEMENT/PAPER Bureau participating in the competitive bid for the housing project “Technopark” area of “Skolkovo” innovation centre and about the concepts that were developed in the course of this competition, is shared by the leader of this company, architect Levon Airapetov.

Designing the residential quarter proved for us boring and exciting at the same time. Each 3D idea was to be verified and approved for a few dozen parameters, gradually (and preferably quickly) zeroing in on the optimum solution. Some "fancy" ideas would go and fall apart, and some would prove ineffective at the first reality check. Eventually, we settled for the optimum, from our standpoint, layout solution that gave us some freedom in terms of shaping our buildings and at the same time covered all such "nuisances" as insolation, fire prevention requirements, minimization of vertical communication units, distancing the parking spaces (even of EV's) from the residential buildings and the public area that we positioned close to the rest area above the main highway spiral that runs through the quarter. The buildings were positioned from South to North, opening up to the view of the Technopark. The two side buildings, however, got a bent-shaped layout so as to help prolong the housing line and maximally secure the inner courtyards. From the north and from the south sides, these buildings rest upon the slopes of the hills, inside one of which an extra parking garage is built, while the other contains the residential quarter security office. The middle building got bent twice, making room for the fitness center and the already-mentioned "hanging square" - these two swallowing one of the communication blocks. Yet another one merges with the parking garage covered with a green roof. Initially, this area had been meant to be used as a dance hall and was pierced with giant vertical glass tubes delivering the light from above through the deck of the roof to the shadow zone and working as lamps in the night time. The two side buildings got slightly slanted at their ends, this accentuating the beginning and the end of the movement along the arc of the block. Thus the three residential buildings, the two separately standing vertical communication units and the third one merging with the parking garage, plus the building of the fitness centre with a "hanging square" are the basic parts of the composition solution. The buildings themselves got the "natural" ground floors (with studio apartments having independent entrances), capable of shutting themselves off from the "outside world" with Venetian blinds. The four upper floors are mostly two-level three-room apartments. The windows of the residential buildings are something that deserves a special mention. Here is the thing - each residential unit has a four-window block of its own. All of them are, naturally, part of a special geometrical grid and are interconnected with one another by an "invisible thread" but it is yet another thing that matters here. Basically, we designed this anthill of a house with more or less standard living units and horizontal connections, and we wanted every living unit to be easily "read" on the façade from a fair distance as something that has individuality and is at the same time a part of an indivisible whole. What we wanted to achieve was the effect that, from a distance, the façade would look like "flowers with petals" moving in the wind, as if cut out by a child's hand a bit on the uneven side but very studiously, while, as one would approach the building, all the windows would fall into their strict places, like trained soldiers, in a perpendicular and orthogonal fashion. 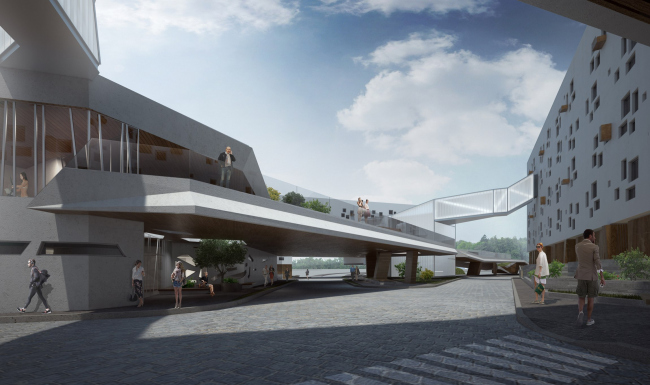 It is this particular solution that became our interpretation of the scientific and practical process where we had to find a perfect marriage between the "upbeat" idea and its boring business implementation and find the optimum solution in which two different ideas would become parts of one product - creative and technologically adaptive at the same time.
Text by: Levon Ayrapetov, Valeria Preobrazhenskaya
Translated by Anton Mizonov 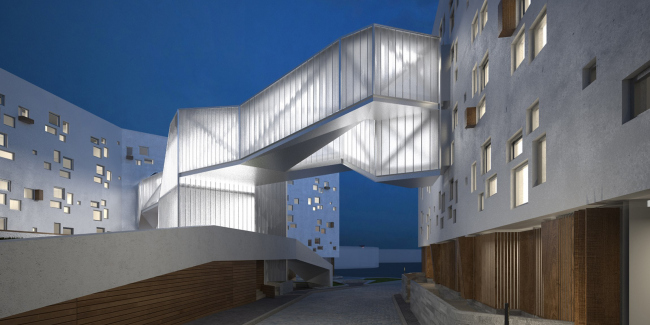 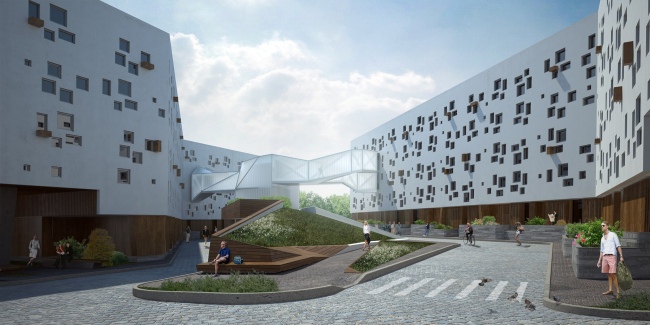 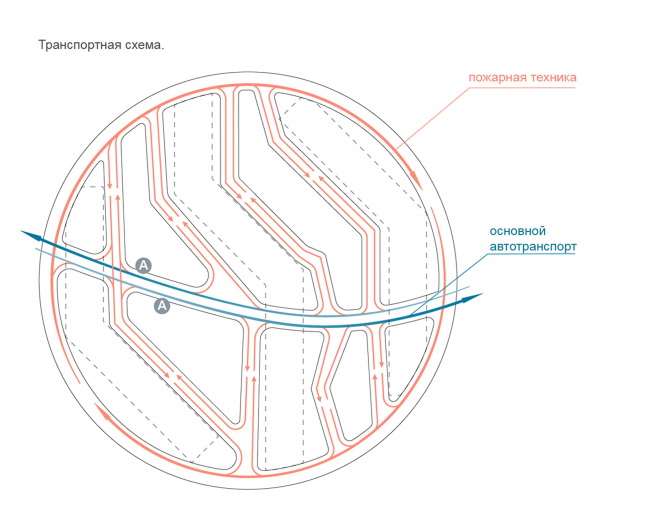 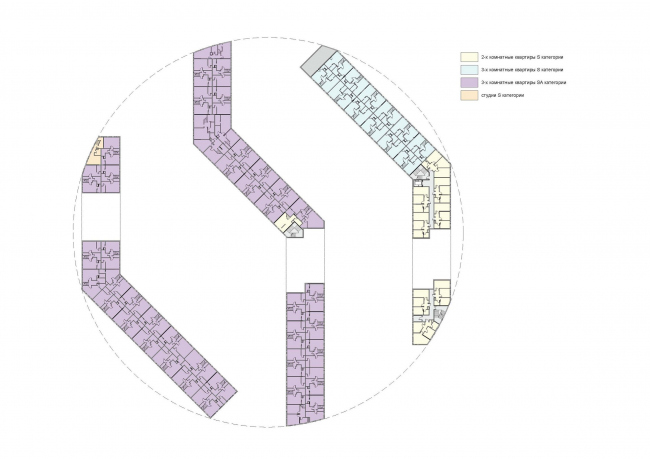