It has already become a custom to say that the apartment block at Savvynskakya embankment is well-built but is far from exceptional from architectural point of view. It could be suggested however that the building has something of absolute quality – it represents an attempt to reach perfect rationalism by combining functionalism in construction and mathematical finesse of its facades.

Architects call the building ‘a house in the second Truzheninikov lane’, or ‘a house on Savvinskaya embankment since both streets there.

The house could be viewed from Kiev railway station, and from Andreevsky bridge. Even from long distance one could notice that it become to the same type of building as its neighbours that were constructed during the last decade. This type demonstrates variations of large and small towers that have more or less brick or plaster, loggias, balconies and fillets, and belong to different price groups. At first glance the house build by ‘Sergey Kiselev and partners’ workshop certainly belongs to this neighbourhood. The second look however makes it clear that the building has more luster than the others.

The exact placing of tiles at each element of façade was carefully calculated so that the design of tile junctions looks like an ornament or a net that covers the façade. Kiselev’s favourite motive – striped façade here seems to be modest and graphic as only tile junctions were used. For Kiselev coating turns into formal expression of proportions: the width of large windows is matched with two tiles, the width of smaller ones – with just one tile. The curved main façade overlooking the embankment has been calculated with same precision although there horizontal lines were created by large relief tiles and the surface is covered with small and elongated ones. One can bet that all junctions on the façade is close to 4 millimetres.

The graphic effect created by tiles is reinforced by window frames; one third of any frame is in one piece and is vertical while two thirds of each is divided into three horizontal parts. Careful mathematics had been thought through and took shape – one is tempted to see it as geometric alter ego of the building. It is a game of people mad about logic and precision.

What is left for emotions? General impression of scrupulousness, and ribs coming out of semicircular main façade at an eye-catching point that is turned to Kiev station. This is the only element of façade which looks more or less irrational – hinting at the fashionable theme of ruins.

If one walks around the building or prefers a bird eye’s view – at a picture, for instance, -  it is easy to notice that the lay-out follows classical constructivist planning ‘from inside outside’. The house consists of four towers of different height that are stuck to list hall thus making one item. For it was necessary to combine apartments of various types and sizes (2-5 rooms) in one expensive building. Apartments of the same type are placed in vertical ‘blocks’ of various heights. Where one ends, another block gets large open loggia which is situated on the roof. From the outside blocks differ by the ornament of tiles and by their colour. As a result one gets best apartments overlooking a river, with panoramic view and minimal decorations – ‘ribs’, circular piers and windows ‘dancing’ in chess order. The house rises stepwise so that the owners of 3-5 room flats on top floors get spacious loggias.

In the end the house looks practical. Architecture gives form to the necessary, and it sets the building apart from its dull ‘neighbours’ since their asymmetry follows fantasy not necessity. Thus the building looks doubly rational whatever meaning of the word is used: inside one could see pragmatism and efficiency while the rhythm of tiles on its facades is somewhat related to the golden ration. The highest level of rationality almost reaches the absolute. For example, it demonstrates a new level in development of a style that became so familiar within the last 10 years 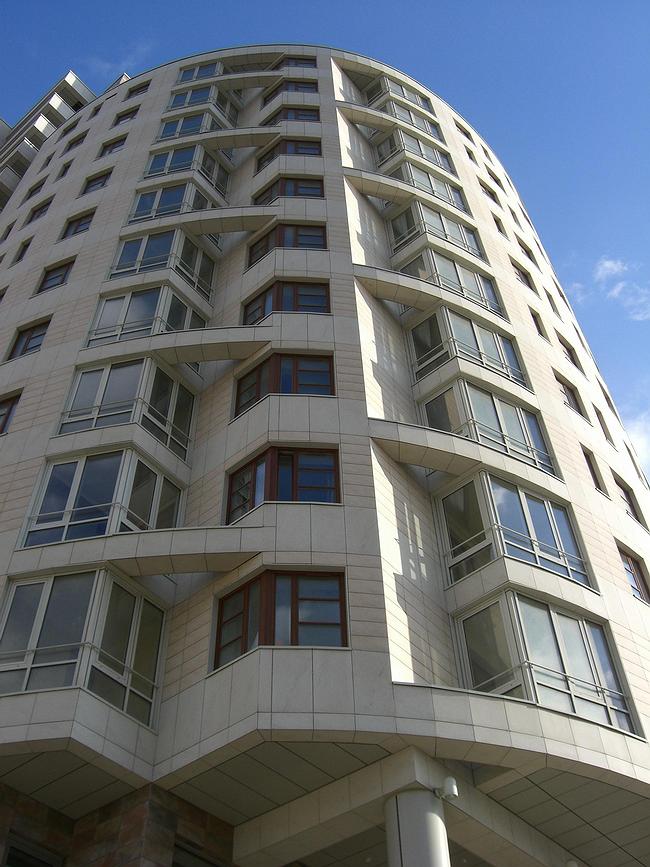 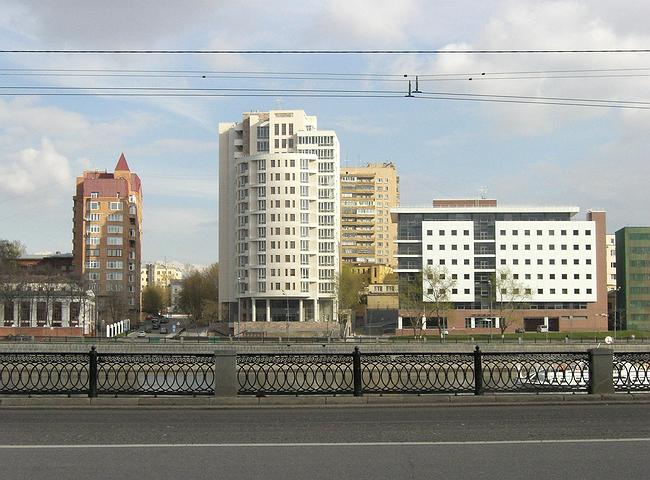 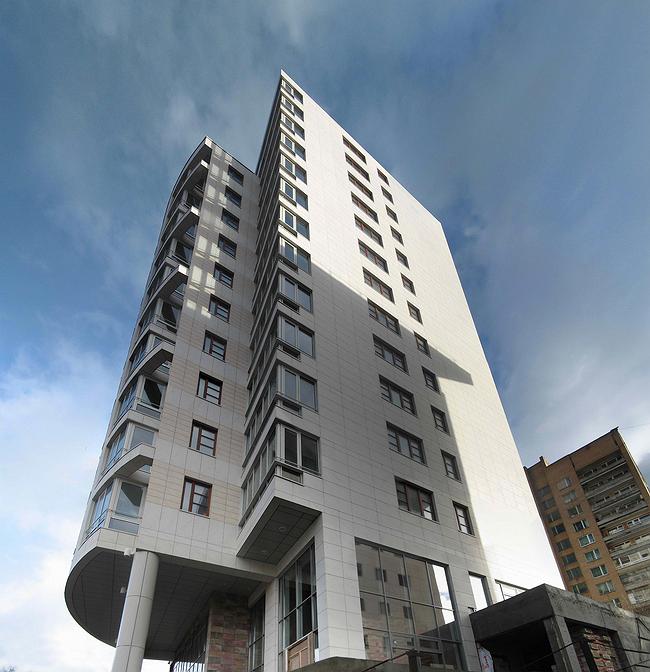 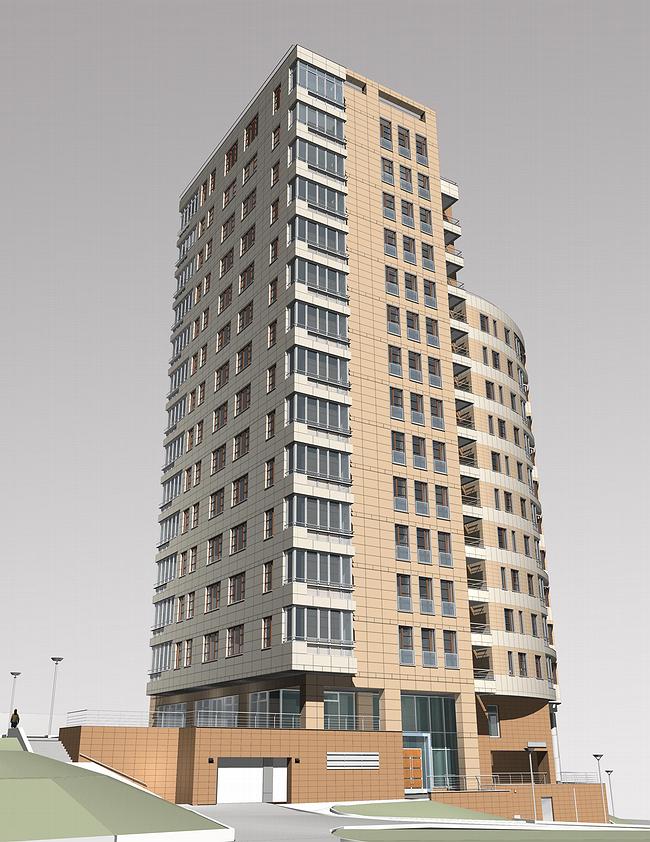 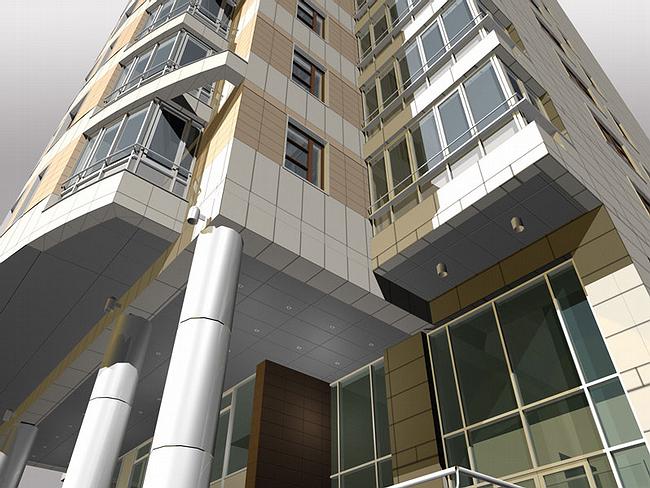 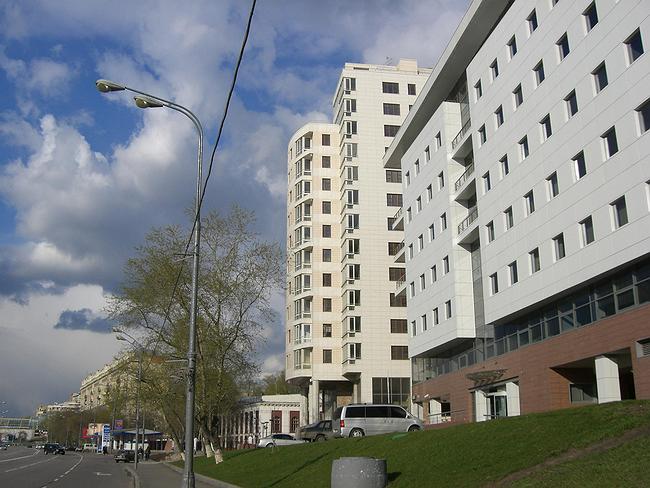 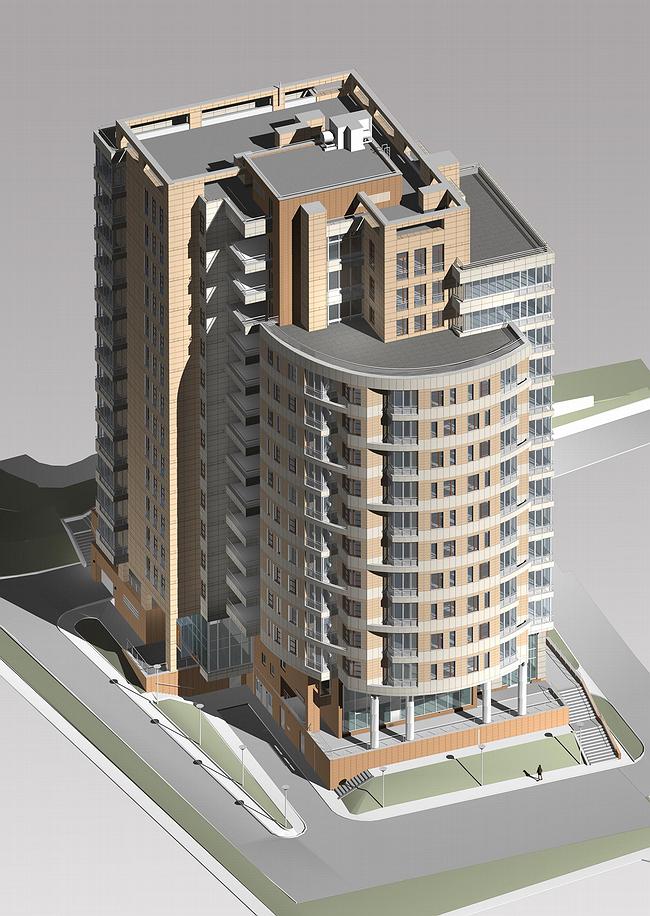 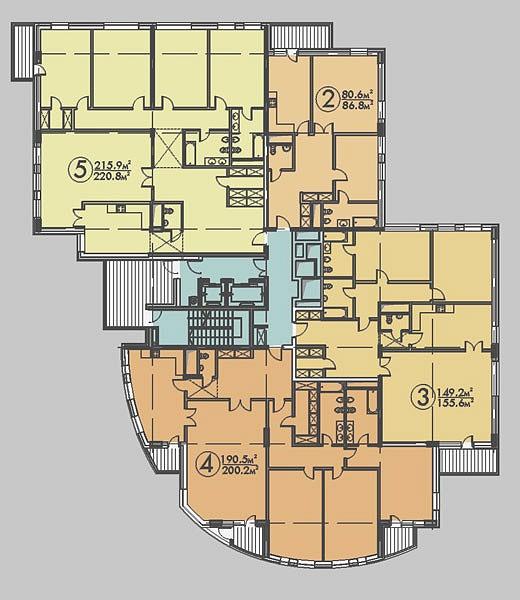 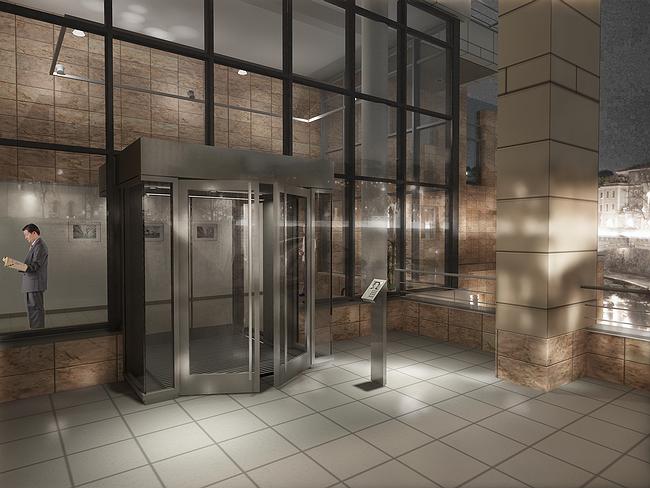 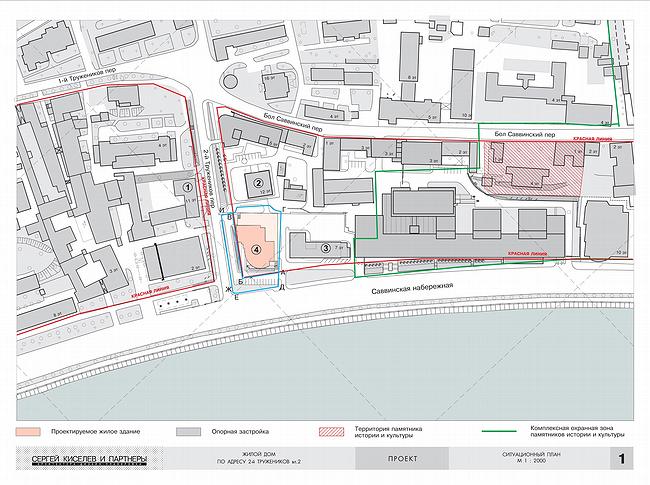