The Emperor’s Palace… a Place for Dialogue

Nikita Yavein and his Architectural Workshop “Studio 44” have come up with the renovation project for the Alexander Palace in Tsarskoye Selo near Saint Petersburg. Just like the reconstruction of the East wing of the General Staff Building, the architects’ new work presents an excellent example of correct mix of up-to-date creative and technical solutions with the historic architecture.

Today, the Alexander Palace has the status of a cultural heritage of federal importance, so the degree of possible interference in its architecture is strictly regulated. “Studio 44”’s concept turns the classical complex into a modern museum that contains, alongside with the permanent exposition (on the 1st floor, in the central halls of the Main Suite and the East wing), exhibition grounds, a large lecture hall, public access foundations, classrooms, and computer rooms of the Children’s Educational Center (on the 2nd floor). The massive infrastructure services (dressing rooms, cash registers, cafes, bathrooms, technical support systems) will be localized on the basement floor, while the attic spaces of the wings will house a modern ventilation system. An important aspect of the renovation plan will be adapting the building for the comfortable locomotion of visitors with limited mobility. Taking into account the housing capacity of the future museum (700 – 800 people simultaneously), the renovation plan provides for the separation of the visitors’ flow by means of making two separate entrance areas for VIP groups and individual tourists that will be entering the palace through Nicolas II’s personal entrance. Along with the engineering modernization of the building, the project includes restoring the historic facades of the palace and the interior of the premises of the East Wing. The roof will once again be painted its original green color, and the chimneys will be rebuilt (they will, however, now only be used as ventilation ducts). The plan also provides for restoring the “oak-like” joinery window fills, as well as the marble flooring of the peristyle. This renovation project was developed in collaboration with “Spetsproektrestavratsiya” (“Special Restoration Projects”) Institute whose experts will deal with the most historically valuable rooms and halls, these being the Parlor and the Big State Study of Nicolas II, the Maple, the Rosewood, and the Lilac rooms, and the bedroom in Alexandra Feodorovna’s suite. It is the integrated character of this restoration project that really makes a difference: not only the elements of décor (mirrors, portals, fireplaces) will be restored, but the whole rooms that were lost as a result of the Soviet era alterations will be brought back to life. The designers based themselves on extensive pictorial material – watercolor paintings, drawings, films and photographs, as well as the surviving fragments of decoration. As the authors of the project claim, their work should ultimately result in “the most faithful reproduction of the environment and the atmosphere of the family life of the last Russian emperor”. At the same time, the renovators deliberately refrained from recreating the interiors that were lost altogether. In the project developed by Nikita Yavein’s studio, modern architecture is implemented in the historic environment; it provides all the necessary innovation and comfort. However, it also leaves capacious spaces and gives one an opportunity to listen to the original, not distorted by the falsity of dubious interpretations, voices of the ages past.
Text by: Nikita Yavein, Ilya Pechenkin
Translated by Anton Mizonov 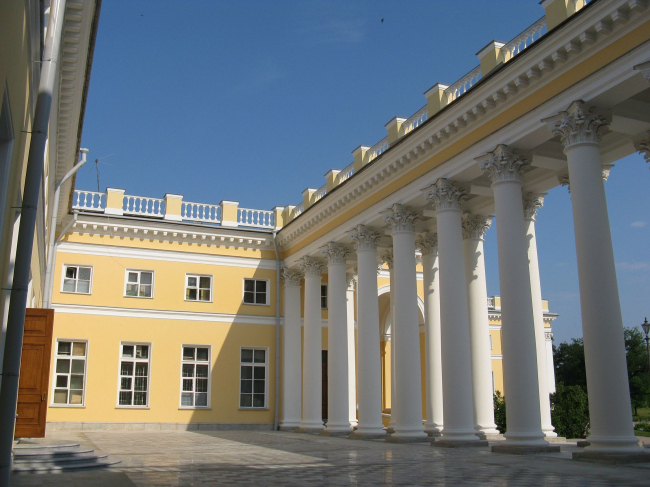 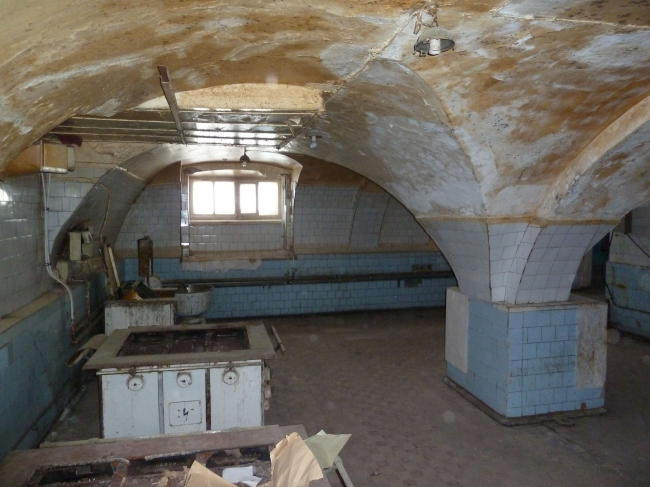 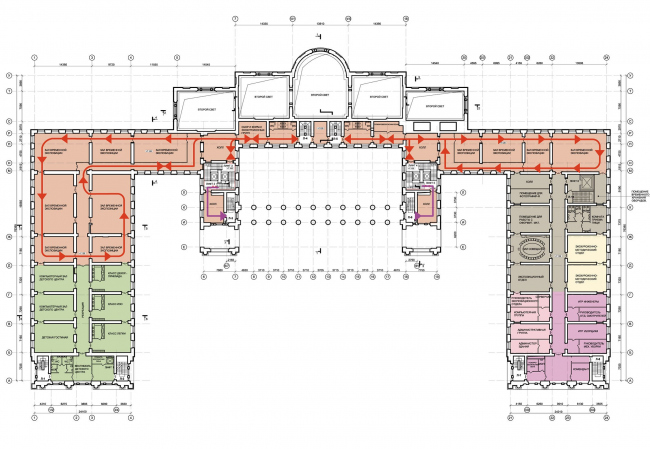 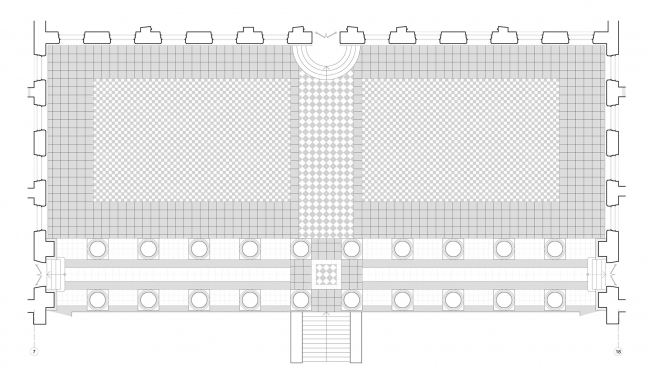