Beauty will save the world. The building in Tessinski pereulok – ARX award winner.

It seems, that the history repeats again, with this project things are same as used to be with Sergey Scutratov’s previous very successful ones – he keeps on collecting awards, he has got 2 for the past six months – the premium diploma at Arch-Moscow in June, and a few days ago - ARX awards for the best project. As the Evgeny Assa, the expert of the nomination, has noticed, the project by Skuratov unfailingly accord the architectural quality.

Bestowing the award, Evgeny Assa told that had chosen Skuratov’s project for its poetry introduced into the architecture. According to the expert, there is too little of poetry in the modern architecture, and the projects by Sergey Skuratov outline against the rest. Really, another things prevail, but Skuratov’s buildings do not veil their artistry, concern to the plastic, thoroughly worked out, like the color gradient of the brick, specially matched on computer. Or the imitation of roughness in the future facing, some bricks will be put a little deeper inside then others. Or a gift to see graphic beauty in facades development that turns from technical graphics into a conceptual sketch on a housing in general. Thoroughly worked over, the fine architecture, architecture-sculpture; what is special is that the author does not hide his dedication more to art, to say more exactly, to plastic issues, not sheltering behind technical, social, economic or some other reasoning. The height of the buildings, for example, he has defined from clearly plastic reasons, but not estimating the required height in meters for the elite residence.

Nowadays it is quite challenging to say openly about the interest in fine/pure art – daring and surprising. We have asked Sergey Skuratov, whether he feels as if he is an artist among the pragmatists, so to say an oppositionist, and has told about the troubled process of inventing exact words for the approvals of ‘Tessinski’...A kind of translation, as the architect noticed, from beautiful and poetic Russian into language of terms, that have chance "to pass". That is an indispensable practice, poetry is appreciated only at awards, and yet not at each of them, but a trip of the project over authorities leaves out poetry.

Treated kindly by critics, ‘Tessinski’ at the approvals was to be reduced in height, so that it wasn’t seen from afar, and to the general line of housing. They said to the architect, that he had ‘enclosed’ a seven-storey building into a five-storey one (it means that the building is higher than a five-storey building should be). And then, why after all the house looks like a factory building of XIX century, but there is no total similarity? Where the accuracy of reproduction? Do explain that! But it is possible to explain either technically or copying the surrounding. The art reasoning are never taken into account in our country, an architect seems to be more of construction part, than an artist. And how the architecture manages to grow up in such conditions?
Must say, it is remarkable how strong is the urge to save the context by means of cutting heads of everything that sticks out. It seems that sometimes the context is understood as a general monotony - the more it is humble, the more contextual is. Hardly it is possible to save the city this way – destroying original buildings with one hand, to replace them with its moulages.

The Skuratov’s building – is not a moulage, it looks ahead, but not back, it creates a new image of the city center building. Must notice, «Butikovsky» and the Cooper house do the same, sequentially suggesting fine solutions, which rather comprehend context than ‘fit’, creating new do not confront with traditions, exist confidently within it. Between the two extremes - denying modernism and contextual moulages – for sure there is a mid way through comprehending the city texture, solving the problems of a location, so to say, curing them. «Tessinskii» goes that way – as Sergey Skuratov has planned, it should become a core of reabilitation of its block, its transformation into modern and beautiful. And the cure follows the same way, that is not trusted neither here, nor there, according to an old architectural recipe which is rarely used, and those who dare, not always tells about that. The cure by means of beauty. 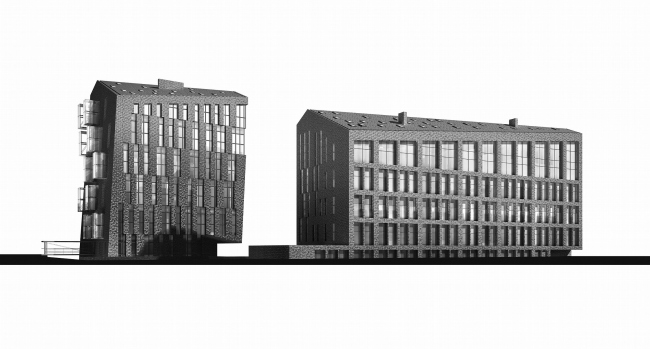 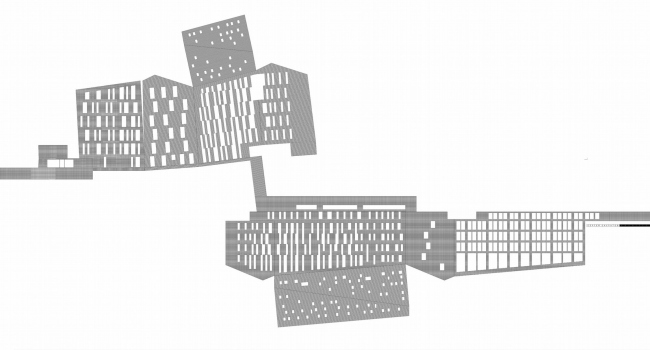