The premium of the name of Jacob Chernihov: ceremony of rewarding

In the evening on November, 14th at the Russian Academic Youth Theatre (former Central Children's) the international premium of a name of Jacob Chernihov in the field of conceptual architecture «The Call of time» has been handed over for the first time. Ceremony represented the whole theatrical representation which began with the approach to the theatre.

The entrance to the building of theatre represented the huge corridor designed from white cloths tense on a metal design with emblems of fund Chernihov. The red path conducted through the corridor. The interior of a classical theatrical building was, under the concept of the premium, changed for vanguard "suit": a wardrobe have veiled an impenetrable black screen, on walls of a hall were installed Chernihov’s projects, representation was accompanied by modern ballet and a video projection.

In spite of the fact that names of the winners were known in advance, there were a lot of different spectators, beginning from children, with impatience expecting when their rewarding will begin, up to the most representative visitors. Ceremony of rewarding was conducted by known showman Vladislav Fljarkovsky.

The main visionaries and builders of the future - children have received the first awards . In opinion of organizers, this part of the premium was the most important than the others and it will become history, because now very few people pays attention to children's creativity. The main prize among children's competitions, face value in 2 thousand euro got Evgenie Shirkina which has drawn the «Dragon» by feet - this courageous and non-standard course as has noted jury, has filled figure with power distinct from others.

In other children's nomination the first place have borrowed Egor Gvozdetsky for «the Architectural complex «J.Chernihov's Dedication», Ekaterina Egoshkina for the project «the Planet-house » and by accident the first foreigners in this premium have appeared two Italian children, as well as the main nominees. Architect Hazanov has addressed to children as to the future colleagues and «excellent followers», having stated a wish that in years they have kept the power, love to imagination, to a Utopia and to a Mirage». More than a half of a ceremony has been devoted to children and still, maybe, because of skilful and pertinent comments оf Fljarkovsky, all has got similarity to a family children's holiday and made as a whole very positive impression on present.

Eve Dietrich (Germany) won in nomination «The Project of a museum of modern architecture of a name of Jacob Chernihova ». This nomination has been conceived "to think up" a building for Jacob Chernihova's real museum. The main architect of Moscow Alexander Kuzmin, congratulating the winners, on its own behalf guaranteed support of a plan of the  creation of the museum by authorities.

The nomination « the Best computer animation on the basis of Jacob Chernihova's compositions » with prize-winning fund 10 thousand euro was won by young architects from seven countries of the world. Congratulating them, chairman of Fund Andrey Chernihov has told: « It is remarkable, that there are children who can lift a glove thrown decades ago, and to show, that any techniques, any tools and any technology is only means for expression of spirit of the person », having shown that even such time-dependent nomination is awarded first of all for ideas, but not for what has turned out as a result.

The main premium of a name of Jacob Chernihova was handed over by the ambassador of Italy, it is probable because the winners became Italians Piero Vittorio Aureli and Martino Tattara though they work in Holland and name of their group DOGMA  is in general European.

The victory of Italians is symbolical, this idea has been declared at the ceremony - in fact the avant guarde has begun with the Italian futurism which has been picked up by Russian artists.

After the ceremony of rewarding the film devoted to Jacob Chernihov has been shown. 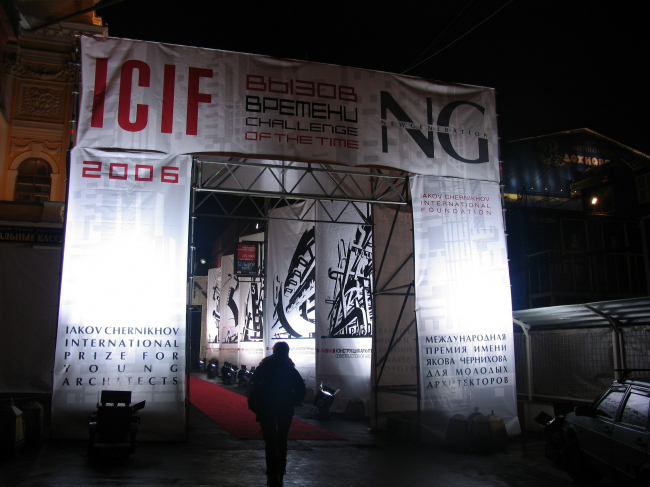 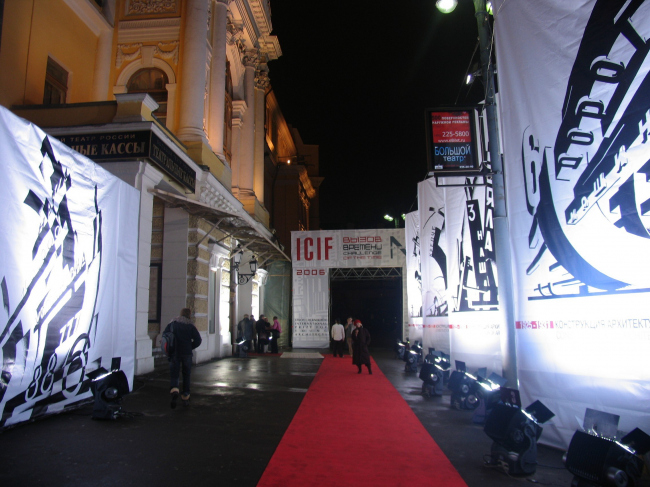 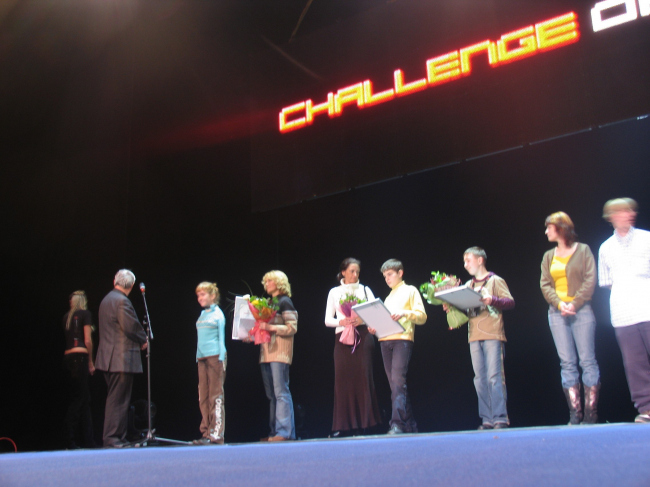